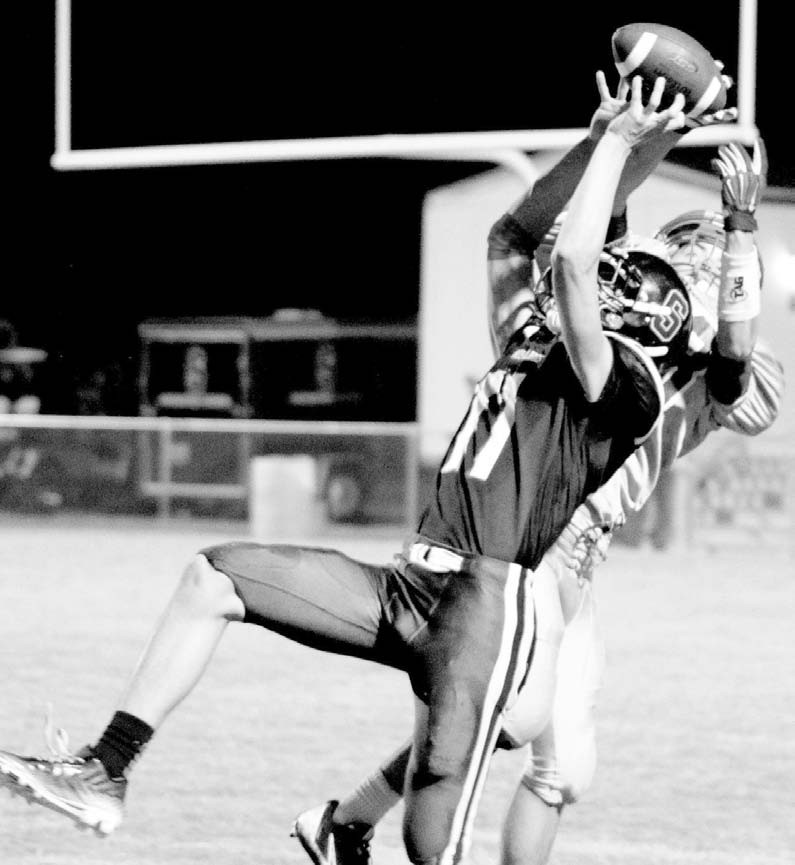 Southeastern’s Austin Cates pulls in a pass in front of an Addison defender.

The visiting Addison Bulldogs unleashed a powerful running game and pulled away for a 27-7 victory over Southeastern Friday night.

Southeastern actually got on the board first when Austin Pearson found a seam in the Bulldog defense and raced 47 yards for a touchdown in the first quarter.

Unfortunately, that would prove to be the offensive highlight of the night as the Mustangs had a punt blocked and fumbled twice.

Mustang quarterback Brad Atkinson, who left the game with a shoulder injury in the third quarter, completed 6 of 17 passing for 51 yards but he was victimized by several dropped passes. Cole Garner completed 2 of 5 for 50 yards after Atkinson was injured.

Pearson led the Mustangs with 47 yards and a touchdown on six carries. John Sims had 13 yards on three attempts.

Mauris Zamora had 18 tackles, three for loss, and an interception to lead the defense. Garner and Kevin Grubbs each had 12 tackles and a forced fumble. Conner Barton recovered an onside kick.