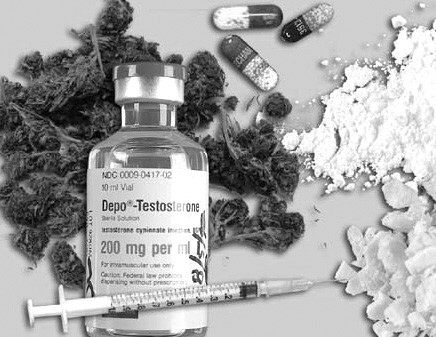 Addiction seems confusing and baffling. Many people in this county know first hand the price of drugs and alcohol. During the course of a single day, I heard several individuals’ own accounts of the impact of drug sales.

A person who used to work for the railroad recounted being on a train moving 25 mph towards a bridge. A father and his son were trying to run off the bridge when the boy slipped and fell. The father returned to his son and tried to carry him to safety without dropping a six-pack he was holding. They were both struck and killed.

Another person told that his father held on more tightly to his alcohol and chose the addiction over his son. Even though the father died year ago, to this day the longing for his father’s love still dominates his life.

A third man discussed his father’s Dr-Jekylland Mr.-Hyde transformations that were a function of drinking. Anxiety would build up every evening not knowing “who” to expect when his father came home from work, perhaps ready to beat up his mother.

A lady who grew up in a home with addicted parents reported that she was locked in a fireplace for three days in a row when she was a child. When she was 9, her parents divorced following an argument over her father’s dirty socks. She felt guilty because caring for his clothes was one of her many chores, including taking care of her brothers and sisters.

Use of drugs has landed so many people in Alabama prisons that many men are housed three to a cell at the St. Clair state prison, which I visit each week to teach classes. The men and women in prison are not just statistics. They are fathers, mothers, sons, daughters, and the person who used to live just down the road. Like yourself, they may be the adult child of an alcoholic still suffering from childhood emotional and/or physical abuse by their parents. Perhaps like your son or daughter, they were caught up in drug use when young.

This is the first in a series of articles that will examine the underbelly of addition. The goal is to have a better understanding of addiction so that it no longer has the power to dominate or destroy lives. Besides addiction to illegal drugs and alcohol, addictions to tobacco, food, work, and relationships will also be discussed.

If you studied a physical object you would feel the object, smell it, and look at it in order to get a three-dimensional understanding of its characteristics. Addiction is not an object that we can directly feel, smell, or see. In order to get a three-dimensional view of addiction, we will examine it from three perspectives: physiological, psychological, and spiritual.

We see people walk daily into Hope House filled with despair, depression, anger, and anxiety. Addiction thrives in such dark emotions. It is a pleasure to see individuals’ faces come alive and radiate joy and as they find a new understanding and vision of themselves. The quality of our lives and our families’ lives can change dramatically when the light of understanding, love, and compassion reaches the dark regions of our minds. Addiction runs from this light.

This article begins a series of several installments covering the many faces and forms of addiction. It is a collaboration among Alden Brindle, intensive outpatient director at Hope House, his wife Marie, Hope House counselor, and feature writer Nancy Jackson.