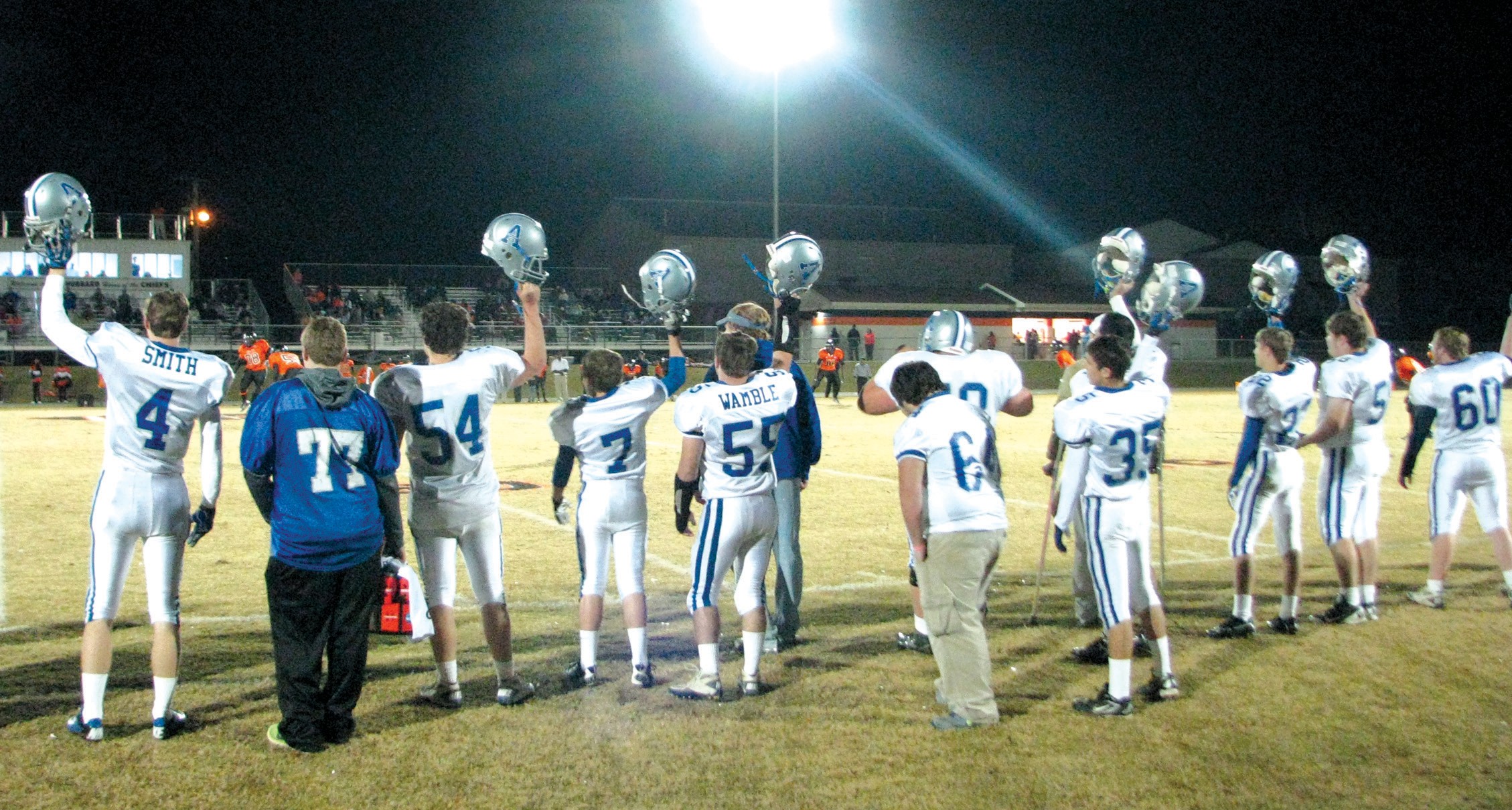 The Eagles are ready for the opening kickoff.

The road from Appalachian to Courtland isn’t a short one. Especially for teenage boys. In a cramped bus. On the way to one of the biggest football games of their lives. Yet, they remained focused and headstrong on the two-plus hour drive to the town in the northwestern part of the state.

The Appalachian Eagles (5-3) began their journey to play the R.A. Hubbard Chiefs (7-3) last Friday just before 3 p.m. Discussion between the coach and the bus driver centered on a couple of light-hearted conversations concerning college football or other high school games across the state, but coach Joe Willie Whited was just as focused as his team.

Some players had their headphones on, some slept, and some just gazed out the window perhaps visualizing the game ahead. Poised and ready.

Save for a moment of normal teenage-boy antics when one of their fellow players fell asleep, and, of course, pictures were taken – one can only guess the unflattering photo ended up posted to one or more social media websites – the team was calm.

The antics ceased the closer the team came to their destination. As the minutes ticked down, the boys livened up.

They arrived with more than an hour to prepare more for their opponent. As per normal for football teams, they first walked the field, one they had never stepped foot on before, yet was soon to be where they found out their football destiny.

Warm-ups began, and the team that had been so silent on the bus, was suddenly loud, rowdy, and energetic.

That energy never stopped. Not when the Chiefs scored. Not when the crowd disagreed with the referees. Not once. This was the Eagles’ moment, and they weren’t holding back.

But, sometimes, no matter how much energy is expelled and how much preparation is made, you can’t always come away with a win.

The hard-fought battle was over, and so was the Eagles’ season. R.A. Hubbard Chiefs 29, Appalachian Eagles 14.

The bus was quiet again on the way back to Appalachian, but a silent bus says a thousand words.