A short history of Wassausey

Blountsville: town with an energetic past

Wassausey. If that’s the answer, what’s the question? It is,“What was the name appearing on the earliest map of Alabama for the settlement that later became Blountsville?” Wassausey was the name of the Indian village, subsequently translated as “Bear Meat” or “Bear Meat Cabin,” named for the Indian translator who lived there.

Other quick facts of early history

• Early settlers were Caleb Fryley and John Jones who, in 1816, established homesteads and a blacksmith’s forge in what was to become Blountsville.

• The town officially became “Blountsville” (and the county seat) when Blount County was officially downsized (other counties were formed from its territory) and re-created in 1820. 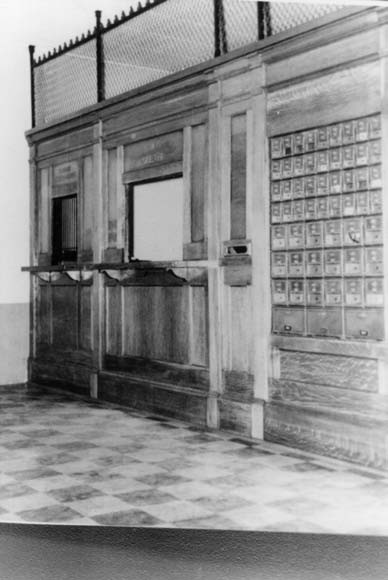 • It was named for Willie (pronounced “Wiley”) Blount, Governor of Tennessee from 1809 to 1815. Blount was instrumental in the settlement of the area, providing military assistance leading up to and after the Battle of Horseshoe Bend in 1814, which resulted in the surrender of Creek lands and opened much of north central Alabama to settlers, many from Tennessee and South Carolina.

• The town was incorporated in 1827. A brick courthouse and jail were built in 1833. The foundation of the courthouse, which burned in 1895, still exists as the foundation beneath Blountsville Pharmacy on Main Street in downtown Blountsville. It can been seen at the rear of the store. 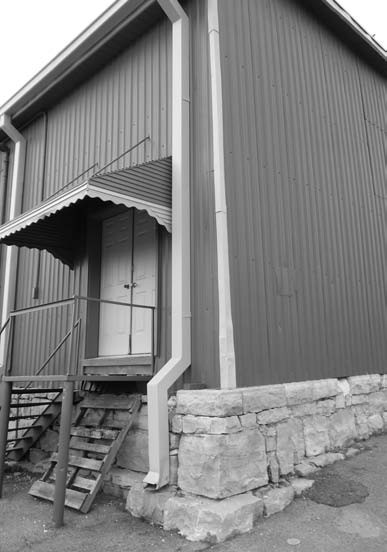 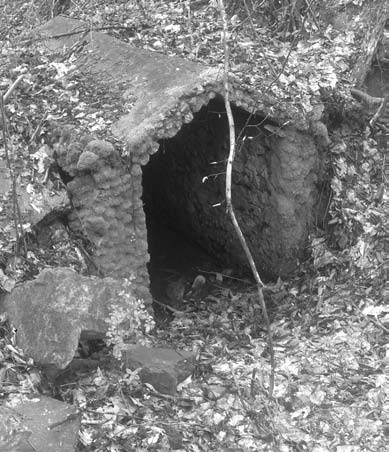 Mystery ‘stone doghouse’ structure located just down the hollow from Blountsville Spring; if you can identify it, call David McAlpin at 363-0440 and tell him what it is.

• Blountsville played an active role during the Civil War. It served first as a headquarters for the Confederate Quartermaster Department, as a depot for provisioning horses. Later, in 1863, it was the site of a running skirmish between U.S. Army Col. A.D. Streight, who briefly occupied the town and Confederate Gen. Nathan Bedford Forrest. Still later, it was occupied by federal cavalry under Gen. Lovell Rousseau. 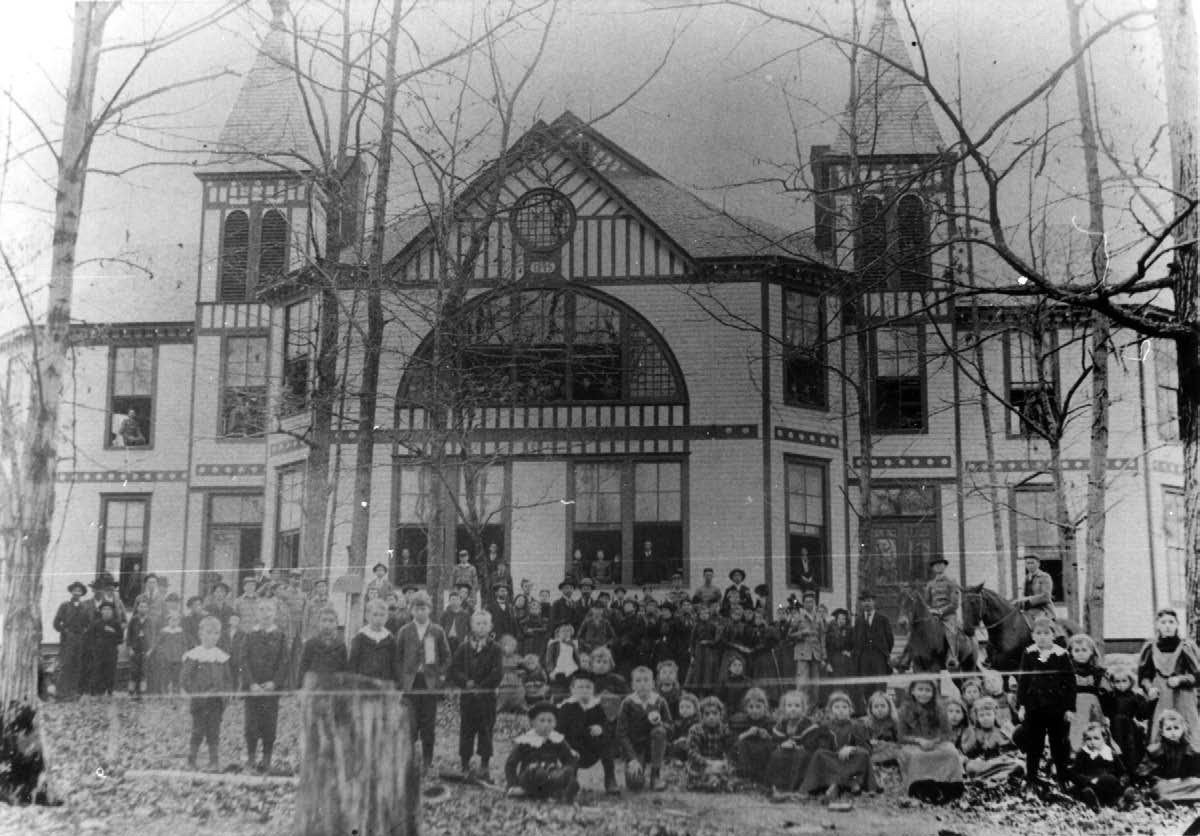 • The beginning of the end for Blountsville as county seat came in 1877, when Cullman County was formed from Blount County’s western side. Blountsville, which had been centrally located, now found itself near the western boundary of the newly reduced Blount County. In 1888, the Birmingham Mineral Railroad extended its line to Oneonta to serve the Champion iron ore mine, and the next year, the courthouse was moved to the newly burgeoning town there.

• Blountsville got off to an early start as a center of area education with the establishment of Blount Academy in the 1850s. It later became Blount College, moved into the former courthouse in 1890, where it remained until the building burned in 1895. The Ninth District Agriculture School operated for many years in the late 1800s, closing in the early 1900s. 20th century 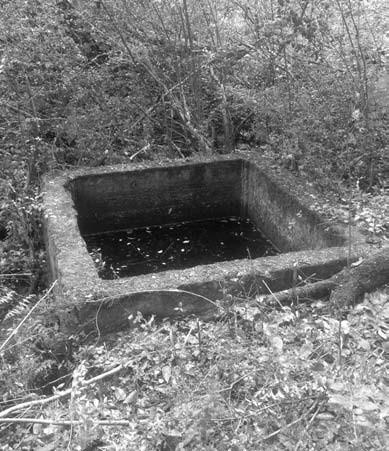 Old Blountsville Spring, located about a quarter mile south of City Hall; source of the town’s water during a period of the 1800s.

Census information beginning in 1910 for Blountsville shows a population of 287, up from an estimated 100 in the 1850s. Twenty years later, on the cusp of the Great Depression, population had grown to 468. At one time, during the peak of its agricultural era, coinciding with the heyday of cotton farming, the town boasted three cotton gins. 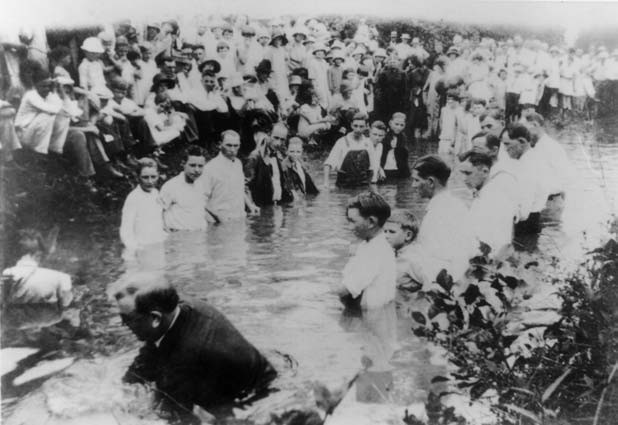 The modern era in Blountsville began perhaps in the early 1940s when U.S. 231 was paved from the top of the hill south of town, down the main street and a half mile further north to J.B. Pennington School, thus connecting the two paved segments and making a continuous route through town.

Shortly after the war, as the 1950s approached, the town began to grow toward – and even beyond – its present dimensions as one resident remembers, with a Western Auto, a dry cleaners, four grocery stores, two drug stores, three hardware stores, four gas stations, and a farmer’s co-op. The Ratliff Building itself, sitting at the town’s main intersection of U.S. 231 and County Road 26, contained a grocery store, dry goods store, cafe, post office, hardware store, and apartments on the second floor – though perhaps not all at the same time. Oh, and a movie theater (the Fox?) graced main street across from the present pharmacy.

It was as if Blountsville was preparing for its great leap forward. That occurred in the 1960s when the population nearly doubled – from 672 to 1254 – the greatest growth spurt in the town’s history. The cause was an unprecedented coincidence of economic forces leading to a surge of employment in the area. Spring Valley Farms (not Beach) built the chicken processing plant south of town, subsequently acquired by Tyson, and now one of the county’s largest employers. The number employed initially isn’t known, but may have reached as many as half of the 850 reported in 2008. Blount Manufacturing, also known as K&D Industries, and referred to locally as the Liberty Jeans Plant or sim- ply the Sewing Plant came to town and put folks to work, well over 100 of them, by one local estimate. The J.P. King and Sons eggprocessing plant likewise became an employer to be reckoned with. The King family followed up with a Chrysler dealership, contributing a further boost to the local economy.

Hard to say what Blountsville may have felt like to residents back then, but in retrospect it looks like Blountsville was booming. The town seemed to take a breath in the 1970s as indicated by a mere 20-percent growth rate that decade to 1509 souls, preparing for a major encore in the final years of the century.

The encore was led by two industries: finance, in the form of a virtual banking empire with the appearance of Community Bank, headquartered there; and outdoor recreation led by the appearance and mushrooming growth of one of the state’s main outdoor water park attractions: Spring Valley Beach.

Community Bank was simply a phenomenon. Starting in the mid-1980s with the acquisition of the Bank of Blountsville, Ken Patterson parlayed the firm into a dynamo with more than 30 branches, including banks and savings and loan locations scattered over north Alabama, and total employment in the 300 range, about a third of them in the Blountsville area. The firm ran afoul of federal banking authorities after 2000, and was subsequently acquired by Superior Bank in 2006. The processing complex south of town was shuttered, and an exhilarating period in the life of Blountsville not-so-quietly wound down. But not before Blountsville reached the apogee of its growth in 2000 with a population of 1768.

Meanwhile, Spring Valley Beach continues to flourish and add attractions, consolidating its position as a major economic force and as a leading recreational venue in the state. The town has receded a bit since the highwater mark reached in 2000 to 1707 estimated for 2013.

In the midst of all this commercial hubbub, the town managed in the early 2000s until the present to develop a first rate historical park to embrace and reconstruct its pioneer past, giving insight into the early Alabama frontier. Also, in an up-from-its-ownbootstraps civic operation, it built a municipal library that would be the pride of a town five times its size.

Looking at Blountsville’s history gives a pervading sense that the town’s not done. In fact, its very location – halfway between the economic engines of Huntsville and Birmingham and only 20 miles from Cullman – not a bad little economic motor itself– suggests there may yet be a remaining renaissance role for the town to play in the economic manuevers of the future.

Don’t count Blountsville out. It may be just lying in wait.