A service dog for Maddie 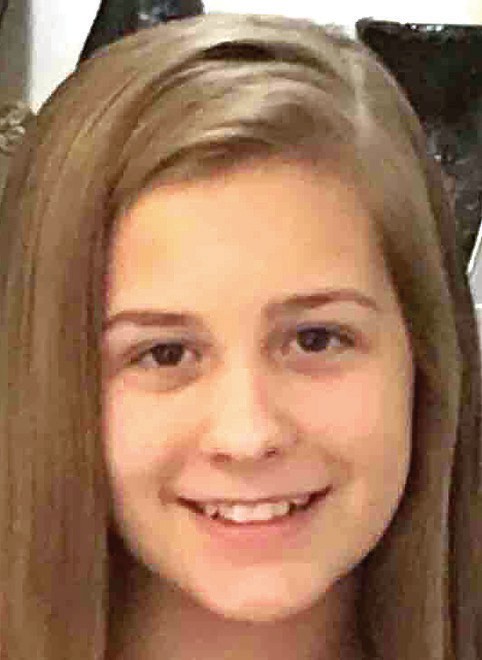 In an effort to keep Madison Roy safe from the seizures triggered by a rare form of epilepsy called Jeavon’s Syndrome, the family is on a mission to secure a service dog for her.

Since her birth, she has excelled in everything she attempts. She has been a straight “A” student until this year despite having dysgraphia, a learning disability that affects writing abilities, and dyslexia, a learning disorder in reading. She obtained a Black Belt in Tae Kwon Do by age 9 and is a starting guard at Locust Fork High School.

Despite the challenges she has faced, Maddie has always hit them head on. Now she faces this diagnosis that has turned her life upside down. Jeavon’s Syndrome is causing Maddie to experience four different types of seizures, including grand mal seizures, which are considered the most serious. These seizures cause Maddie to lose consciousness. When she wakes up, her body is sore and she has no memory of what happened. Head injuries are the number one injury during a seizure.

While Maddie was only diagnosed within the last few months, looking back, the family now recognizes signs that indicate she has had Jeavon’s Syndrome for years. Because this is an extremely rare form of epilepsy, there is little known information. One thing that is known is that onset is usually between ages 2 and 4.

With this diagnosis, Maddie can no longer use sharp objects such a knives or scissors and has to avoid hot items like the stove, microwave, or hot food. She is no longer able to take hot baths as the heat can trigger a seizure, and her showers must be monitored. Maddie has gone from an independent person to someone that is essentially monitored 24/7.

To help reduce the risk of seizures, Maddie is now wearing special glasses that have polarized blue lenses to help with photo paroxysmal response, as different lights can trigger a seizure.

Maddie’s doctors have also recommended a service dog to help her once again achieve independence and protect her from injury. Having a service dog will allow Maddie to get to safety before having a seizure, as the dogs are trained to detect a seizure up to 30 minutes before they occur. They are able to let her know if the seizure is going to happen and give her time to put on her protection.

The dog will be able to detect stress and dehydration, as well as acting as a guide dog in the event he senses a seizure. The dog will alert her to close her eyes and lead her to safety. The dogs are also trained to alert the parent/caregiver of the oncoming seizure, or if the person is down.

Because of Maddie’s particular form of epilepsy, she has been placed on priority status to receive a service dog. She will have to train with the dog for three weeks. The initial investment to cover the cost of the dog, insurance, training for Maddie, and ongoing care is estimated to be around $75,000.

A dog has been located and will be ready in six weeks if the family can raise the money needed. They are asking for donations to help make this need happen and reiterate that any amount is greatly appreciated. A GoFundMe account under the name “A Service Dog for Maddie” has been set up to help raise the much-needed money. An account at HomeTown Bank has also been established.

Maddie’s grandmother, Denise Roy, said the family is so grateful to everyone who has shown love and support to the family during this time. She said the community has helped tremendously and that Locust Fork Baptist Church will be hosting a spaghetti supper on Friday, Feb. 1, and a painting party on Saturday, Feb. 9. All proceeds from these two events will be donated to the Roy family.

Denise said that throughout her life Maddie would conquer whatever she set her mind to. As she conquered things, Maddie would say, “This is the best day of my life.” In recent months, she has not heard her granddaughter say these words.

She went on to say that through all of this Maddie has had a good attitude and believes she will defeat this challenge despite the major changes in her life. She admits that Maddie does get down at times, especially because of the loss of her independence, but is looking forward to the day when Maddie once again says, “This is the best day of my life.”