A salute to Veterans 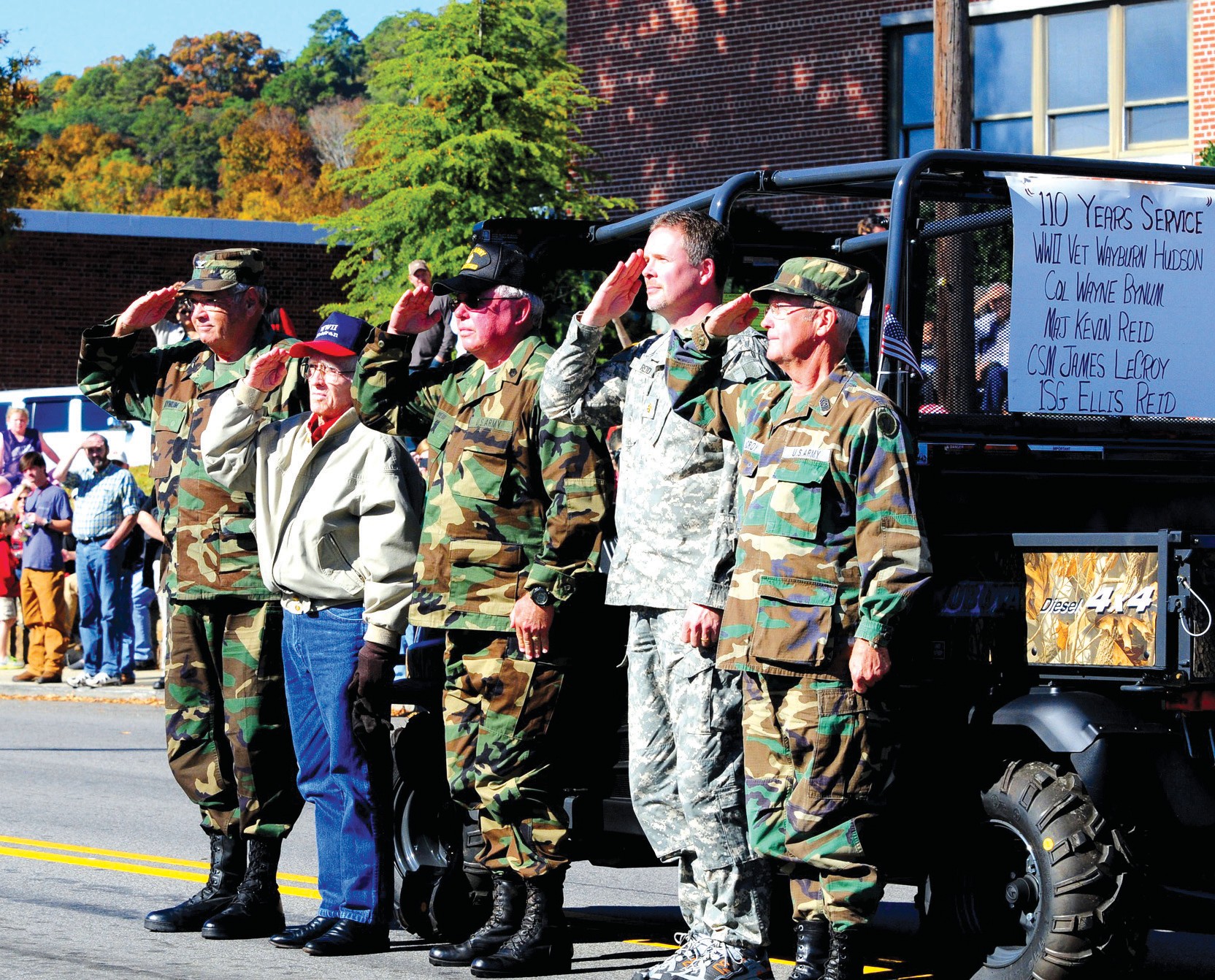 In its sixth year, the Blount County Veterans Parade offered a salute to those who have served our country, including, from left to right, Col. Wayne Bynum, World War II veteran Wayburn Hudson, 1st Sgt. Ellis Reid, Maj. Kevin Reid, and Command Sgt. Maj. James LeCroy. On Saturday, 71 participants ventured down the streets of Oneonta in admiration of all United States veterans. “Operation Grateful Heart appreciates all the participants that took their time to honor our Blount County veterans,” said group member and Blount County Memorial Museum curator Amy Rhudy. Anyone interested in contacting Rhudy for next year’s parade can call 625-6905. “We would also like to thank the businesses and individuals that contributed to the Veterans Day Dinner on Friday,” Rhudy said. If you missed the parade, the museum will be playing the parade video beginning today through Veterans Day.