A look back at Moore-Jones 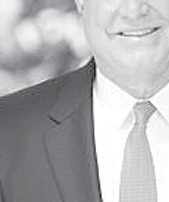 As we enter the 2018 campaign season, many of you have asked me to look back and analyze the 2017 Special Senate Election and explain in depth what happened and why.

The most asked question is how could a Democrat win a U.S. Senate seat in Alabama and does this mean that we are now possibly a two party state? I will give you numerous answers, however, the simple answer to why a Democrat won is that Roy Moore was the Republican nominee. Are we a state that can go either way in an open U.S. Senate seat? As we have just seen, it is possible but not probable.

The Democrat, Doug Jones, won in the perfect storm. We will probably never have this same scenario again. There are two maxims in politics that never fail and become truer and truer. The more things change, the more they stay the same. One is money is the mother’s milk of politics. The second is that more people vote against someone or something than vote for someone or something.

To the first adage, money is the mother’s milk of politics, nine times out of ten when one candidate out spends the other the one who spends the most usually wins. When one outspends the other 3-to-1, they always win. In this race, the National Democratic Party saw an opening and they seized on it.

The people in blue America are mad as hell that Donald Trump upset Hillary Clinton. Our senate race was the only race in town – or should we say the country. Not only do Democrats despise Trump, but when they heard that Alabama had a Republican candidate that is a pro-God, pro-gun, gun toting, anti-abortion, horse riding, religious zealot that said that he was not only against gay marriage but said that gays were legally committing bestiality, the nation saw Roy Moore as a little extreme in today’s America. In addition, a good many people around the country believe he is a pedophile.

The liberal and gay money flowed into here by the barrel. It came from New York and San Francisco and all liberal pockets in America. The bottom line is the Democrat, Doug Jones, outspent the Republican, Roy Moore, something like 6-to-1; $18 million to $3 million and that does not count the soft money spent by the National Democratic Party that was to get people out to vote.

The book was written on Moore from the start. The first poll and the last poll revealed that 30 percent of Alabamians would vote for Roy Moore come hell or high water. However, he is so polarizing that a whopping 70 percent said that they would not vote for him under any circumstance.

The reason that he won the Republican nomination was that his 30 percent became accentuated due to turnout. His voters are more ardent, fervent and frankly older. Moore’s 30 percent did indeed vote on Dec. 12. The problem for Moore was that the 70 percent that detest him voted more than was expected.

The biggest part of that 70 percent was African American voters who voted in epic, unparalleled proportions. It was statewide. It was not only in the urban counties of Jefferson, Montgomery, and Mobile and the Black Belt. This tidal wave occurred in all 67 counties. African American voters came together in a crescendo and sent Roy Moore to a watery grave. Doug Jones owes his election to the Black voters and he knows it.

A significant number of urbane, upscale, more educated business establishment Republicans voted against Moore, pragmatically. The image that Moore portrayed to the nation was bad for business and economic development. The best example of this was the results in Madison County. Huntsville is Alabama’s crown jewel and economic engine and people there generally vote Republican. Moore lost Madison County by 20,000 votes.

Sen. Richard Shelby contributed to Moore’s defeat. His refusing to vote for Moore and his open acknowledgement that he cast a write-in vote for an unknown Republican gave credence and impetus for other Republicans to follow suit. There were about 22,000 write-in votes. Moore lost by 21,000.

How does this play into 2018? It gives Walt Maddox and Sue Bell Cobb hope and credence that under the right and perfect circumstances a Democrat can win. However, it probably does not change the fact that a Republican gubernatorial or senatorial candidate will be favored to win 60/40. Luther Strange or Mo Brooks would have won the Senate race 60/40.