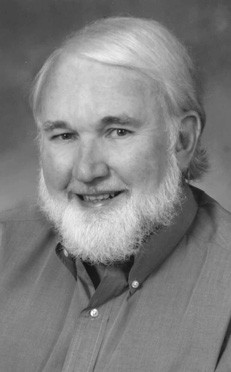 Lame Duck Attorney General Troy King wanted to get the lawsuits started against British Petroleum (BP) over the Gulf Oil Spill and he filed them last week in federal court in Montgomery.


King claims BP’s public relations game is working. “They have persuaded some newspapers and politicians to call for more delays. Shame on BP and shame on us if we believe them,” King says.

“The lawsuits can always be settled if BP should suddenly ‘do right’ by Alabama and its citizens, but BP is now on notice: ‘Alabama intends to hold you good to your word and to make you put our state back the way you found it,’” King said.

The lawsuits – one against BP and the other against Transocean, Halliburton and other companies associated with the spill – seek economic and punitive damages. No specific amount is listed. Alabama is the first state to sue BP for damage from the world’s worst offshore oil spill.

“My decision to move forward stems from fear economic victims will be inadequately compensated and BP will shirk its financial responsibility,” King told me over the weekend.

Enter another Lame Duck, Gov. Bob Riley, who opposes King’s move and is trying to derail King’s suit by limiting fees to outside lawyers. One capitol observer was quoted a few days ago as saying, “Bob Riley trying to limit lawyer fees is akin to the fox guarding the hen house.” Riley just paid his buddy Drayton Nabers, the man he appointed chief justice but couldn’t get elected, $195,000 to advise the state’s lawyers about the Stimulus legislation and he has paid the firm where his son-in-law is a shareholder over $1 million to advise his anti-gambling task force. Nabers took his cache and headed for the coast. We’re still paying the son-in-law’s firm to shut down jobs in Alabama.

Anyway, Riley says that he believes King’s legal action is premature and could unnecessarily complicate the state’s negotiations with BP over the compensation owed to Alabama as a result of the spill. He says he is powerless to stop King from suing, but that he is taking steps to bar private lawyers from taking an exorbitant share of the money owed to Alabama.

Riley said King has offered private law firms a contingency fee of 14 percent of the state’s total claim if they will join the case but believes that is unwarranted. King, who filed the lawsuits Thursday in U.S. District Court in Montgomery, said that his office has signed no contracts with any outside counsel. But he said Riley was naive if he thought that cash-strapped Alabama could handle a case as massive and complex as the BP litigation without assistance.

“BP is one of the biggest corporations in the world,” King said. “They know the budget constrictions we’ve got. They are absolutely rubbing their hands with glee at the idea we won’t bring in outside counsel.” King said he was taking steps to protect Alabamians “whether the governor agrees with me or not.”

And King is right. A fee of 14 percent is small compared to what a top-notch law firm would charge to work on a case where they are not paid unless they win. These are called contingency-fee cases and the usual fee is between 40 percent and 50 percent. He is also right about the fact that there are few, if any, lawyers working for the state with the expertise to handle a case against BP.

King got in the last shot: “Maybe the governor has bought into BP’s advertising campaign that they’re going to make everything right. But in my experience with BP, time after time, they have broken their word and failed to do what they have promised.”

We are one of only six states that failed to update any part of its unemployment program to qualify for $100 million in extra jobless benefits through the federal stimulus program. The others are Florida, Kentucky, Mississippi, Missouri, and North Dakota.

According to The Huntsville Times,
Republicans in the Alabama Senate killed bills in 2009 and 2010 that would have allowed the state to receive an extra $100.5 million in stimulus money for jobless benefits.

GOP members of the Legislature, according to the Times,
opposed accepting the money, saying it would require the state to pick up the tab in five years when stimulus funds expired. The unemployment rate in Alabama was 9 percent when the legislation failed in 2009. In July, it was 10.3 percent.

I can only hope God forgives …and corrects…our stupidity.