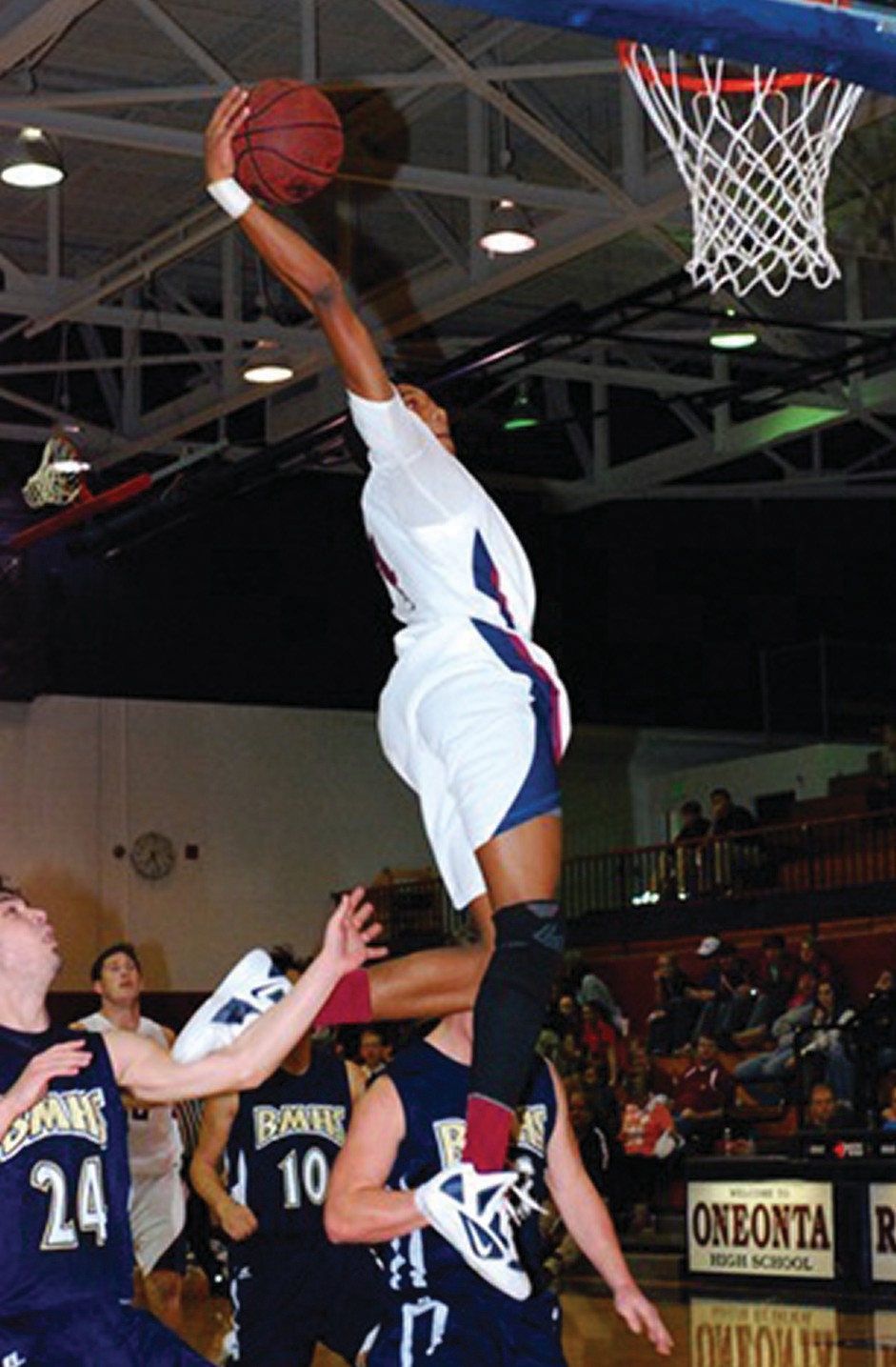 Oneonta point guard Keenan Warren flies in for a dunk during a first round game of the Oneonta Holiday Classic. The Redskins, ranked No. 6 in Class 4A, won their own tournament for the first time since 1983 with an 84- 77 victory over Hueytown in the championship game. The Oneonta Lady Skins also won their half of the tournament with a 48-44 victory over New Hope, Miss., in the finals. See Sports, A4.