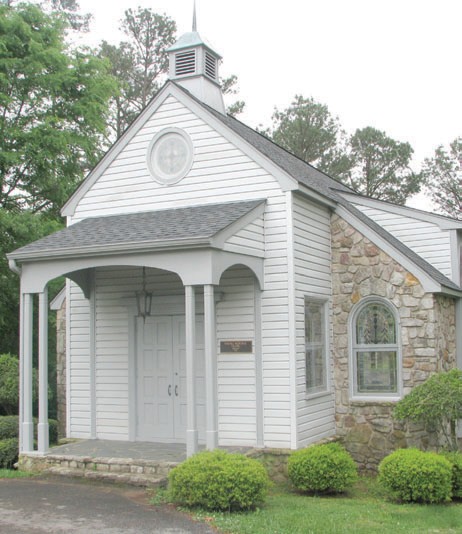 The Oneonta Cemetery Beautification Society Inc. can trace its beginning back to 1936.


However, the two cemeteries it cares for are much older.

Together the two cemeteries occupy more than 20 acres along Alabama Avenue and First Avenue East.

In 1936, the Oneonta Garden Club began a program of dedication to caring for the Old Liberty and Oak Hill cemeteries. During this period, the club would solicit sponsors for donations for mowing and other upkeep-related expenses of the cemetery. Throughout the years, the tradition of taking up money on Mother’s Day weekend began and the local National Guard unit helped man the gates. 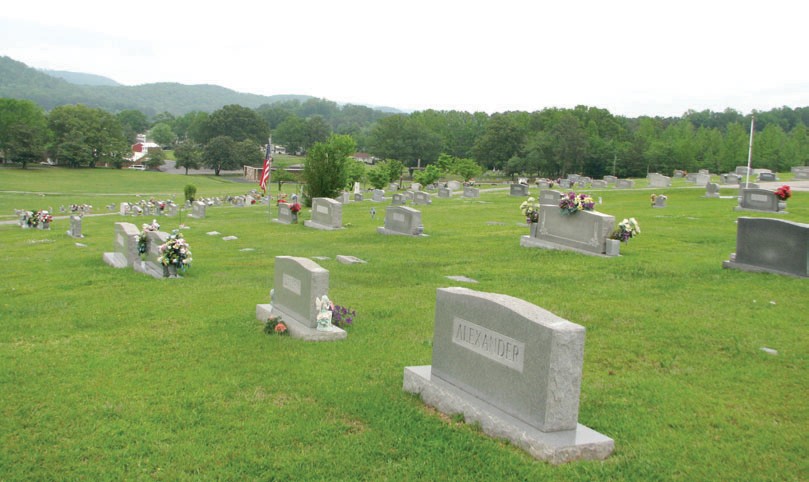 This club kept up the cause on its own for 20 years until the society itself was organized and incorporated in 1956. The garden club continued to work alongside the society for the next two decades until 1976 when the club opted out and the society began to operated independently.


Several names of prominent local residents come up during discussion of the cemetery and its upkeep. Mrs. P.A. Nash (Lottie Bynum) was one of the original committee members, as were Mrs. D.C. Rasco (Sally Stephens), succeeded by her daughter Mrs. E.L. Moore (Gussie), current board member John Pitts’s mother-in-law, and Mrs. J.S. Wittmeier (Mamie Stoghill), succeeded by her son Bill. Among others who have served are Sybil Fendley Hampton, Trenton Stewart, W.T. “Dub” Hitt, and Grady NeSmith. Of all those listed, Pitts, Stewart, and Hampton survive.

“John (Pitts) is really the driving force behind a lot of our work,” says Woods. “He took over from Grady NeSmith, who was the one who really took our fundraising and work to another level.”

Pitts joined the society in 1995 and, while he has never served as the group’s president, he has become the go-to man for information relating to the cemetery.

“I guess one of the most important things we do is help people find their plots,” Pitts says. “I can’t tell you the number of people that have come to us over the years saying that they had purchased plots in the cemetery but had no idea where they were or how to find them.”

Several changes have been made to the cemetery over the years, including one made by Pitts himself.

“I took down the fence that separated what was known as the “colored” cemetery from the rest (of Old Liberty),” he says. “That was back in the ’90s. It just seemed like the right thing to do and I’ve never had a single word said (against it).”

One of the cemetery’s most-recognizable landmarks is a relatively-new addition to the property. Oak Hill Chapel was completed in 1975 and has hosted countless memorial services, funerals, and weddings since.

Over the years, the beautification society has added a new roof and updated the heating-and-cooling system and painted the interior and exterior of the structure.

One thing the group has not changed is the original stained-glass windows which were taken from the original Oneonta First Baptist Church and installed in the chapel when it was built.

The society charges just $100 for use of the chapel for weddings but there is no charge for funerals.

The group also works to keep the cemetery clean and pays to have the grounds mown. One of the changes that Pitts is most proud of occurred in 1995 when the society used approximately $30,000 to pave Cemetery Drive and Little Chapel Road.

Upkeep of the cemetery runs about $40,000 a year for the group and that includes cemetery maintenance, along with upkeep of the chapel and related insurance and utilities costs. The society has set a goal of $1 million dollars for its trust and through the fundraiser is trying to get closer each year.

The cemetery has received numerous anonymous donations over the years and continues to be funded through money bequeathed to the society through wills.

The only fundraising activity done by the group will be this weekend when volunteers will man the gates at both ends of the cemetery to accept donations. This continues a tradition set by the Oneonta Garden Club more than 70 years ago.

Volunteers will be accepting donations from 6 a.m. to 6 p.m. Saturday and Sunday this weekend and the 35th annual dedication service will be Sunday at 11 a.m. at Oak Hill Chapel with Rev. Bert Goodwin as the guest speaker.

Here is an article written by J.E. Bynum and printed in The Southern Democrat
in May 1929:

Eighty years ago there was a Methodist
Church organized a short distance west of
Liberty Cemetery. Liberty Cemetery is one
mile northeast of Oneonta.

Seventy-two years ago the church built a
much larger house where the cemetery is
now. The Methodists sold their churchhouse

to the Baptists 45 years ago. The
Baptists erected a church in Oneonta 15
years ago and a part of the membership
moved to Oneonta and a part moved to a
church organized six miles northeast of
Oneonta.

The Methodists who first organized at
Liberty Cemetery were from South Carolina
and the church was named Carolina.

The first person buried in Liberty
Cemetery was my grandfather, Moses
Cornelius, 70 years ago.

There are now buried in Liberty
Cemetery 473 persons; 129 of these graves
are marked with marble tombstones.

East of this cemetery (a fence dividing
the two) is the Colored People’s Cemetery.
There are 195 buried in this cemetery and
14 of the graves are marked with marble
tombstones. Just a few paces southwest of
this is the new cemetery for white people. It
has 500 lots and a beautiful location, with
its thoroughfares 30 feet wide and lots with
a six-foot walkway ground. This cemetery
was laid off in 1904. My wife, Mrs. D.L.
Bynum, was the first to be buried there,
which was in 1904. Now there are 80 persons

have been erected in this cemetery.

In all the cemeteries the total number
buried is 748 with 195 tombstones. The
estimated value of these stones is $60,000.

Readers, will you please keep this for
future reference and remember who gave it
to you. To all who read this, may the beautiful

rays of the morning sun light your pathway

through life; and the evening sun, may
it paint the shadows a golden hue for you.
May God’s grace and love lead us all to that
place where there will be no more deaths.