A gift to the community 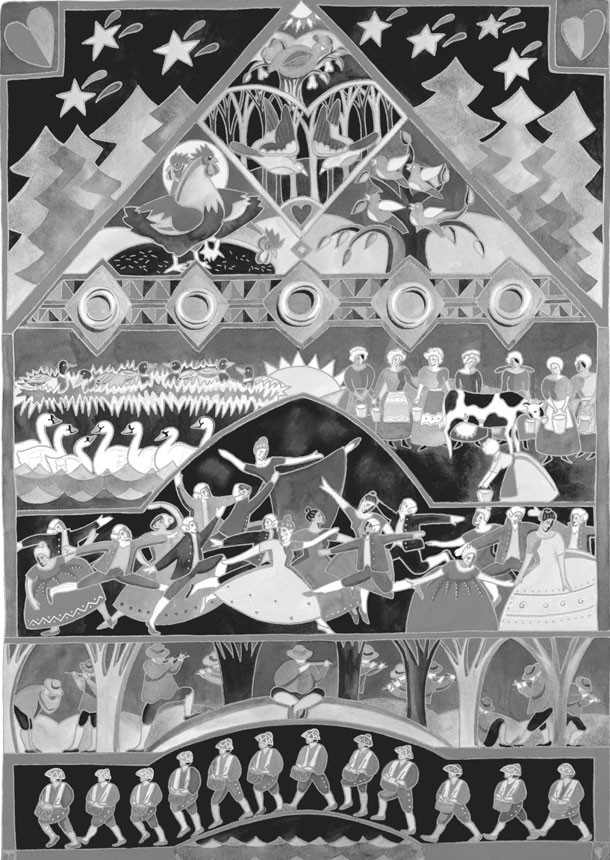 It is thought to be one of the first Twelfth Night celebrations in the county.


Calvary Episcopal Church in Oneonta invites the entire community to an evening of merriment, entertainment, and refreshments Tuesday evening, Jan. 4, from 7 to 9.

Josephine Rouse, church music director and organist, presented a Twelfth Night celebration at a study club meeting some time ago. That presentation initiated the idea for the coming celebration.

Chase Moore, director of Neely Arts Center’s recent production of It’s a Wonderful Life,
will be in charge of the entertainment and will present some of those actors.

A talent show will begin at 7.

Oneonta Chamber Singers’ performance will include the “Twelve Days of Christmas,” and the prize-winning Rebecca Sloan, high school student, will excite spectators with her clogging. A skit will round out the entertainment. All of this will take place in the nave (sanctuary).

A mini-art show elsewhere in the church will exhibit creations of local artists in several media – paintings and quilts among them.

Abundant goodies will be served in Sam Burke parish hall.

From early days of Christianity, the Season of Christmas constituted the 12 days beginning Dec. 25 and ending Jan. 6, the Day of Epiphany, when the church celebrates the revelation of Christ as the Light of the World. (Calvary Church’s Twelfth Night doesn’t hold firmly to that date.)

For hundreds of years, some Christians in England weren’t allowed to practice their faith openly. The carol “The Twelve Days of Christmas” was most likely created as a coded reference to important articles of the Christian faith. The “true love” mentioned in the song doesn’t refer to an early suitor but to God Himself; “two turtle doves” to the Old and New Testaments; “three French hens” to faith, hope, and charity; “calling birds” to the four gospels and/or the four evangelists, and so on. Oneonta Chamber Singers will enjoy performing the song, and guests are sure to enjoy the performance.

Calvary Episcopal Church warmly opens its doors to persons of all denominations as well as to nonbelievers. All are welcome.