A fun GOP primary could be coming 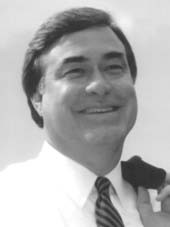 The presidential primary parade has been colorful and fun to watch this year. It has been even more amusing because of the pervasive presence of Donald Trump and the fact that those of us in the Heart of Dixie have a front row seat to the show.

Since we will have an early vote in the presidential fray, due to our being one of the seven Southeastern states having our preference primary on March 1, we are able to participate. We will be voting for president in less than two weeks.

Over the past few weeks I’ve been asked on TV and radio interviews if the inevitable nominees will be Donald Trump and Hillary Clinton. I would not use the word inevitable yet, but I would say they are the clear favorites.

Early on I thought that Donald Trump was a fad that would fade. However, he has been the frontrunner for about seven months now. He is for real and he is poised to carry Alabama’s GOP primary overwhelmingly.

We in the South have a history of enjoying our political characters. Over the course of our political folklore our politicians have been our entertainment. Louisiana had Huey and Earl Long. Georgia had the Talmadges. South Carolina had Pitchfork Ben Tillman and we may have had the best with George Wallace and the king of entertainment, Big Jim Folsom.

Big Jim would travel from town to town singing and dancing with his country band, the Strawberry Pickers. He was a roadshow, and at 6’9, he was the epitome of the words uninhibited and unfiltered.

Donald Trump is essentially nothing more than an entertainer. He is used to dominating the television stage with his reality show. He is a huckster and promoter and loves the limelight – he is George Wallace and Big Jim Folsom rolled into one. He has Wallace’s flair for demagoguery and Big Jim’s colorful flair for unbridled quotes. National political analysts are even saying that his voters are of the same profile as the George Wallace voters in the 1972 Presidential Race.

Trump epitomizes the anti-establishment and race-baiting politics that appeal to Southern voters. He is a throwback to a bygone era. Indeed, his presence on the stage this year could possibly pave the way for an epic event from another bygone era. Some are suggesting that we may see an old timey brokered convention at the Republican National Convention this summer in Cleveland.

The very large GOP field of well-funded candidates that are parading into Alabama may be able to stay on the stage longer than usual. It is a fact that Republican Party regulars perceive Trump as unelectable and find him unpalatable. Therefore, they will try to derail his train.

The rise of Super PACs and new political money raised online has put tons of cash into campaigns in amounts never before seen in history. Therefore, while in past years when someone does poorly in primaries and their money dries up and they winnow away, these candidates can continue to stay on the stage and cling to their delegates.

There has not been a protracted GOP convention that went beyond the first ballot since 1952. The last state primaries are on June 7. It takes 1237 delegates to be nominated and if Trump does not have that number, there will be a stalemate. This is a recipe for the conservative GOP regulars to have to deal with chaos.

Trump has forged to the front and is the presumed favorite but if there are still a host of candidates left by June it could prevent him from garnering the 50 percent needed to win. There may be a concerted effort by party insiders who generally believe that Trump is not the optimal candidate against Clinton in the general election. So they may try to block him.

However, they are overlooking the fact that Trump is the master of the art of the deal. The Don may deal them out and make a deal with either Cruz or Rubio or someone else to make them his VP running mate just prior to the convention.

It is a fun show to watch. We could wind up having an old-time convention filled with multiple ballots, floor demonstrations, dark horses and favorite sons, minus the smoke-filled rooms, because the halls today do not allow smoking. It would be a good show. We will see.