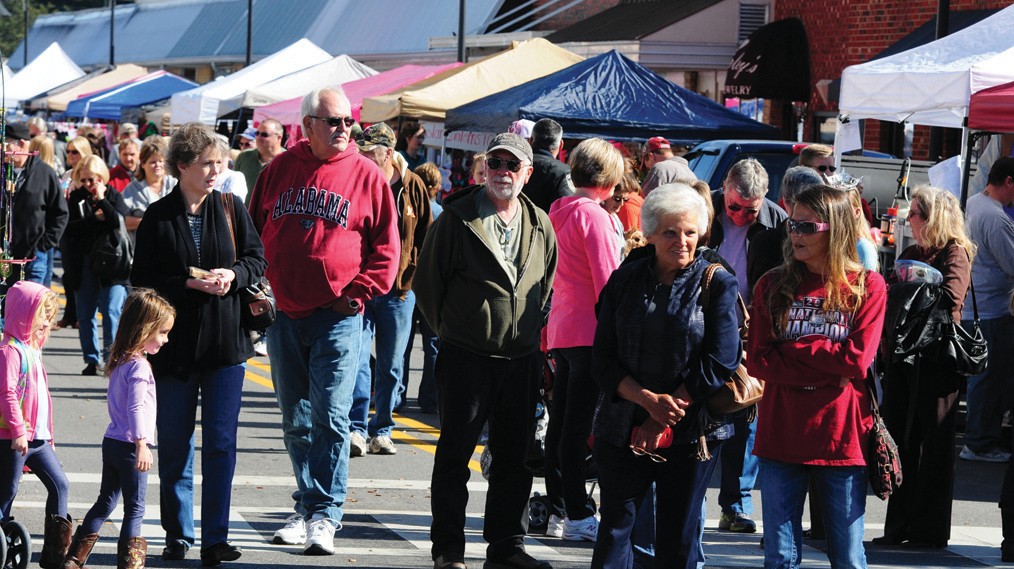 (Top left) CROWDS CAME LATE but stayed long to put the event over the top relative to its average net of about $5,000 for the event.

Bragging time: When we said “sunny with a chance of goose bumps” last week for the Covered Bridge Festival, we hit the nail on the head – as long as we’re referring to the high temperature that day of 65 degrees. Full disclosure: it was durn cold that morning when the 5K run whistled off at about 8:05. It had warmed up from the 4:42 a.m. low of 27 degrees, but not much.

But it was a great day for the fall classic, as burgeoning crowds after 11 a.m. proved. They started late, but they turned out in good numbers and stayed longer than usual into the afternoon, according to Blount County-Oneonta Chamber of Commerce assistant director and festival ramrod Amy Wilson. Crowd size was estimated in the 7000 – 10,000 range, and preliminary numbers suggest better-than-average net proceeds well north of $5,000 for the event. 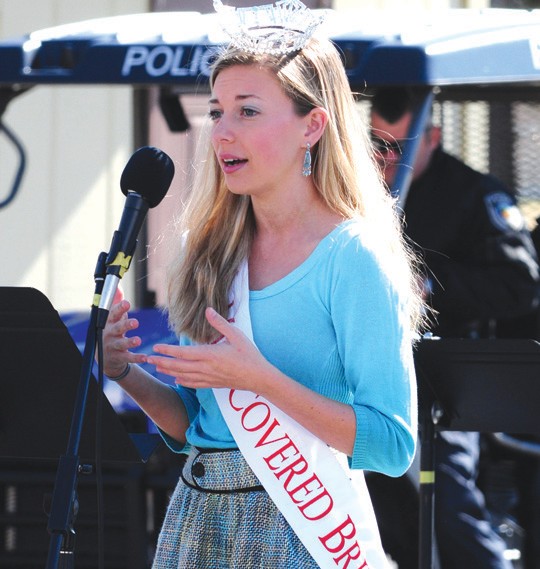 Success may have been helped by an interesting mix of traditional and new events such as the fashion show, the taekwondo exhibition, and the “Bear Meat Cabin” living history event in Blountsville.

5K RUNNERS come off the line with a chilly hot start. 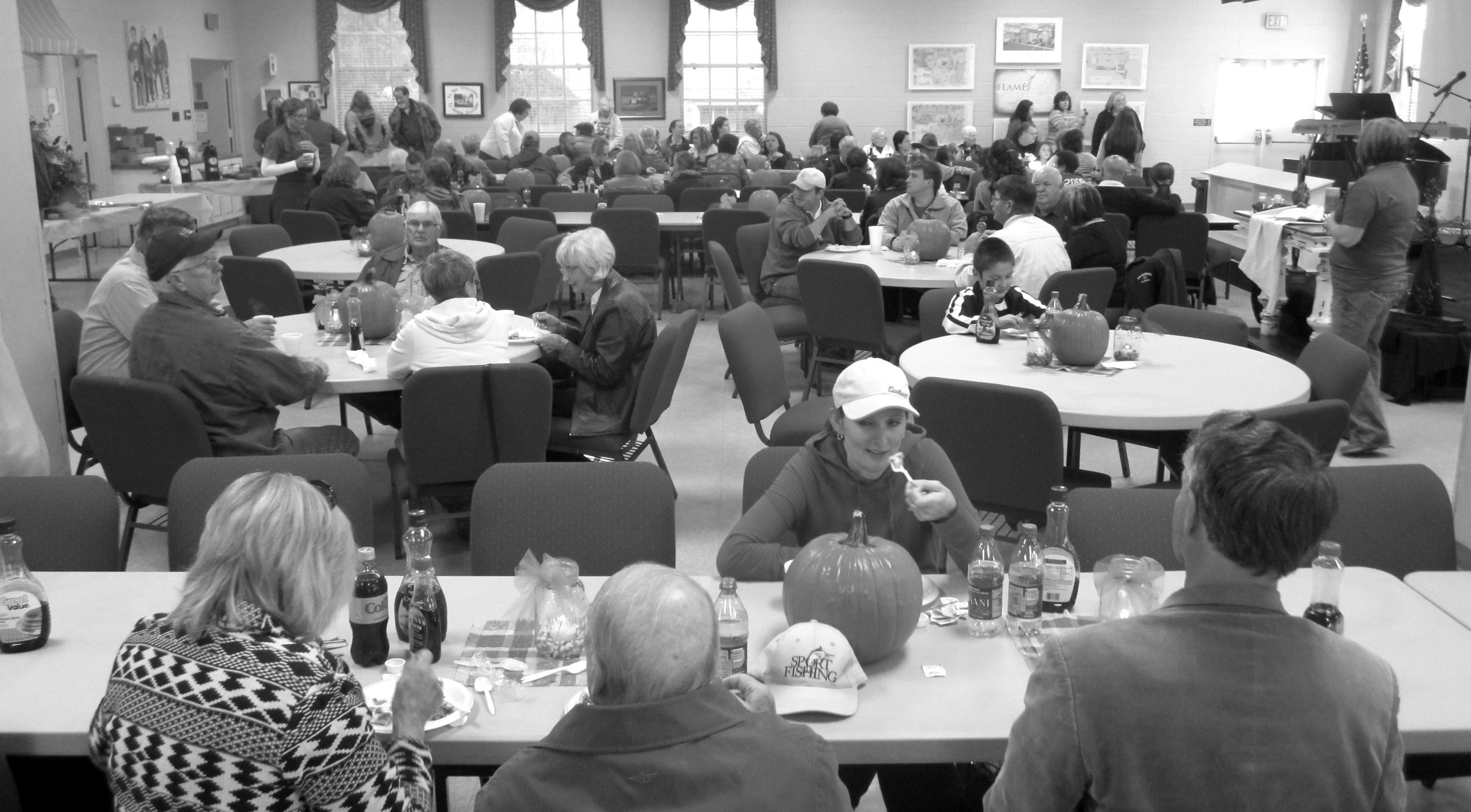 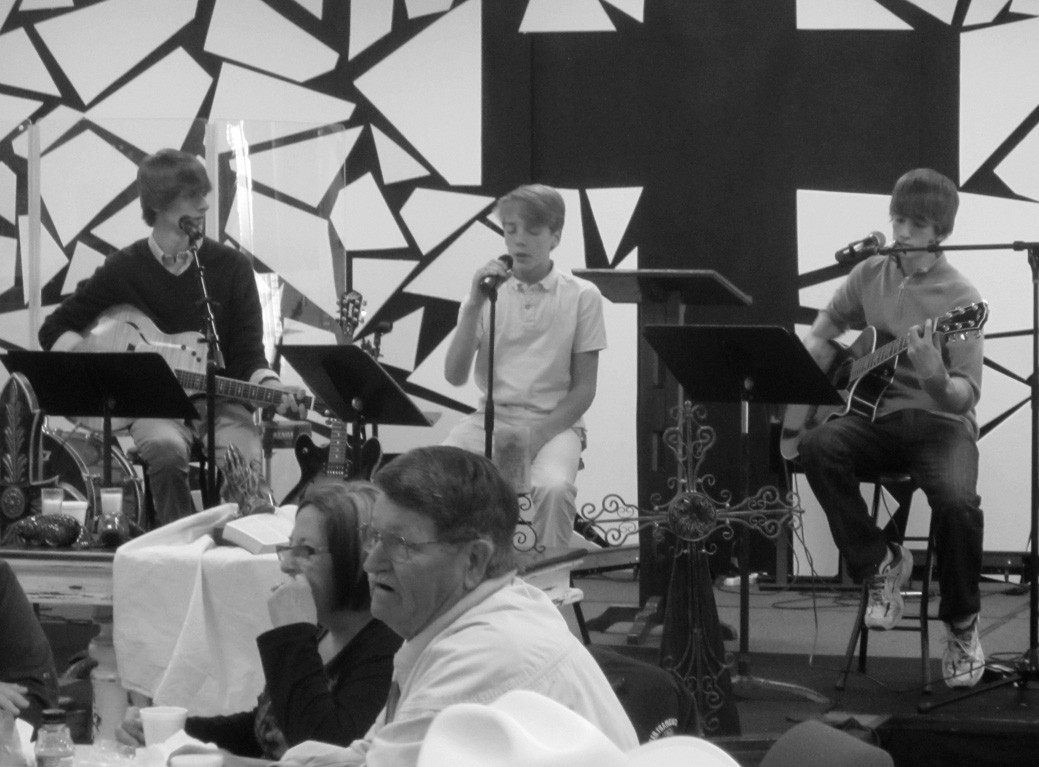 THE BEASON BOYS a.k.a. the Double-Duty Trio (from left) Elisha, 16, Christopher, 13, and Zachary, 14 were called upon to carry the load at two major Covered Bridge Festival events: entertaining on the early side at the pancake breakfast, then doing a shift on the main downtown entertainment stage during the afternoon. Who knows what all they’ll be signed up for next year? Christopher can sing opera, Zach can do world-class gymnastics, and Elisha will probably have a headliner band of his own with father Randy as a sideman – by next year. All speculation, of course. Ah, youth! 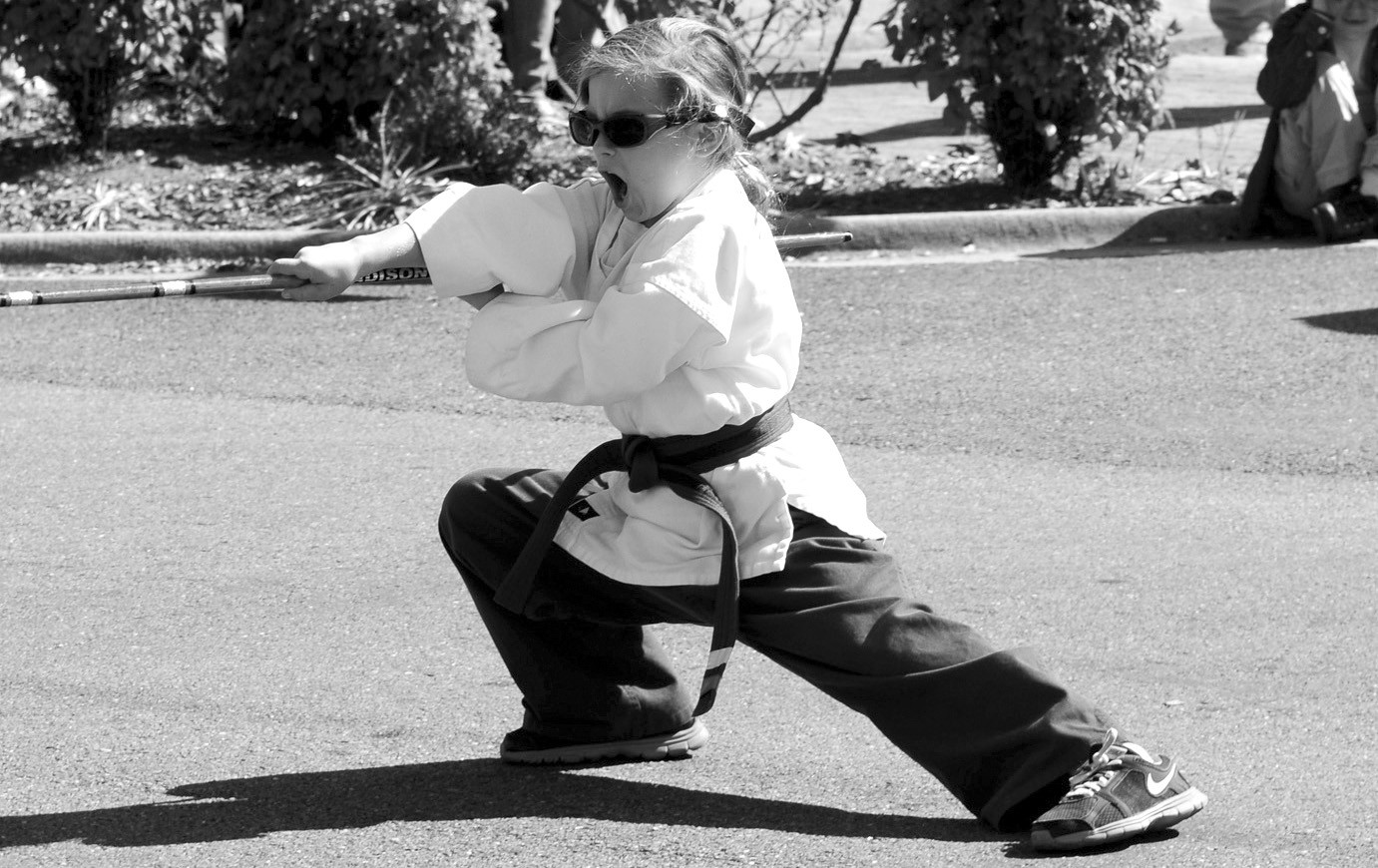 New ‘unmixed’martial arts? We’re hazarding a guess at how best to describe this presumably pure taekwondo exhibition. The adjectives ‘dramatic’ and ‘theatrical, come to mind in this image of Madison Roy, 9, of Locust Fork. 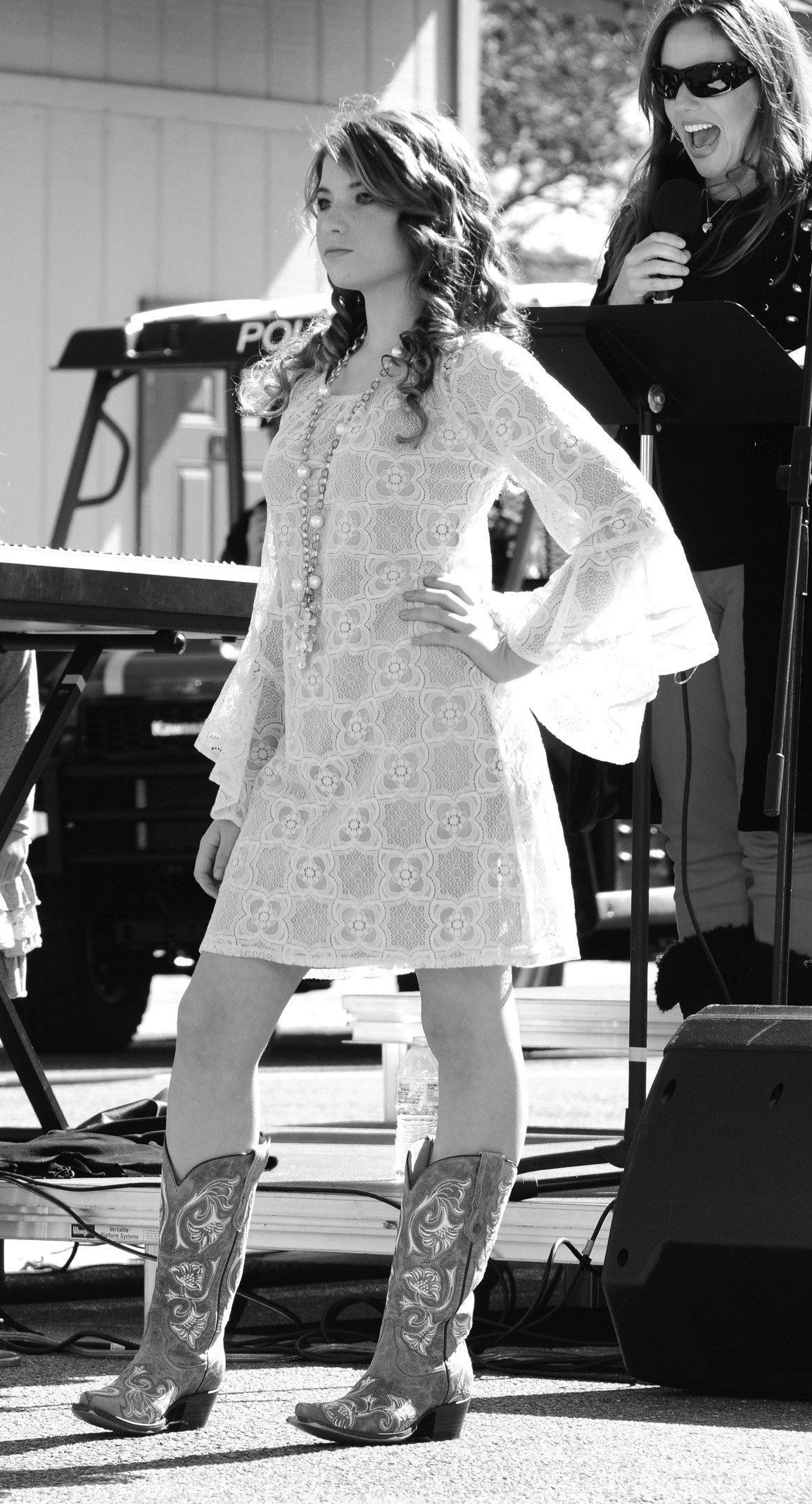