A Coke and a smile 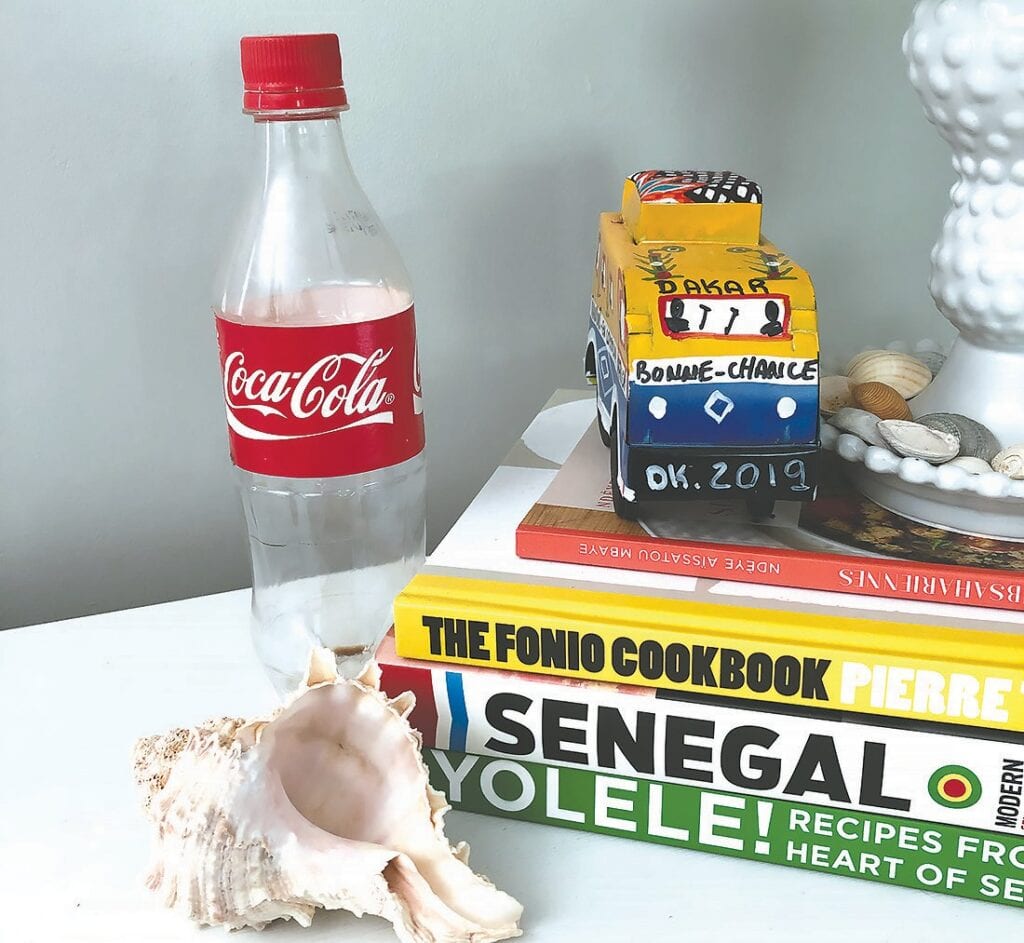 It was muggy outside, hot and humid even at 8 p.m. I was nervously waiting for a knock at the door. First dates are always nerve wracking, but this one would be even more so. He didn’t speak very much English, and I didn’t speak any French. “What are we going to talk about,” I thought as I looked at my watch.

Quick steps echoed in the hallway approaching my apartment, then three quick knocks on the door. I opened the door to a tall, slender, Senegalese man wearing a short-sleeve button up shirt, jeans, and tennis shoes. Greetings exchanged, “You are ready,” he said and asked at the same time. And with that, not knowing what would happen that night or in the future, I closed the apartment door behind me and locked it with the skeleton key.

He walked fast. He had told me he was a runner for the Senegal National Track and Field team, but I didn’t know I was going to walk at a slight jog to keep up. He turned to me with his sweet face, “I’m sorry. I can slow down.” And we walked.

I didn’t know the neighborhood well, but I saw we were passing several small restaurants. It was late, and my stomach had already let me know that quite loudly. Across the main road, down a dusty side street, crossing several dark alleys, we burst out of the darkness to a bustling four lane divided highway. Honk honk! The cars, buses, and motorbikes noisily made their way through the Dakar traffic.

The tall man walking with me was not as tall as the man who had walked up beside him trying to cross the street. The cars were whizzing by and the taller man zipped through to the other side. “I wasn’t made for this,” I thought. “I’m only five feet tall; my legs are stumps in comparison.” He could surely see my look of consternation and suggested we take the concrete walkway over the highway.

Upon safely crossing and descending onto a chaotic scene on the other side of the highway, I could see a small strip mall in the distance. It was one large room, but had several restaurants and a convenience store inside. It reminded me of the food court at the mall, except loud and crowded at nearly 9 p.m.

We walked in and stood in the middle of the big open room awkwardly. I’d never been on a date in another country before, so I didn’t really know what the protocol was. I waited for the fast walker to take the lead. He looked kind of nervous himself. “Maybe I shouldn’t have worn these linen pants,” I thought. The fast walker told me to come with him. We passed the three restaurants, walked into the convenience store, and past an ambivalent store clerk, who mumbled a half-hearted greeting. “Maybe she’s hungry, too,” I thought.

The tall man with me looked at me again with that same sweet face, motioned to the drink coolers and said “You want something?” “Sure! Coke is good for me,” I said. The tall man opened the cooler and handed me a lukewarm bottle of Coca-Cola. It was the international language. Every country in the world has Coca-Cola. “Thanks,” I said as I wondered why the drink was in a cooler at all if it wasn’t going to be cold. Without choosing a drink for himself, we walked up to the clerk we passed on the way in and he bought my drink. There were no available tables where we could sit down, so we walked out into the heavy heat again.

On the way back, we walked slower. I sipped my Coke, wondering if he was thirsty and why he hadn’t chosen a drink for himself. We communicated as best we could through our pieced together languages, a Coke, and a smile. Finally, arriving back at my apartment, I thanked him for the Coke. He said good night, and just as quickly as he had approached my door earlier that evening, he disappeared into the dark.

My name is Anna Goode, and I have loved Edouard Ndecky since that day. I even have the Coca-Cola bottle to prove it.