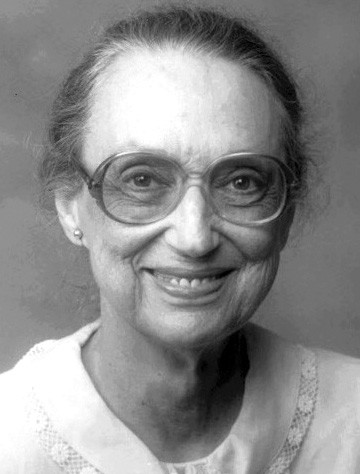 On Friday, May 17, in the little cemetery behind St. Wilfrid’s Episcopal Church in Marion, Alabama, a gathering of Mary Ward Brown’s friends, disciples, and devotees from across the South returned her earthly remains to the Black Belt soil from which she came. She was probably the most famous Alabamian you never heard of.

She inherited 1500 acres of America’s finest land and lived there for nearly 90 years in a house built from trees cut from that land in a place once called Hamburg but now bearing only the family name, Brown. With a husband to help farm and a son to raise, she postponed her literary career until age 63, then in the solitude of that empty house, crafted one brilliant story after another – stories about the people, black and white, who inhabited that magical and conflicted land.

Except for the Pulitizer and National Book awards, she pretty much gathered a library wall full of writing honors. She won the Ernest Hemingway Foundation/ Pen prize for the best first book of fiction by an American author; the Lillian Smith Book Award for fiction given by the Southern Regional Council; and the top fiction prize given by the Alabama Library Association. Reviewers compared her writing to Southern novelists Eudora Welty, Flannery O’Connor, and William Faulkner. She preferred a review that likened her writing to Russian short story genius Anton Chekhov, her favorite writer.

When the Quaker US/USSR Committee organized the exchange of 40 prominent American and Soviet writers to help thaw Cold War relations between the two nations, they selected Mary Ward Brown to join a galaxy of the best U.S. literary stylists: Wendell Berry, Robert Penn Warren, Joyce Carol Oates, and John Updike among them. An embarrassed representative of the committee tracked her down in the single house in Browns, Alabama, and asked if she were a black or a white writer. So nuanced were her stories of black and white characters that the committee couldn’t tell.

When she died a month shy of her 96th birthday, Mary Ward Brown reminded me that more important things happen to the human family than legislative sessions and football games, that grandeur is found in character, that places as poor as any in America can be the residence of genius, that sometimes the best things that happen in our lives begin late, that hard mental work earns its own rewards. With legislative and football seasons now blessedly ended, I will remember that I love Alabama not for those diversions, but for people like Mary Ward Brown.

Published works: Tongues of Flame (1986); It Wasn’t All Dancing and Other Stories (2002); Fanning the Flames, a Memoir (2009). Wayne Flynt is Distinguished University Professor Emeritus, Auburn University, author of several works on Alabama history, and an occassional contributor to this newspaper.