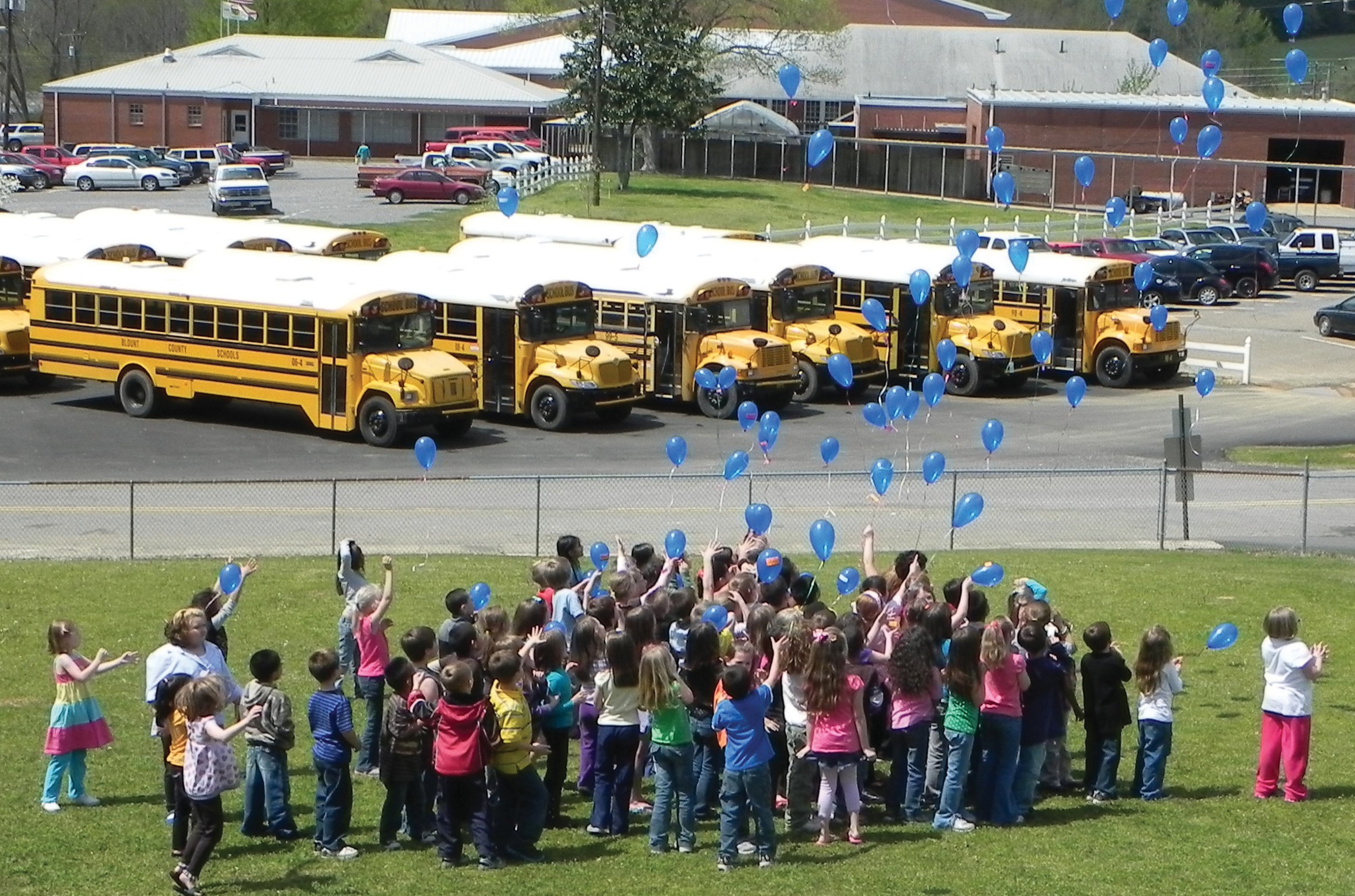 Blountsville’s first-graders have been learning that air is part of the atmosphere and that weather is the condition of the atmosphere, which changes over time. Wind is air in motion, and two factors are necessary to specify wind: speed and direction. This is definitely needed for air travel too.

The study is a part of the AMSTI science unit on air and weather. What these students didn’t realize is that the shortest distance air travel (bird or balloon) from Arkansas to Alabama is around three days.

Three days and more than 300 miles later, a package of balloons attached to a card signed by Poyen first-grader Colton Rowe landed in the tree in Blountsville, Ala., of local pastor Jerry Hackney and his wife, Beverly.

Hackney told Blountsville principal Shannon Lackey that he’d found the balloons from Poyen, Ark., and asked if her students would be interested in them. She replied, “Absolutely.”

“We have been studying an AMSTI (Alabama Math, Science, and Techno- logy Initiative) unit on science, and this happened to be the most perfect time to receive these balloons,” said Ronda Posey, first-grade teacher.

On Wednesday, 83 first-graders, along with their teachers, marched outside the classroom to the school’s playground to release their balloons. The students had been planning this since Friday, but they needed Mother Nature’s cooperation.

“Our students have been waiting for the perfect day. And today was it!”

Students watched as their balloons now tagged with their names, school, and e-mail filled the sky Wednesday afternoon. Even though it was up to the winds, they all had their own thoughts on where their balloon would travel.

“I hope my balloon travels to Africa,” said Alex Vargas.

Seven-year-old Makayla Pesnell hoped her balloon would breeze past her house, while young Noah Blackwood had other hopes. “I hope that my balloon will travel to heaven,” he said softly. Blackwood’s father had passed recently in a tragic accident along Ala 79.

Most of the students’ balloons floated quickly into the sky, although a few tangled up in tree limbs. But it didn’t take long for Wednesday’s winds to pick those up and set them free to the northwest.

“This is the first time that we have done something like this,” says Posey. “The kids were very excited. We hope to receive feedback and track on a map where they are found.”

The six first-grade classes are preparing a grade-level card along with a photograph for Poyen’s Colton Lowe to tell him of his balloon’s great adventure. “He should be excited to see how his balloons caused such a stir in Blountsville,” says Posey.

About AMSTI: The Alabama Math, Science, and Technology Initiative is the Alabama Department of Education’s initiative to improve math- and scienceteaching statewide. Its mission is to provide all students in grades K-12 with the knowledge and skills needed for success in the workforce and/or in postsecondary studies.