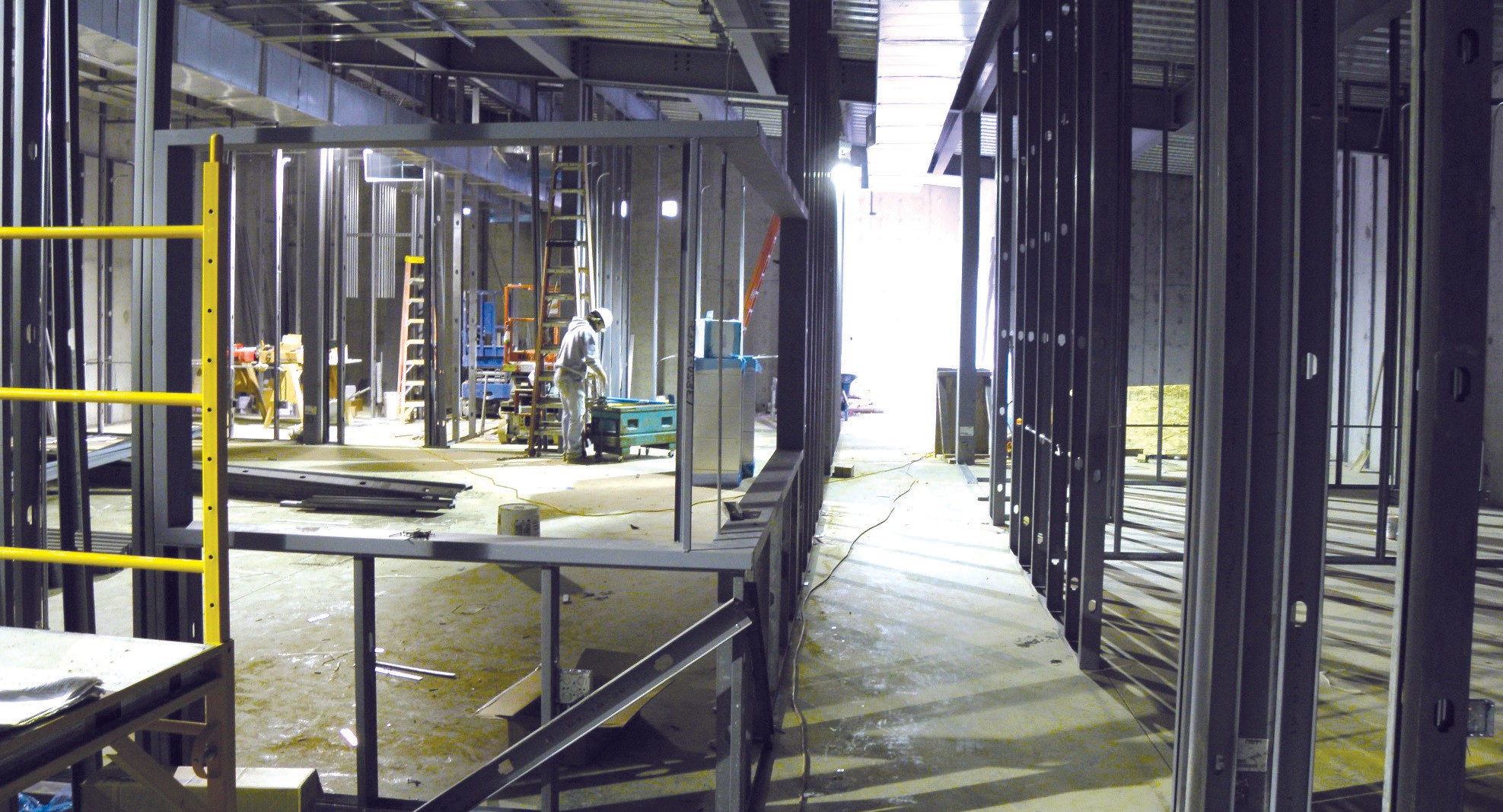 This photo shows the current status of construction on the new 4,400-square-foot 911 Center as of Monday afternoon. The roof has been completed in the last week and work has begun on erecting interior walls. The project is on schedule, with completion expected by April 1, according to Emergency Management Agency director Max Armstrong, who was, until the jobs were separated recently, 911 Center director as well. The center will house personnel who handle answering and dispatch for all emergency calls so appropriate first responders can be sent to the location of all requests for emergency assistance originating in Blount County. The new $1,408,000 building was deemed necessary by the 911 board to address safety issues and difficulty of renovation of the existing building, and to provide room for future growth. It is built underground with hardened features to make it resistant to inclement weather and other disasters. – Ron Gholson