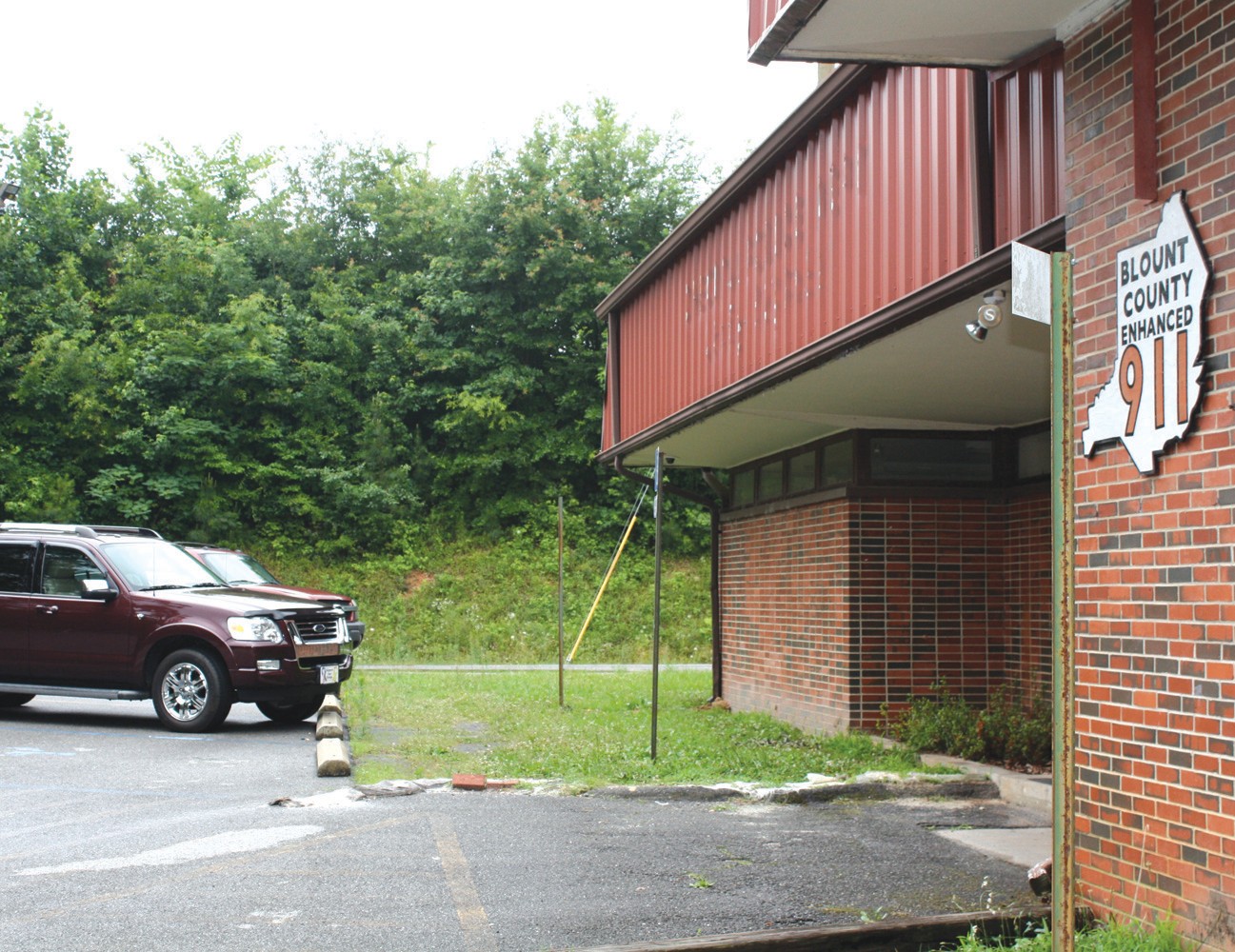 The old 911 Center shown here will be demolished after the new center is completed late this year. The new building will be a hardened, predominantly underground building recessed into the embankment seen behind the existing building.

The bid for construction of the new 1,775-square-foot 911 Center will be awarded on June 28, with construction to begin soon after. Completion is expected by the end of the year, given reasonable weather and no unforeseen problems, according to 911 secretary/treasurer Brandon Horton, who has been involved in the planning process for the new facility since 2009.

The 911 Center centralizes answering and dispatch for all emergency calls so that appropriate first responders are sent to the location of all calls for emergency assistance originating in Blount County. (In E-911, the “E” stands for “Enhanced,” which refers to the fact that the system automatically displays the address to the dispatcher for each incoming call. Don’t try to dial the E to report an emergency; just dial 911. In fact, don’t even talk about E-911. That’s what it is, but nobody calls it that any more.)

As the last stage of the project, expected to be implemented early next year, Horton said, the old building will be demolished and removed, parking areas will be installed, and final landscaping will be carried out.

“The new center is a hardened building built completely with reinforced concrete foundation, floor, and roof, ” Horton said. “It will be 90 percent underground. It will be as secure a location from natural catastrophes as we can make it, and it’s designed to accommodate growth needs for years to come.”

He said a major reason for replacing the old building was the deterioration of plumbing and climate control equipment in the existing building. Climate control is especially crucial, he said, to proper operation of telecommunications, radio, and computer equipment.

In addition to the building itself, Horton said the board is looking at improving the overall 911 communications system throughout the county.

“Blount County 911 is having a study done to determine the most efficient way to improve radio communications in the county. A company is in the process of developing propagation maps of the existing repeater sites and a few other identified sites throughout the county. We are also getting feedback from local fire department and law enforcement officials to help identify dead areas within the county. Once this information is gathered, it will be used to locate additional repeater sites to enhance our current communications system.”

The 911 Center has occupied its present building since 1993, when the old National Guard Armory was converted to house both the center and the Oneonta Police Department. The police department moved to the new Danny B. Hicks city hall complex in 2009.