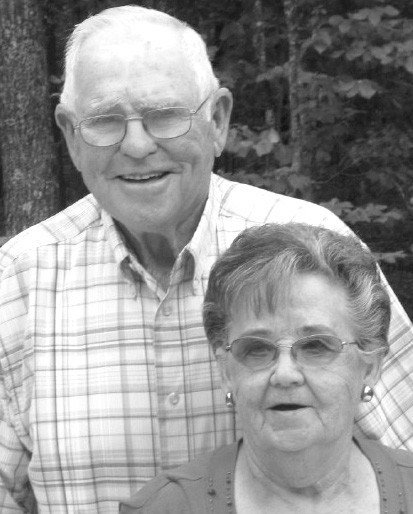 Wallace “Byrl” and Mary Sue Gamble of Remlap were honored for their 60th wedding anniversary with a celebration hosted by their children at the home of daughter Sherry (Robert) Mize in Pell City. The couple’s other children are Gerald (Karen) Gamble of Oneonta, Denise (John M.) Hudson of Pine Mountain, and Teresa (James A.) Sullivan of Cleveland.


Byrl Gamble and Mary Sue Glassock both grew up on Pine Mountain and attended Blount County High School. They were marrried May 7, 1949, by Reginald Mason and have lived in the same home on Mackie Gap Road in Remlap their entire 60 years of marriage.

Parents of the couple are Weaver and Thelma Mullins Gamble and Arthur and Lela Head Glasscock. Mr. Gamble worked as a master mechanic/service representative for Joy Manufacturing and is a member of Locust Fork Masonic Lodge #481. Both he and his wife are members of Pleasant Mount Baptist Church.