4-Hers take home the bacon

The Blount County 4-H Pig Squeal Show and Auction was held on April 20. These young men took possession of their market hogs in early January and have been working with these hogs since that time. It is their responsibility to make sure the animals have access to food, clean water, and appropriate, clean living space. In order to be a successful livestock producer, they must be committed to the project if they are going to be rewarded in the end with a decent auction price and hopefully some prize money. It all depends on the job they do with their animal, records they keep, and knowledge they acquire about pork production. All of these youth did a great job!

There were two showmanship divisions based on age, junior and senior. In the senior division, Tanner Nolen was recognized as the top showman. In the junior division, Logan Branham took top honors, followed by Cooper Burgess, Colton Lauderdale, Jacob Byrd, Daniel Lewis, and Eli Abel.

Hogs were divided into classes by weight. In the lightweight class, Tanner Nolen took first place, followed by Daniel 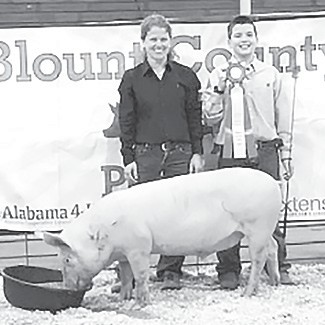 Lewis, and Colton Lauderdale. In the medium weight class, Cooper Burgess took first place, followed by Jacob Byrd, and Eli Abel. The heavyweight class was won by Logan Branham with a hog weighing in at 307 pounds.

Congratulations to all these young folks for a good job raising their animals and having a good 4-H Pig Squeal Show and Auction. The average weight of the hogs was about 250 pounds and the average auction price was $1.24 per pound.

A big “Thank you!” to all the parents, sponsors, and those that purchased a hog at auction! This event would not be possible without support from the Blount County community.

If you have a young person, between the ages of 9 and 19 that has an interest in livestock production, consider getting them involved in the 4-H Pig Squeal, 4-H Chick-Chain, or the 4-H/FFA Steer and Heifer Show. For additional information contact the Blount County Extension office at 205-274-2129 or email Dan Porch at porchdw@aces.edu. 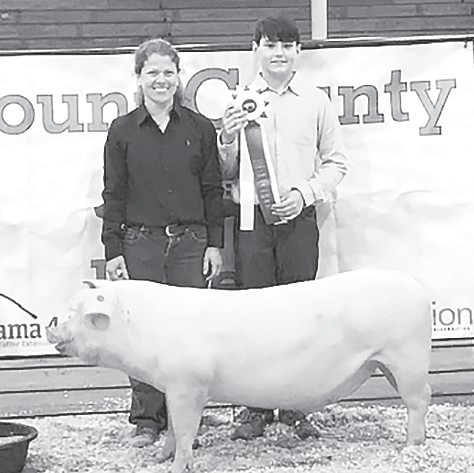