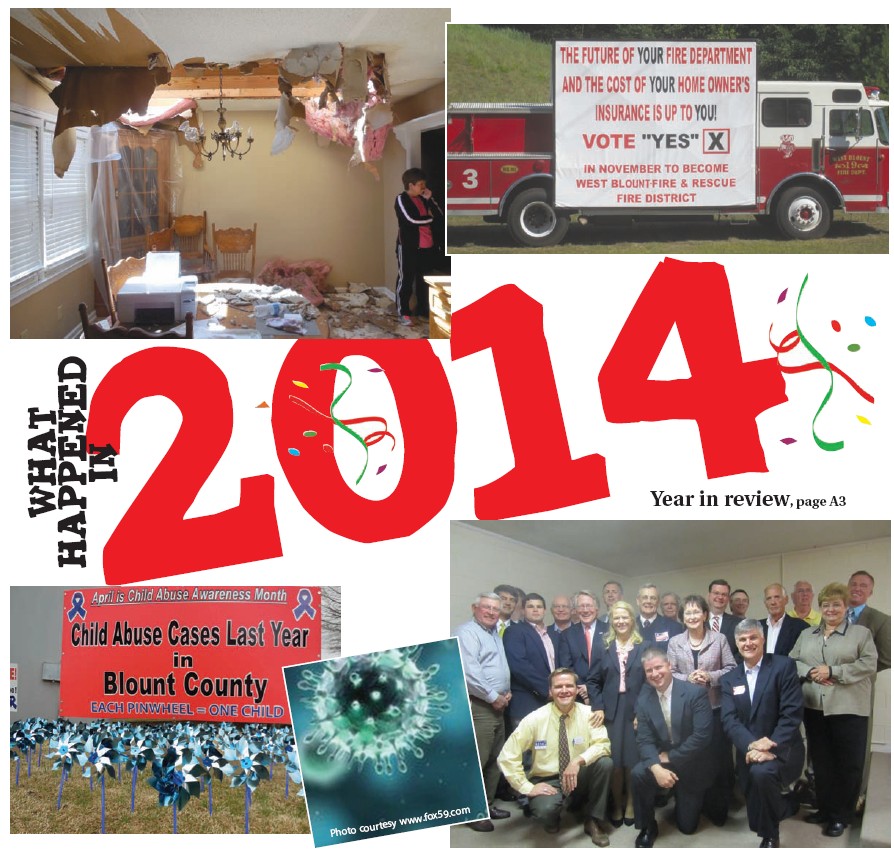 Just because it’s bad news doesn’t mean something good can’t come out of it, and after this year’s April tornado tore through Straight Mountain we heard numerous stories of survival, kindness, and miracles.

In the April 9 issue, Blount County Children’s Center executive director Jim Ed Clayton agreed to be interviewed and provided an in-depth look into the child abuse cases occurring in Blount County in the article,“ A problem which ‘thrives in secrecy.’”

It wasn’t sugar-coated, nor was it uplifting. It was scary and mind-boggling.

Women of the Cloth

A two-part series in late September and early October revealed four women’s journeys to lead a congregation as pastors. Initially, the plan was to feature only one woman, but as more information became available, we realized how rare women leading churches is in this county and how important to tell their unheard stories.

However, despite the rarity, these four brave women stepped forward to talk about their lives, and each one said they were called by God and led by God into service.

The gossip mill started rolling in late October when Oneonta Superintendent Dr. Michael Douglas confirmed two students at Oneonta Elementary School had Enterovirus D68. The announcement threw some parents into a frenzy when we posted the breaking news on Facebook.

While some thought the subject was being blown out of proportion (there was even an early rumor the two students had the Ebola virus), others thought Enterovirus D68 was worse than what we were making it out to be. Therefore, in the Oct. 29 issue, we spoke with local pediatrician Dr. Ramzi Malek who set the record straight in the article,“Enterovirus D68 cases reported in Oneonta.”

• Zebras, Zippy and Zena, shot at a Rosa farm.

• Ayatollah Khomeini Muhammad, shot at a residence in Locust Fork.

Allegations concerning inappropriate relations between students and teachers caught the public’s attention and caused many to question the way situations such as this are being handled in our schools. Four cases were reported on this year including:

• Crystal Gilliland Clowdus, 32, a Susan Moore High School teacher, who was charged with transmitting obscene material to a minor, pleaded guilty to the crime in March and was sentenced to serve six months in jail followed by six months of house arrest.

• Blount County District Judge Sherry Burns dismissed all charges against Susan Moore High School teacher and coach Warren Kelley in July. Kelley, 42, had been suspended in December 2013 and charged with second-degree sexual abuse and harassment of an eighth-grade student.

• Ashley Parkins Pruitt, 28, a teacher at Appalachian High School, was arrested in November and charged with three felonies and two misdemeanors in relation to inappropriate contact with three students.

• In late November, Matt Wester, 37, a Cleveland High School teacher, was placed on paid leave following allegations of an inappropriate relationship with a female student, according to reports.