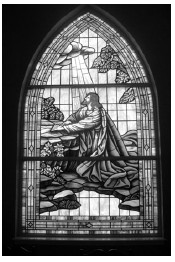 The 11th edition of the fifth Sunday night singing series, hosted jointly by Hope House and Cleveland First Baptist Church, will be held this Sunday night at the host church.


High Rock Methodist will provide the featured guest choir. Also participating along with the Cleveland choir will be the Mountain Pointe Ministries choir, returning after an absence of two sessions.

Admission is free, although an offering will be taken to support services Hope House provides to the county’s indigent, such as maintaining a shelter for the homeless and services for veterans, the unemployed, and those needing assistance in times of family crisis. The series has become an important funding source for the agency’s overall mission, according to Hope House director Bud Jones.

Nearly a dozen churches in the county have participated in the series since its inception in 2008.