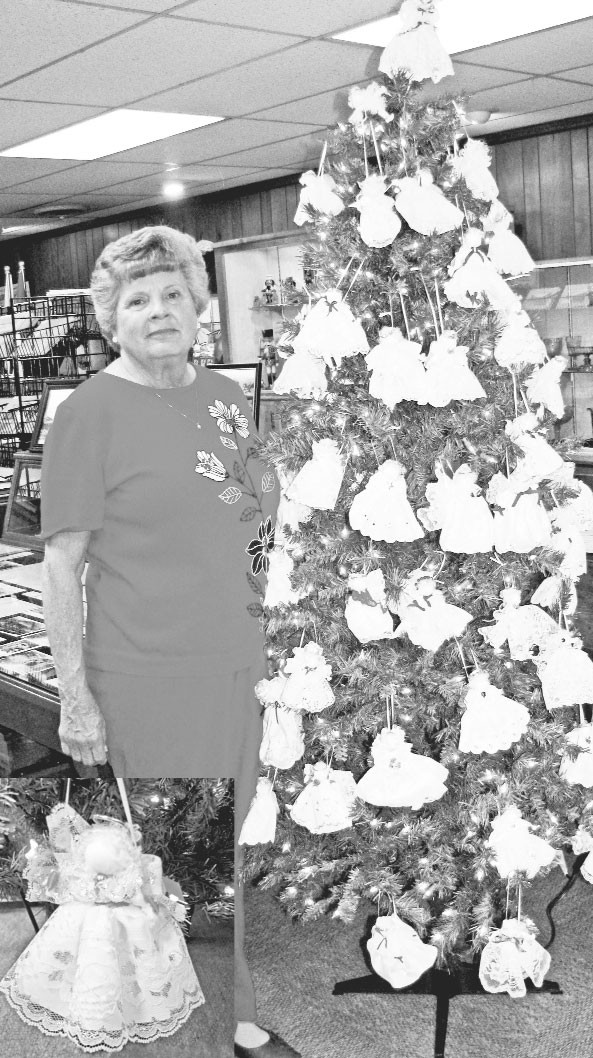 From the writings in the Torah and throughout the Old Testament, from the books of the Christian New Testament, and even into modern literature, we read many accounts of the appearance of angels. Some are described as beautiful human-like winged beings, some as white-robed male humans, as pillars of light, or even as a burning bush. Theologians and Bible scholars have debated for thousands of years about angels and what purpose they serve.


Joyce Todd of Remlap has determined that, to her at least, angels are whatever one perceives them to be. “An angel may be that person who stops on the freeway to help when your car breaks down, and when your problem is solved, they leave before you learn who they are,” she says. “It may be that total stranger who puts a quarter in your expired parking meter just before the policeman writes you a ticket, or it could be a friend who gives you a smile and a hug just when you think no one cares any more.”

Joyce believes so strongly in the presence of angels that she has developed a unique art of making angel dolls from string and lace. This special talent emerged from within her one day when she was tinkering with scraps of lace left over from another project and decided it could be made to resemble angel wings.

She acquires materials from several sources, including some lace and ribbon imported from Europe. When she begins to create an angel she has no printed pattern to go by. “I just follow the pattern in my heart,” she says. “That way, no two turn out exactly the same.” She describes it as, “not something made but rather something created – like a painting or a musical piece.”

Recently, Joyce has melded her love of creating lace angel dolls with another project dear to her heart: helping battered and abused children. Because she herself was a victim of an abusive household, she has a special place in her heart for the children at the Blount County Children’s Center, so she has adorned a Christmas tree at the Blount County Memorial Museum with around 100 of her angel creations for visitors there to look at and purchase (Joyce is number 101).

These precious hand-made creations make excellent Christmas gifts, tree decorations, or simply ornaments to brighten one’s day. They come with their own gift bag for $10 each and all proceeds will go to the Blount County Children’s Center. The museum on 2nd Street North is open Tuesday through Friday from 9 a.m. until 3 p.m.