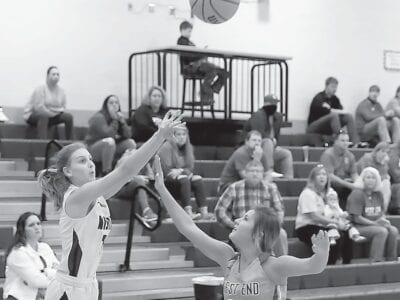 In the Jan. 6 issue, we incorrectly identified Southeastern’s Alyssa Davis (10) launching a 3-point jumper against West End in a photo by Jeff Sargent. 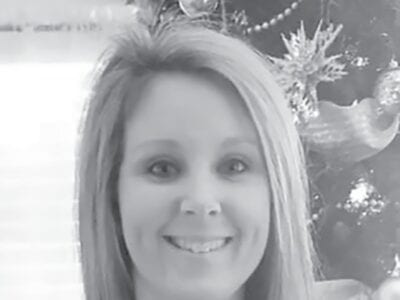 The Town of Blountsville has a new town clerk. Life-long resident Taylor Phillips recently took over the position and will work closely with the mayor and town council. Phillips graduated from J.B. Pennington in 2010 before working at Alfa Insurance for seven years. She and husband Corey have been married eight years. They have four children – Tanner, Maverick, and […]

Thousands converged on Washington D.C., Jan. 6 in protest of what some feel was an unfair Presidential election. The rally, comprised of Trump supporters and QAnon conspiracy followers claiming acts of election fraud and corruption, began peacefully. Alabama Congressman Mo Brooks, President Donald Trump, and Trump’s attorney Rudy Giuliani were just a few to speak at the event encouraging supporters […]

The Blountsville Town Council met Jan. 4. Meetings are currently closed to the public due to COVID-19, but they can be viewed via Facebook Live through the town’s Facebook page. Mayor Danny Baker and council members Ray Baxley, David Blaxton, Tyler Cantrell, Shannon Elkins, and Debra Sorrell attended. Due to budgetary constraints, the council voted to eliminate the park and […]

A story of sobriety and second chances

The road to recovery is not an easy one. In search of sobriety and a new life free of addiction, Gunnar Landsgaard, originally from Milton, Fla., found his way to Blount County. The journey to get here was comprised of a few detours and obstacles, but thankfully, with prayers and some southern hospitality, Landsgaard is sober today. Raised in Milton, […] 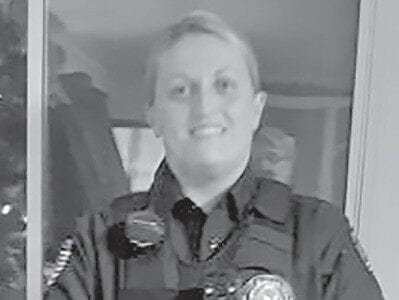 Snead Police Department recently welcomed Amy Curtis to its police force. Curtis grew up in the Snead area and graduated from Susan Moore High School. According to police chief Steve Gunn, Curtis wanted to give back to the community she grew up in and loves so much. Prior to joining the Snead Police Department family, Curtis worked five years at […] 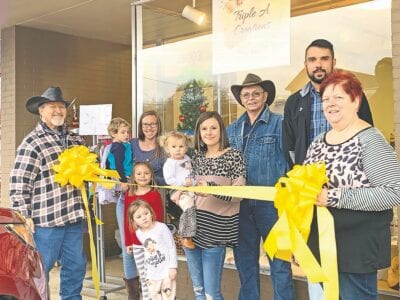 Blountsville officials celebrated two more new businesses as 2020 winds down. Ribbon cuttings at Triple A Creations (above) and Nanna N Pappa’s This N That (below) mark the fourth and fifth celebrations in the town of Blountsville since Nov. 16. Triple A Creations Owner Hailey Hawkins opened her shop in the heart of downtown right next to the Blountsville Pharmacy. […] 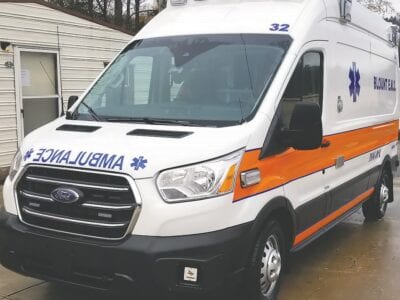 Blount EMS is the proud owner of a new ambulance unit (above) bringing its fleet total to 11 units. The new unit is equipped with the state’s required equipment necessary to provide life saving care, but Blount EMS Director Weslie Powell said some of his units are fitted with added equipment, such as ventilators, that can really make a difference […]

As 2020 draws to a close, I find myself reflecting on what has happened during this long, arduous year. The year began as most do; families joined around their tables to celebrate the New Year with a spread of peas, greens, and pork — all Southern traditions to bring in a new year full of good luck and prosperity — […]