You got me all shook up 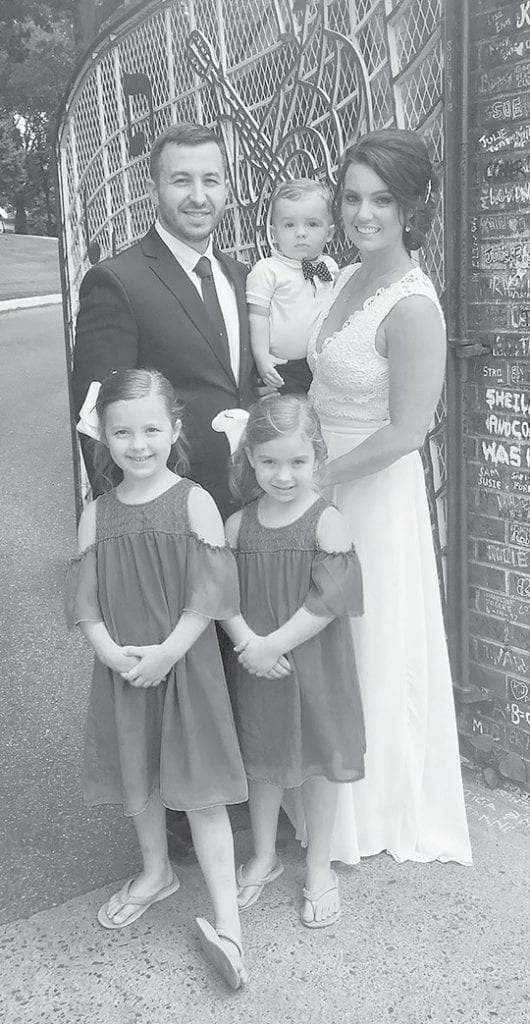 Daniel, Isaiah, Tara, Gracelyn, and Eden pause for a family photo opportunity during a trip to Graceland. -Tara Parkins

Little did Daniel Parkins know when he sent Tara Gail Phillips a text after their first kiss that said, “You got me all shook up,” that he had her hook, line and sinker.

Tara, a huge Elvis fan, was immediately love-struck by Daniel’s text. According to Tara, Daniel did not know at the time he sent her that text just how big an Elvis fan she was. His play on the words of Elvis’s song “I’m all shook up” was all it took to set in motion their everlasting journey.

As they dated, Daniel soon discovered how deep Tara’s love really was for Elvis. Because of her fascination, Daniel decided it would be fun to propose to Tara during a Christmastime trip to Graceland. Tara said, “He combined two of the things I love, Elvis and Christmas.”

Tara credits her mother, also a huge Elvis fan, for her fascination with Elvis. She said her mother had the privilege of attending some of Elvis’s concerts.

The Elvis fascination did not stop with the proposal. The Parkinses had Elvis music as part of their wedding.

Daniel and Tara have been married nine years, have three children, and the Elvis fun continues. Gracelyn Parkins is named after Graceland, Elvis Presley’s mansion in Memphis, Tenn., and Eden Abigail Parkins carries the same initials as Elvis Aaron Presley. Tara laughed as she said she wanted their son Isaiah to have an Elvis related name, but since he is the only boy in the family in many years, she understood Daniel’s desire to grant him a family name.

Earlier this year Tara, who follows visitgraceland on Instagram, saw a contest for couples to renew their wedding vows at the newly constructed Graceland Wedding Chapel in the Woods, which is adjacent to the Graceland mansion. Tara sent in their love story. She soon learned they were chosen as one of 10 winning couples.

On Aug. 13, their children and other family members watched as the Parkinses renewed their wedding vows in a group ceremony with other winners in the quaint chapel.

Referring to this once in a lifetime opportunity, Tara said, ”It was such a special opportunity to get to go back to Graceland, where it all began almost 10 years ago when Daniel proposed, and renew our vows.”

Daniel said, “It was fun being one of 10 couples to use the chapel on the first day they opened up their operations. We had a blast. I like Elvis, but Tara is a huge Elvis fan.”