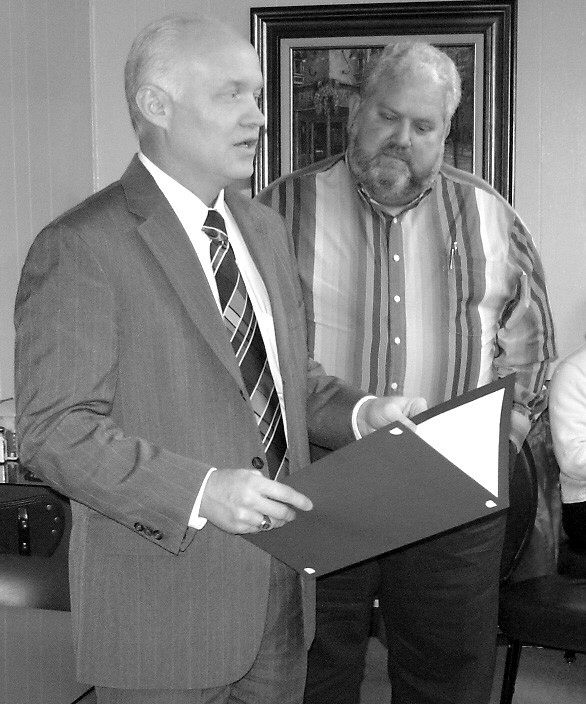 Ronnie Woods, right, is commended by Probate Judge David Standridge following Woods’s retirement as chief of the Pine Mountain Volunteer Fire and Rescue Department. Woods was honored with two proclamations for outstanding service and contributions to the community: one from Gov. Bob Riley and another from the state House of Representatives. Woods began working as a volunteer firefighter in 1979, serving as chief of the department beginning in 1989. Among his accomplishments are leading the incorporation of the fire district in 1999, acquiring and installing fire hydrants in the department’s service area, presiding over ISO reclassifications from class nine to class five with resulting insurance rate reductions, building a second station in the St. Clair county part of the service area, and procuring and overseeing many enhancements to the buildings and equipment of the department. The ceremony honoring Woods was held Jan. 13 at the Hornets’ Nest in Locust Fork. – Ron Gholson