‘We’ll work ourselves silly’ between now and Aug. 10 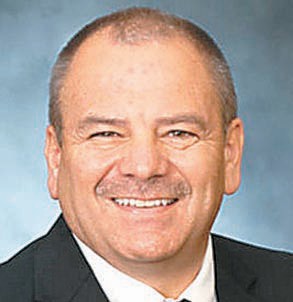 Apparently Oneonta City Schools interim Superintendent Tim Nabors may have thought it was a naive question: “What will you, the teachers, and school employees be doing between now and the start of the coming school term on Aug. 10?”

“We’ll work ourselves silly getting everything cleaned up, fixed up, finished up, and ready in every way for the kids coming back to school that day,” he said.

As a school superintendent with nearly 10 years’ experience – eight with Marshall County Schools and and a valedictory stint as an interim superintendent for the Jacksonville City system, soft-spoken Tim Nabors has been around the get-ready block enough to know the drill by heart.

Nabors has been hired by the Oneonta City Board of Education to steer the system for nearly four months while a search is conducted for a permanent replacement for Dr. Michael Douglas, who recently accepted the superintendent’s job for Decatur City Schools.

Besides his leadership experience, the 56-year-old Nabors says he has taught “practically every subject except math and chemistry,” and has major coaching experience in football, basketball, and baseball – much of it in Marshall County – where his last job before being elected superintendent for two terms was an 11- year assignment at Brindlee Mountain Middle School (where one of his teachers was none other than Michael Douglas).

Asked to describe his approach as interim superintendent, Nabors said it will be to “treat the job like a permanent job and to provide the very best for the students we possibly can. Oneonta is an excellent system and I want to be a resource for the staff here so they can be ready to move forward as they always do. They have things running very smoothly, they’ve always done that in the past, and I don’t see us going anywhere but forward. You don’t want to change things in a good system like Oneonta. The goal is to maintain what they have and keep moving forward without missing a beat,” he said.

On a more personal note, Nabors, who lives in Guntersville, identified three things he likes to do in his spare time: fish, play golf, and take care of his two grandchildren, ages 3 and 1. His wife Emily is the school nurse for Guntersville City Schools.

He confesses to only one pet peeve: being on time for commitments, which he holds himself to rigorously, as well as expecting it of others.