Vinemont pulls away from J.B. Pennington 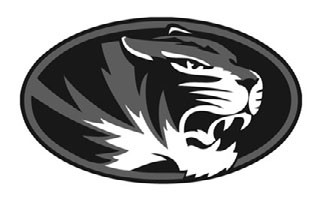 The Vinemont Eagles scored the final 19 points of the game to take a 40-20 victory over the visiting J.B. Pennington Tigers last Thursday night.


Neither team scored in the first quarter but that changed early in the second. Pennington’s Wesley Stephens capped off a Tiger drive with a 13-yard run and Charlie Rojas added the extra point to give the visitors a 7-0 lead.

Vinemont answered with a score to tie the game but Pennington came right back to take the lead on Dustin Sivley’s 26-yard run.

Vinemont tied the game just before the half on a 2-yard run by Eli Harris to make it 14- 14 at the break.

Harris started the second half with a bang, giving the Eagles a 21-14 lead on an 82-yard sprint.

Pennington wasn’t done. Stephens drew the Tigers to 21-20 with a 67-yard run but the extra point was blocked by the Eagles. The score stayed that way until late in the third quarter when Harris got on the board again with a 9- yard run.

A pair of Pennington turnovers gave the Eagles great field position and Harris scored a pair of touchdowns to increase the Eagle lead to 34-20.

Harris added a 17-yard run late in the fourth quarter to cap off a drive that covered just 42 yards after Pennington came up short on fourth down.

Pennington pounded out 221 rushing yards, led by Stephens’s 156 yards and two touchdowns on 16 carries. Sivley added 32 yards and a touchdown on seven carries and caught a pass for 12 yards.

Justin Philyaw had 29 yards rushing on seven attempts and caught two passes for 26 yards. Mitchell Doyle had one reception for 32 yards.

Harris had a huge night for Vinemont with 214 yards and five touchdowns on 25 carries.