Tigers end season in Round 2 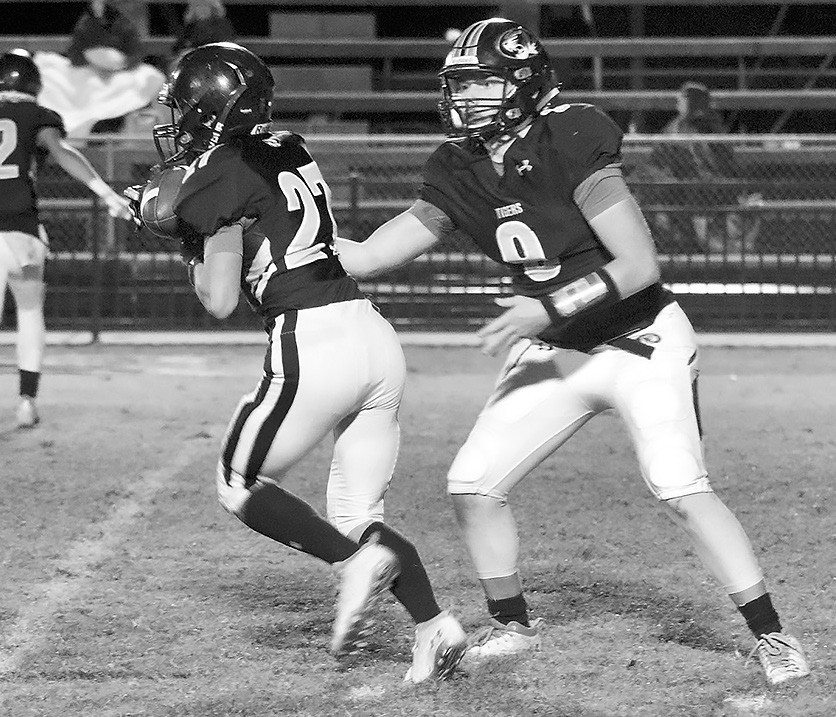 Friday night marked the end of the road for the J.B. Pennington Tigers. After a hard-fought first round win, the Tigers hosted Fyffe, the reigning 3A state champions, in Round 2. Fyffe racked up 397 yards, all on the ground, in their 43-14 win.

The Red Devils didn’t waste any time, scoring just 33 seconds into the game. While they scored only once in the first quarter, they added three touchdowns in the second quarter for a 30-0 halftime advantage. Fyffe added two more touchdowns in the third quarter, extending their lead to 43-0.

Pennington started the fourth quarter with a first-and-10 and at their own 32. After losing yards on the first down, Hayden Floyd found John Williams for 16 yards to bring up third-and-2. On the next play, Williams ran it for 11 to move the chains. 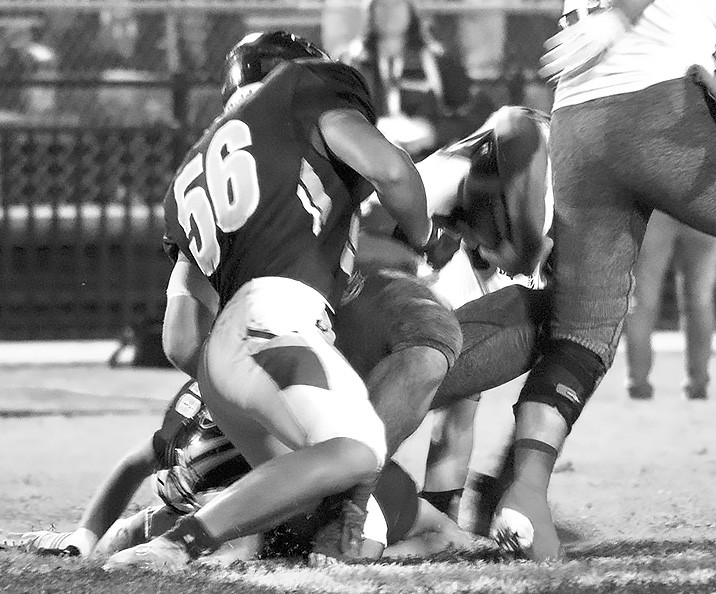 On Pennington’s next drive, Ty Morgan ran it for 9 yards on first-and-10 from their own 27. Floyd then threw it deep to Heptinstall who completed the 53-yard play with a catch at the Red Devils’ 11. A couple of plays later, Floyd pushed his way in from the 1-yard line for the Tigers’ second TD. Serrano’s kick made it 14-43 with 2:25 left in the game.

In his final game as a Tiger, Floyd completed 15- of-26 for one touchdown and 216 yards. He ran for another 10 yards on three carries, scoring another touchdown. Heptinstall was his leading receiver with 138 yards on five receptions, including a touchdown. Jaxon Timmerman caught five passes for 45 yards. Micah Graves led the ground game with 25 yards. Williams finished with 18 yards on six carries and 20 yards on three receptions. 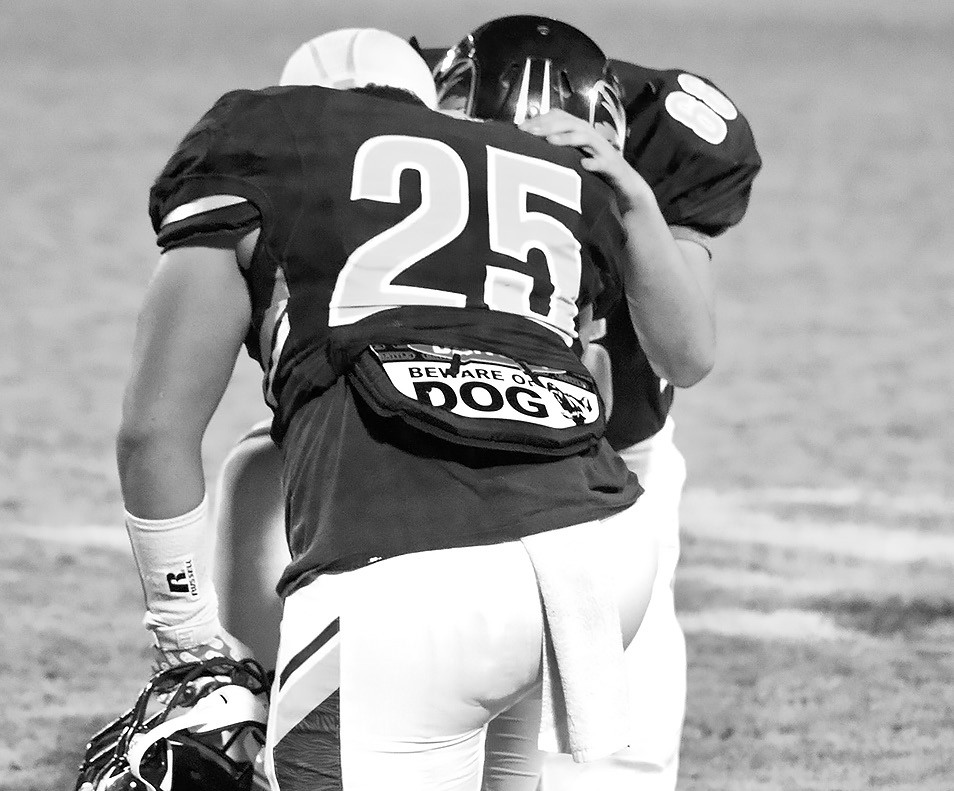 Micah Graves (25) and Tegan Baldwin (66) console each other after the loss. -Jennifer Cassity

J.B. Pennington finished its 2021 season 8-4. It’s been a privilege to cover these Tigers and while this year’s senior class is small in number, their impact on Pennington’s program has been large. We wish each of these young men the best of luck as they finish out their senior year: Chris Allred, Edward Flores, Hayden Floyd, Dawson Phillips, Thomas Pullins, Jose Serrano, and John Williams.