‘The Lord prepared me’ 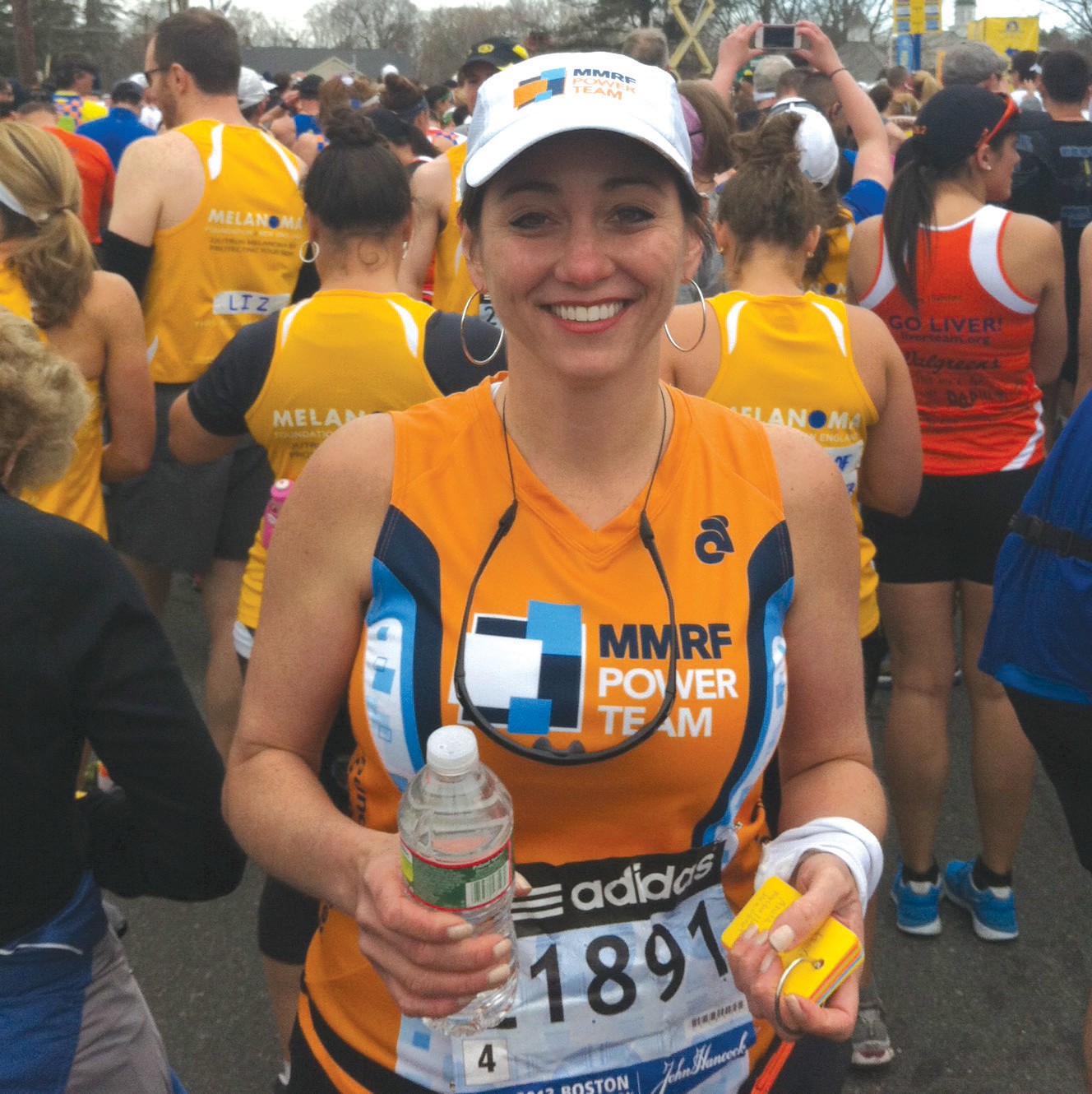 Shawn Hazelrig before the start of Monday’s Boston Marathon.

At mile 26, Shawn Hazelrig was nearing the finish line of the Boston Marathon. Until she noticed runners heading her way, the wrong way.

Before the race even began, Hazelrig had been speaking to a fellow runner about the police and military presence at the marathon.

“Gosh, this would be the perfect time for something bad to happen with so many people in one place,” Hazelrig commented.

Hazelrig said this moment was God preparing her for what was to come.

Monday, at the annual Boston Marathon, tragedy struck when two explosions, that have now been identified by President Barack Obama as “an act of terror,” occurred near the finish line of the race, causing fatalities and numerous injuries.

At the time of the incident, Hazelrig, of Blount County, was at mile 22, and said her first indication of something being wrong was a spectator on a cell phone talking about an explosion.

Then, the police and military personnel, who at one time had cheered on the runners, were now focused on crowd control and security. Runners were running with their cell phones to their ears, and Hazelrig noticed two soldiers examining something in the bushes that resembled some sort of package. All of these things were confirmation that the phone conversation she had heard at mile 22 was true.

At mile 25, Hazelrig reunited with her family, who were seated in the Multiple Myeloma cheering section. Hazelrig ran the marathon in honor of her mother-in-law, Becky, who is afflicted with the disease, a type of blood cancer, as well as using it to celebrate her 40th birthday.

The explosions were located near the grandstands, where spectators must have a VIP pass. Some members of the Multiple Myeloma Foundation Team had been given the chance to sit there; and Hazelrig decided against it because she felt her family would be more comfortable in the cheering section along with other family members of her team.

“I still don’t know why I didn’t take those tickets because they would have been great seats,” she said. “The Lord had His hand in it the whole time, protecting us.”

After locating her family in the cheering section, Hazelrig went to her husband, Scotty.

“Is it true what they are saying?” Hazelrig asked him.

“What are you going to do?” asked Scotty.

However, after attempting to continue her run, Hazelrig was forced to stop. The race was over. Hazelrig terminated her race a mere .2 miles from the finish line.

“Runners were standing in the middle of the streets, and you could see the frantic looks on people’s faces,” she said. “When I realized it was over, I went back to the cheering section to meet with my family, but they were gone because they had been cleared out.”

Now, Hazelrig met the challenge of locating her family, which had been sent back to a hotel. Considering her and her family had chosen to stay at a private residence instead, locating them was going to be difficult, but she says God had a hand in this as well because the first hotel she entered was where her family was.

Her next problem was contacting her family and friends in Alabama to let them know she was ok.

“It was terrible. I finally got a message out to my friend, who then posted it on Facebook, and my husband managed to send a message out from his iPad,” she said.

However, even after the traumatic experience of her first-ever marathon, Hazelrig still says she wants to run another, and hopefully that will include the Boston Marathon next year.

“I was disappointed when I didn’t get to finish the race, but the Lord spared me and my family and I can always do another marathon. It could have been my last race,” she said. “The Lord called me to do a marathon, and I do believe I have a message about the life-changing blood of Jesus Christ.”

Hazelrig now says she will be in search of marathons to compete in soon so her six months of training will not go to waste.

During the race, Hazelrig says the Lord’s presence was constantly with her whether knowing people were praying for her or having the song, “I Surrender All,” come to mind, a song that has a special place in her heart.

“He does have a plan and a purpose,” she said. “He protected us for a reason. Never give up on the race the Lord has put before you.”