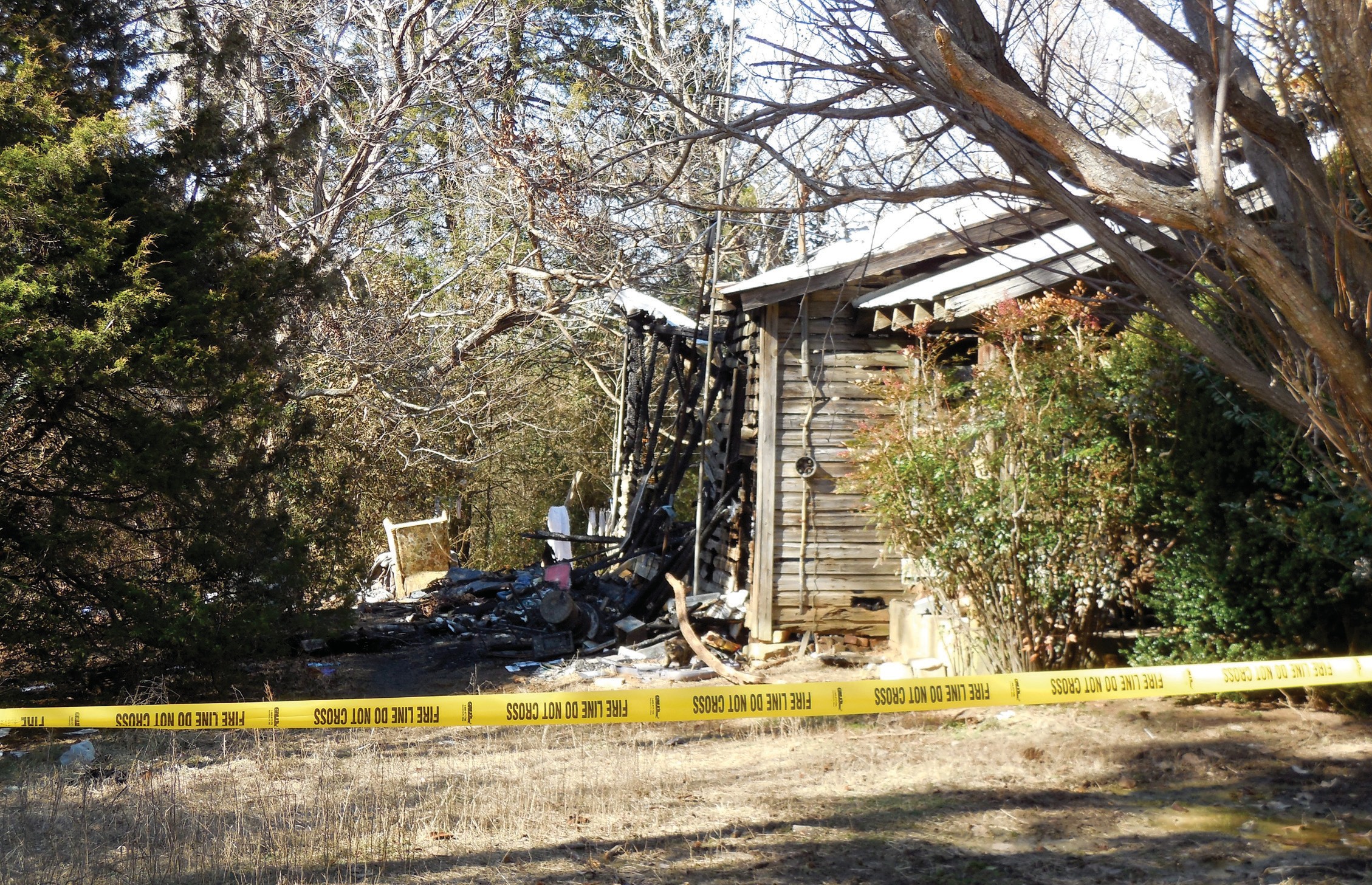 A body was found in this burned-out house on Ebell Road.

Up to a $10,000 reward is being offered for information leading to the arrest and conviction of person or persons involved in a homicide on Ebell Road, according to Blount County District Attorney Pamela Casey.

On Jan.13, a body was found in a burned-out house on Ebell Road, which has resulted in a murder investigation, according to Blount County Sheriff Loyd Arrington.

Arrington would not comment on the state of the investigation other than confirming the department had definite leads they were following.

The Blount County Sheriff’s Department, State Fire Marshal’s Office, Oneonta Fire and Rescue, Oneonta Police Department, and ATF (Bureau of Alcohol, Tobacco, and Firearms) are assisting in the investigation, according to Casey.

“We’ve worked many 18-and 19-hour days,” Casey said. “Officers are going without sleep to find the person or persons responsible.”

Official identification has not been announced, but Casey says circumstantial evidence indicates the body found in the fire is that of 66-year-old Donald Clayton Whited. A DNA test is underway to confirm.

The reward is being provided by the ATF and Crimestoppers, according to Casey.