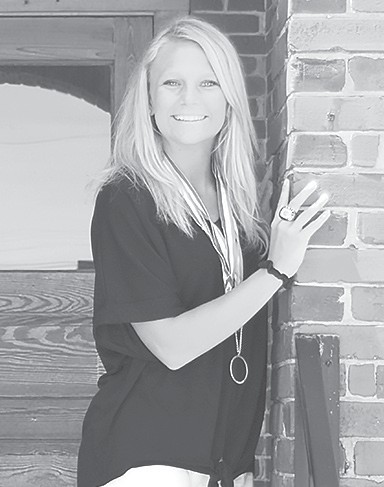 Tara Randolph of Cleveland High School was recently recognized as the Bryant-Jordan Overall Achievement Winner. Since then, she has set the state record for the 100-meter hurdles in track. With a 15.51 time, she surpassed her last year’s state record.

Rebecca Maniscalco, Library Media Specialist at Cleveland High School, said, “I am so proud of her, her accomplishments and her character.” Randolph has performed in the classroom with superior grades, as well as on the court and on the field as an athlete on the volleyball and track teams.

She was captain of the volleyball team for this season and named All-Area and All-County for five years. Randolph has run track for six years and competed at state each year. During that time, she placed second her freshman and sophomore seasons in the 100-meter hurdles and then first her junior and senior seasons.

“She leaves a legacy of excellence for the students and faculty. She will be greatly missed but we know she is going to change the world. We are just so blessed to say we knew her when,” Maniscalco said.