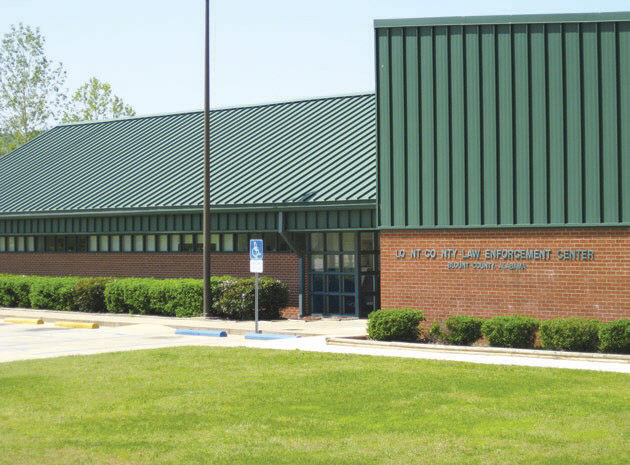 The sheriff’s resignation will end his 30 years with the department.

After months of speculation, Blount County Sheriff Danny Morton will retire Jan. 15, bringing to a close a state investigation of alleged sexual misconduct.


Special prosecutor Tom Sorrells, who was assigned to the case by the Attorney General’s office, released a statement Monday saying that Morton will step down as sheriff and, in return, the state will end its investigation. No charges of a criminal nature will be presented to a grand jury.

Sorrells, a long-time district attorney in Dothan, goes on to say that the agreement was made with the participation and approval of the employee who made the allegations and agents of the Alabama Bureau of Investigation (ABI) who handled the case.

Morton began his career with the Blount County Sheriff’s Department on Oct. 1, 1979, and worked his way up from patrolman to investigator. He served under three sheriffs – J.C. Carr, Ernie Sosebee, and Larry Staton – before winning the 2002 election and taking office in 2003.

In a prepared statement, Morton cited allegations which have been “hurtful” to his family. Saying that he had given careful consideration to the best interests of both his family and his department, Morton added that the decision to step aside came with mixed emotions.

“Over my 30-year career in law enforcement, I have had the honor and privilege of serving the people of Blount County. I am especially grateful for the opportunity I was given by serving as the Sheriff of Blount County over the past six years.

“Recently, however, there have been certain accusations leveled against me which have been incredibly hurtful to my family, and also turned over to proper authorities for investigation. Over the past several months, I have fully cooperated with the investigation into these allegations, and at times, with the assistance of counsel, consulted with the special prosecutor. Over this same period, I have also given careful consideration to what might serve the best interests of both my family and the county at this point in my career. In so doing, it is with mixed emotion that I announce I have agreed to step aside and retire as Sheriff of Blount County, effective January 15, 2009.

“In closing, I want to take this opportunity to thank the men and women of the Blount County Sheriff ‘s Department for their dedication and service, to let you know I have enjoyed working with you and wish you all the very best.”

Tom Sorrells, Supernumerary District Attorney of the 20th Judicial Circuit of Alabama, and special prosecutor, issued the following statement regarding the investigation of Sheriff Danny Morton of Blount County:

“In the spring of 2008 an employee of the Blount County Sheriff’s Department made certain allegations against Sheriff Danny Morton. These allegations were referred to the Alabama Bureau of Investigation. In September of 2008, I was appointed by the Attorney General of Alabama, as special prosecutor in the matter to receive and evaluate the report of the ABI, conduct further investigation if I deemed it necessary, and determine if the case should be presented to a grand jury. After examining this case closely, working with the ABI, I have come to the following agreement with Sheriff Morton and his counsel: Sheriff Morton has agreed to step down as Sheriff of Blount County, Alabama, effective January 15, 2009. In return the State of Alabama will end its investigation and no charges will be referred to a grand jury. This agreement was made with the participation and approval of the employee who made the allegations and agents of the ABI.

“The State believes this is the proper resolution of this case. The Sheriff ‘s Department of Blount County has been in a state of uncertainty and this early resolution should give the department the opportunity to restore stablility. I would like to thank the Alabama Bureau of Investigation, and especially Agent Joe Brzezinski, for their outstanding work in this investigation.”

In a story from the Tuesday edition of The Birmingham News, the attorney for the complainant in the case says a federal civil lawsuit will continue. That lawsuit, filed in May, seeks monetary damages against Morton and Blount County.