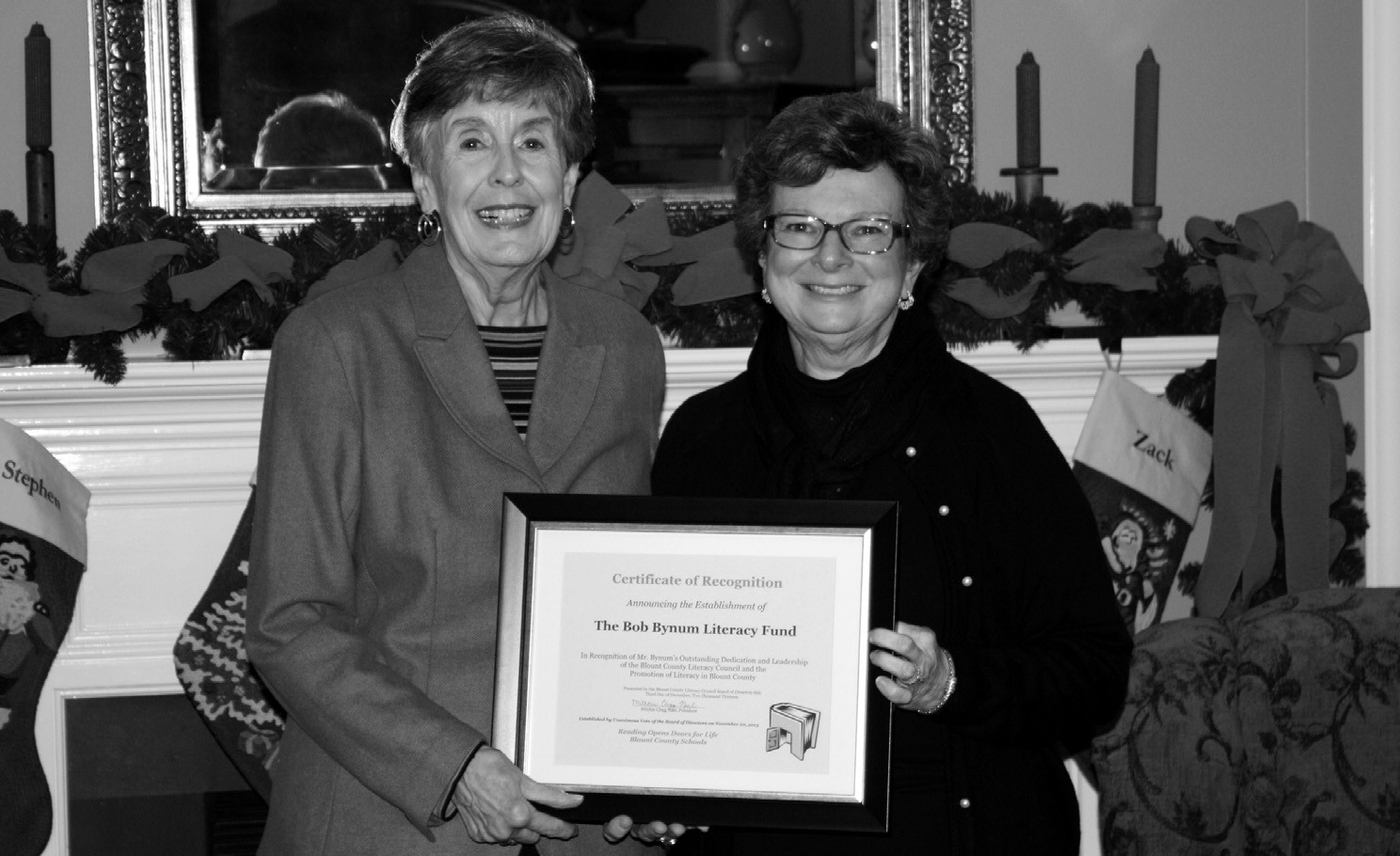 Last week, Blount County Literacy Council president Mitchie Neel, right, announced the creation of The Bob Bynum Literacy Fund and presented a plaque commemorating the event to his wife, Linda. Neel noted his commitment to the Literacy Council. “Bob was a remarkable man who led us for so many years so tremendously and diligently,” she said. Linda accepted the plaque and said her husband would be so pleased the Literacy Council is still alive because he worried about that before his passing.“He would be incredibly honored by this,” she said.