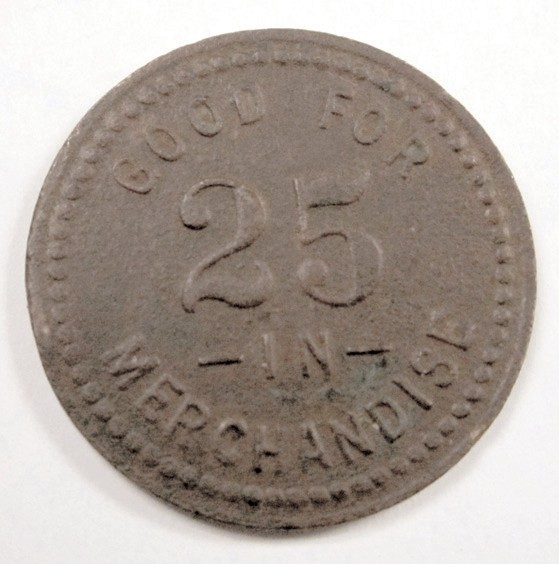 Museum curator Amy Rhudy and Oneonta resident Jerry Elrod team up to investigate 100-year-old coin, actually a token, he found in his back yard some 20 years ago. He dug it up while digging post holes for a fence. The token was contained inside a small metal box, similar in size to a penny match box, Elrod said. He threw the box away and put away the coin for safekeeping, forgetting where he had put it. Recently, his wife found it at the bottom of a jewelry box she was cleaning out. Engraved on one side of the token Elrod found are the words “Good for 25 in merchandise.” On the other side it says “Brice’s Department Store. – by Ron Gholson 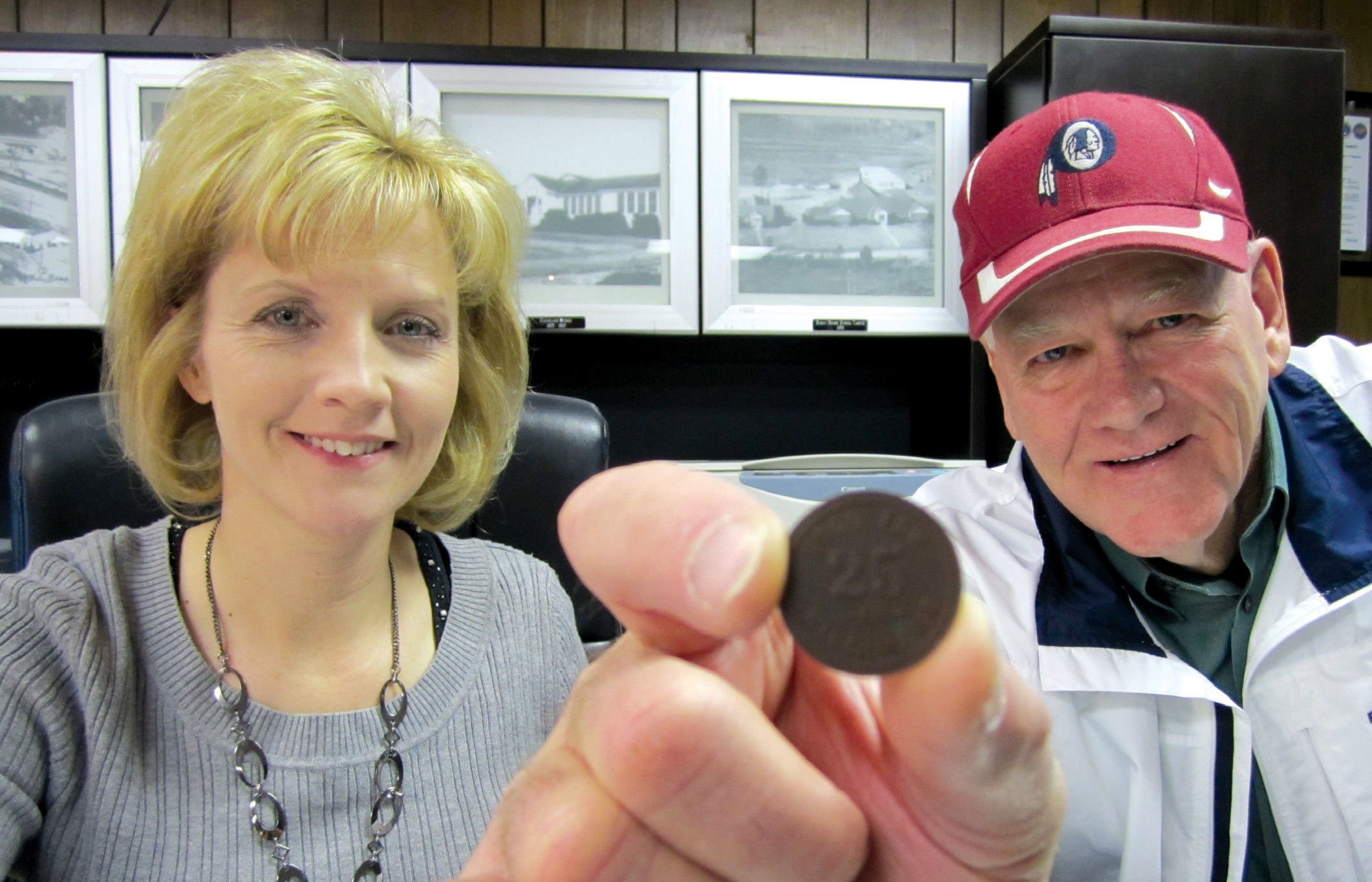 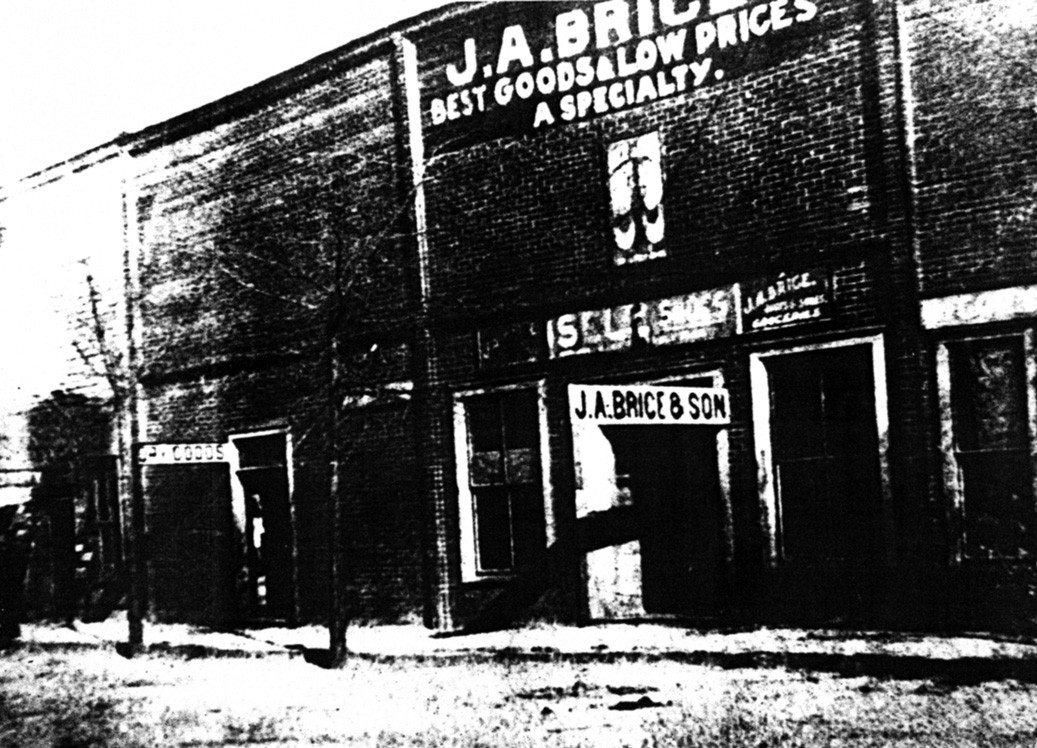 J.A. Brice’s store, circa 1910, from the Jack Fendley collection of historic Oneonta photos. The building was located on main street downtown near the present site of Downtown Diner, according to Oneonta coin dealer Patrick Fendley. The store apparently sold general merchandise. It seems to have gone out of business at some time before the 1930s. According to Fendley, a number of local stores issued such tokens as rewards for purchase of merchandise, much as coupons are issued today. They are considered very rare. Readers who can provide additional details about the store are encouraged to call Amy Rhudy at 625-6905.