God was with him 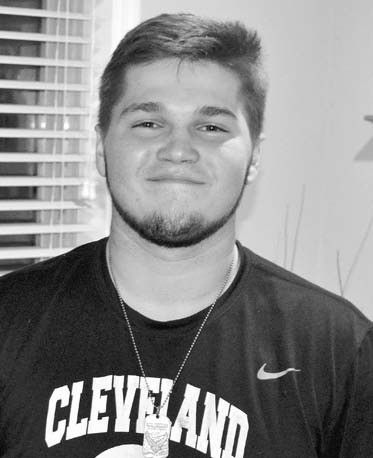 A few weeks ago, The Blount Countian reported on an automobile accident in Hayden involving Matthew Lee. As wrecks go, it was dramatic because the vehicle left the roadway, struck a tree, flipped over and came to rest upside down. Many times, there is not a follow up on these kinds of stories because Lee was not seriously hurt. (The original story reported Lee as a 17-year-old Hayden resident. At the time of the accident he was, in fact, a 16-year-old Cleveland resident.)

This time, Lee’s survival, and even the lack of serious injury, is the story and it is nothing less than remarkable.

Lee is probably like most high school students involved in one or more of a school’s extracurricular activities. He is always on the go. He is a junior at Cleveland High School, the starting center on the football team and involved in his church. In fact, the accident occurred on Lee’s drive home from his second night of the Motion 17 student conference at the Birmingham Jefferson Civic Center (BJCC). The conference is sponsored by Lee’s church, The Church of the Highlands, and is an annual event featuring music, guest speakers and workshops. Their mission statement says it was, “…founded on the belief that our faith is not meant to be idle, hidden or contained, but instead lived out in motion in Christ.”

The first day of the conference, Thursday, July 27, began at noon, but Lee’s day started much earlier as he worked with his grandfather before heading out to meet a bus in Fultondale that took a group to the BJCC. The conference ended at 10:30 p.m. and by the time the bus dropped him off, it was close to midnight. The following morning, he had to meet the bus no later than 7:30 so he was up early again. That night Lee recalls the bus dropped him off at his car at about 11:45 p.m. “I was going on about 4 hours of sleep,” he said, for that two-day period. On the drive home, he recognized he was tired so he rolled his windows down and cranked up some music. Unfortunately, those measures gave out about 11 miles from home.

Lee was startled awake as his car struck some rocks along a yard. He remembers the car flipping, very slowly in his mind, and recalls thinking, “I hope I don’t hit anything.” When the car finally stopped, he recognized it was upside down and he was still strapped in by his seatbelt. He remembered a wreck victim that received severe burns when she did not get out of the car in time, so he unbuckled and kicked the door until it opened enough for him to squeeze out. After waking the owners of the yard he had just driven through, he assessed what had just happened and thought, this is “not my life. It’s His. He protected me. He was in the car with me.” Lee then looked to the sky and said, “Thank you.”

His only injuries were scrapes on his hand, a jammed finger and some bruising from the seatbelt. His mother, Sherry Gladden, later echoed Lee saying, “God was riding in the car with him.”

Almost two weeks after the crash, Lee reflected on lessons learned. The first was something his mother told him which was, “Slow down. Make better decisions.”

She was referring to his decision not to call her when he realized he was too tired to safely drive home. He also said the wreck made him “appreciate things more” including his loved ones to whom he feels closer. “I’ve got a second chance to slow down and concentrate on family and church.”

Gladden said Matthew is “a good kid, but never stops.” She just wants to ensure he gets his rest and encourages all parents to make sure their busy children “are getting rest.”