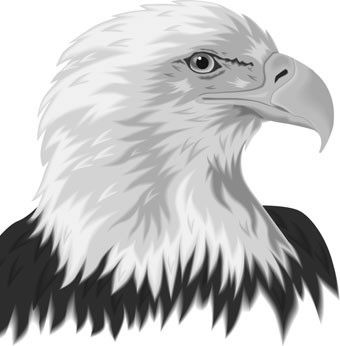 The Appalachian defense basically overwhelmed one of north Alabama’s most explosive small-school offenses last Friday night and the Eagles rolled into the second round of the playoffs with a 21-7 win over visiting Collinsville.


The Eagles won handily but there is room for improvement. Appalachian committed three turnovers and was hit with eight penalties for 60 yards. However, the Eagle defense made sure the mistakes never really mattered.

Appalachian got on the board early. Jeremy Hill launched a deep pass to Colby Harvey and the senior did the rest motoring 75 yards for the score. Emilio Maldonado knocked the extra point through and the Eagles led 7-0 in the first quarter.

The Eagle defense continued to deal misery to the Collinsville offense and the Appalachian offense capitalized in the second quarter. Set up in great field position by a Collinsville turnover, the Eagle offense got on the board again. The short drive ended when Harvey scored from a yard out. Maldonado made it 14-0 with his second extra point and the Eagles took the lead to the halftime break.

Appalachian got another Panther turnover in the third quarter and this time the offense put the game out of reach. Tonny Strickland finished off the drive with an 8-yard run and Maldonado made it 21-0 through three quarters.

With a three-score lead, the home team substituted liberally and Collinsville got a feel-good touchdown late on a 43-yard pass.

The Eagle running game was effective – 125 yards on 41 attempts – but the passing game was spectacular. Hill completed 9 of 11 through the air for 200 yards and one touchdown. Cameron Cox came in late and completed one of two for 10 yards.

Harvey was the leading receiver with 149 yards and a touchdown on three catches. Strickland caught three for 29 yards while Jacob Chappelle hauled in two for 18 yards. The other receptions went to Preston Alexander and Jacob Hutchens.

Eleven Eagles registered carries in the game with Dylan Schuman leading the team with 34 yards on five attempts. Zach Blythe had 32 yards on nine carries while Coty Tawbush picked up 24 yards on seven carries.

Seth Black led the defense with 15 tackles, Jacob Cornelius had 10 tackles, and Tawbush had eight.

Chris Calvert had three interceptions while Harvey and Jeremy Peek had a pick, as well. Alexander and Blythe had fumble recoveries.

Collinsville finished the year at 6-5 while Appalachian moves into the second round with a record of 9-2.