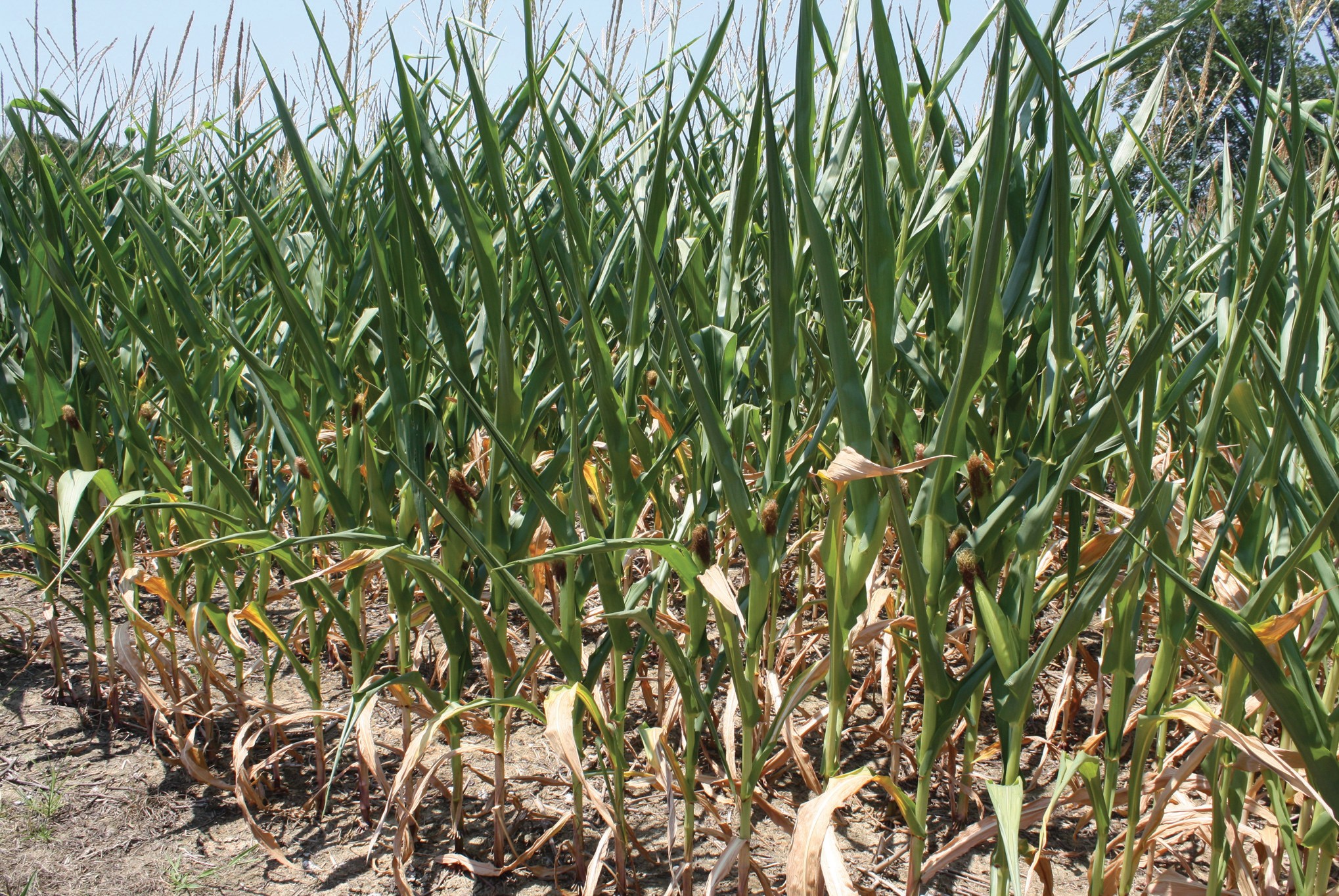 After consecutive days without rain, corn crops are suffering across the county.

The small amount of rain that fell earlier this week didn’t bring any relief to the crops around the area that are suffering from the recent drought. Dan Porch, Blount County extension coordinator, said it is going to take a whole lot more precipitation to have any affect.

“It’s not like a one-inch rainfall would save it,” said Merry Gaines, district conservationist for Blount County. “It has to be a continual rain to catch up the damage that’s been done.”

Many different kinds of crops are showing signs of the lack of moisture, and according to a drought monitor released by the National Oceanic and Atmospheric Administration (NOAA), Blount County is currently classified as abnormally dry. However, many expect that to worsen to moderately or even severely dry over the next week.

As of now, corn seems to be the crop most affected by the drought.

“If you have kernels that have already aborted, that’s it,” Gaines said. “Most corn plants have one or two ears, so if that top one is already aborting kernels, your second one probably isn’t even trying to make corn, so you’ve lost the whole plant.”

Jimmy B. Miller, a veteran farmer from Snead, says this is one of the worst droughts he has experienced in his 48 years of farming.

“If we have two more weeks of these 100- degree temperatures, we won’t have any soil moisture left,” Miller said. “I tried to till a row in the garden day before yesterday and it’s just like flour.”

Miller runs Miller Farms with his nephew, Lance Miller. They farm cotton, peanuts, soybeans, and corn on approximately 1000 acres in Blount and Marshall Counties. Just as Gaines said, Miller’s main concern is his corn, and he believes 30 to 40 percent, if not more, is already hurt.

“If it started raining today, the corn crop would still be short,” he said.

Contrary to the dim outlook of the corn, his other three crops still have potential to do well. Miller says throughout the years he has just learned to live with it, and he won’t change any part of his farming process.

“We’ll go on through with our program like nothing is happening,” he said. “You can’t just chop off doing things because of dry weather because when it rains you want to still be protecting it. We’ll just have to hope and pray that it rains in time.”

Gaines said farmers have already put a lot of money into their crops this year by buying such things as seed, pest control, and fertilizer and now with the drought affecting their yield, the cost will ultimately continue to go up on down the line to the buyer.

“When the yield is low, supply is low and the prices increase,” Gaines said. “The high grain prices affect the livestock and the poultry operations, so it’s affecting everybody. Droughts and other events, like diseases and pests, generally increase the risk of farming, and the general public thinks that if corn is $7 a bushel the farmer is getting rich. In reality, because of a drought or some weather event the supply is not there, so even though the price is high, they don’t have as much to sell.”

Gaines said if a significant amount of rain doesn’t fall soon, farmers could lose their crop, yet Miller, who does admit he is worried, isn’t giving up. In 1995, he lost a good amount of money, but then had a plentiful crop in 1996 and was able to pay his debt off.

“That’s just the life of the farmer,” he said.