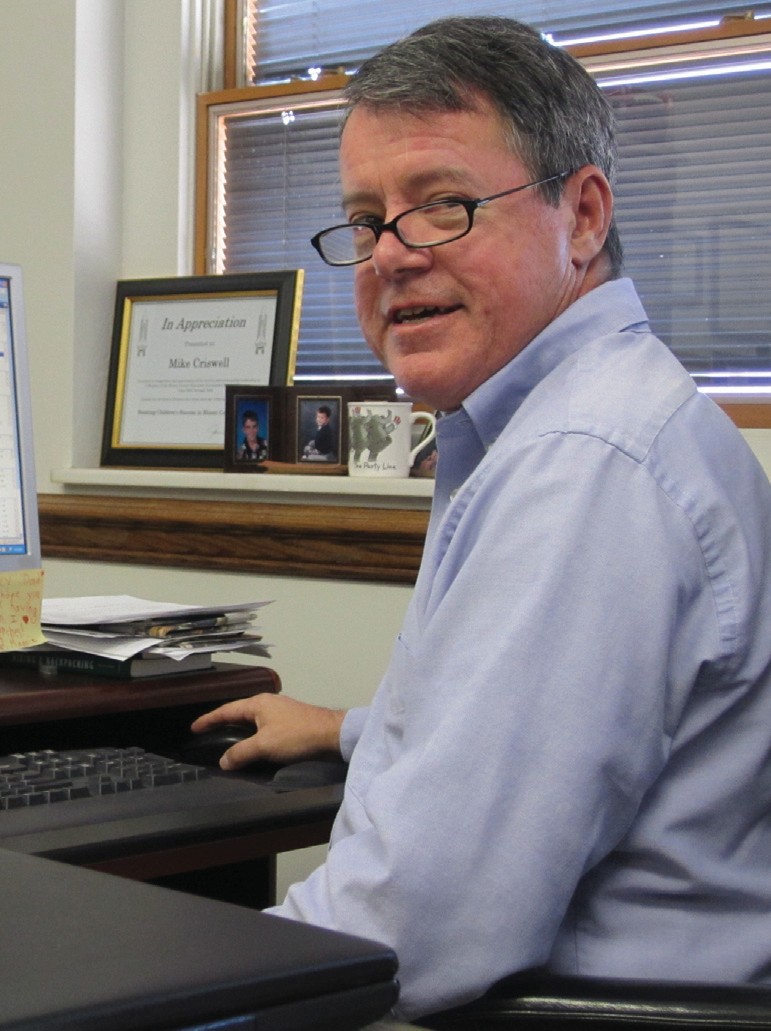 Circuit Clerk Mike Criswell will retire at the end of November.

Mike Criswell, who has served as Blount County circuit clerk since 1988, will retire at the end of November, he announced recently. With 26 years in office, that makes him one of the longest-serving public officials – maybe the longest-serving public official – in Blount County history, as best as can be determined. He would have retired in January 2019 had he served his entire final term.

The vacancy will be filled by appointment of Circuit Judge Steven King.

“I would like to thank the people of Blount County for giving me the opportunity to serve them as circuit clerk for the past 26 years.

“There have been lots of changes over the years. We have gone from carbon paper to printer paper; from paper files to e-files; from pen and pencil to keyboards and computers.

“I have been very lucky to have served alongside of some very special judges, district attorneys, and law enforcement. But I have been blessed most of all with the best staff of employees. To which I am very grateful.

“My decision to retire did not come without a great deal of thought. The final decision was not based on any health concerns, but reached after coming to peace of mind with the idea of being retired. I have been either in school or at work my whole life. It wasn’t easy to understand what would get me out of bed each morning.

“But I have come to the conclusion that my real job all these years has been to take care of my family, which I plan on now making my full-time job.”