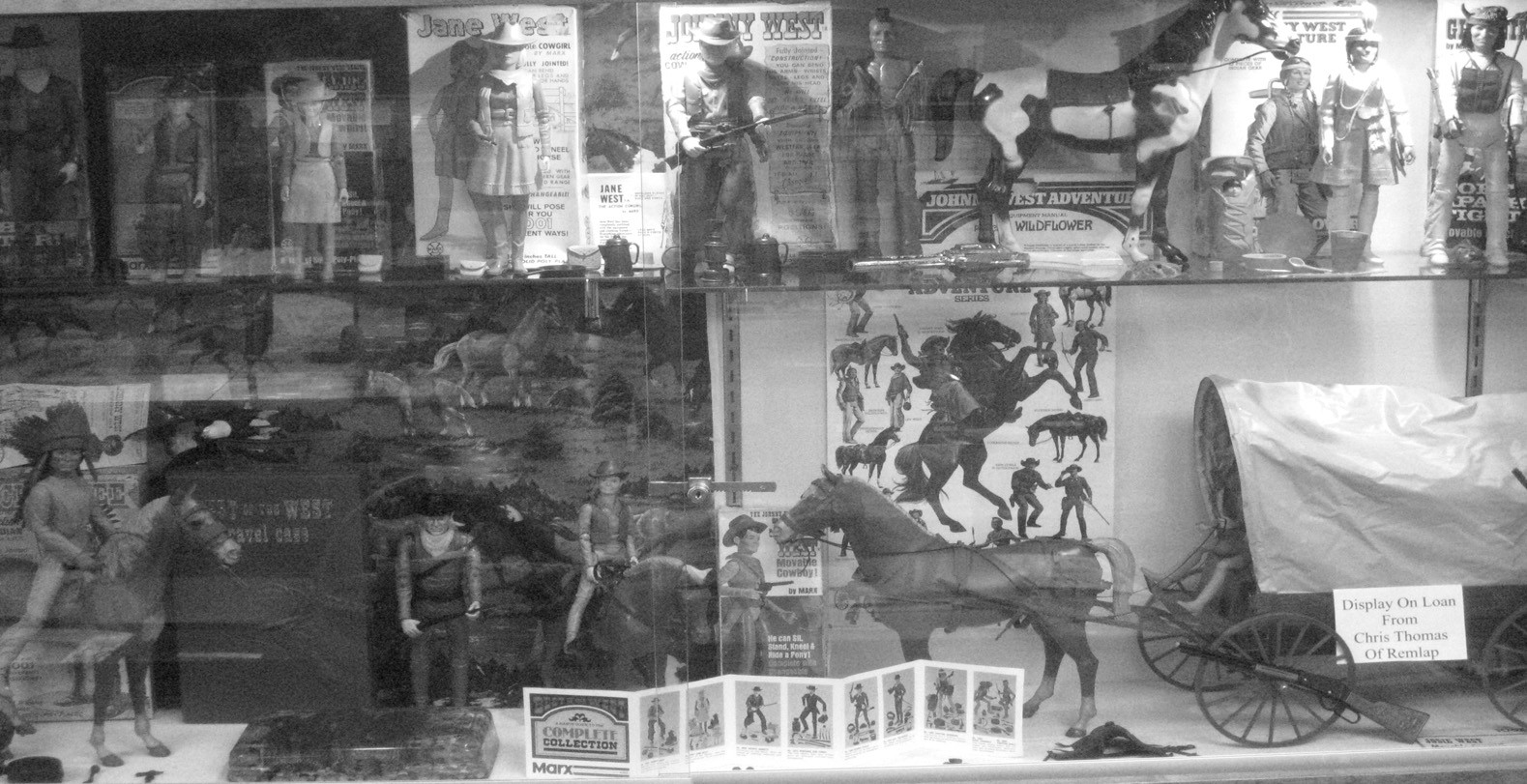 Currently on display at Memorial Museum in Oneonta is the ‘Best of the West’ display, a collection of figures of near-mythical status from the Western frontier. Produced by Louis Marx and Company, the collection took its inspiration from both actual historical figures like Daniel Boone and Geronimo and television characters from the 1950s and 1960s, the company’s heyday. When licensing costs became too great to feature TV and movie personalities, the company introduced its own generic line of figures, such as Johnny West (John Wayne?) and Jane West. The display is on loan from Chris Thomas of Remlap. – Ron Gholson