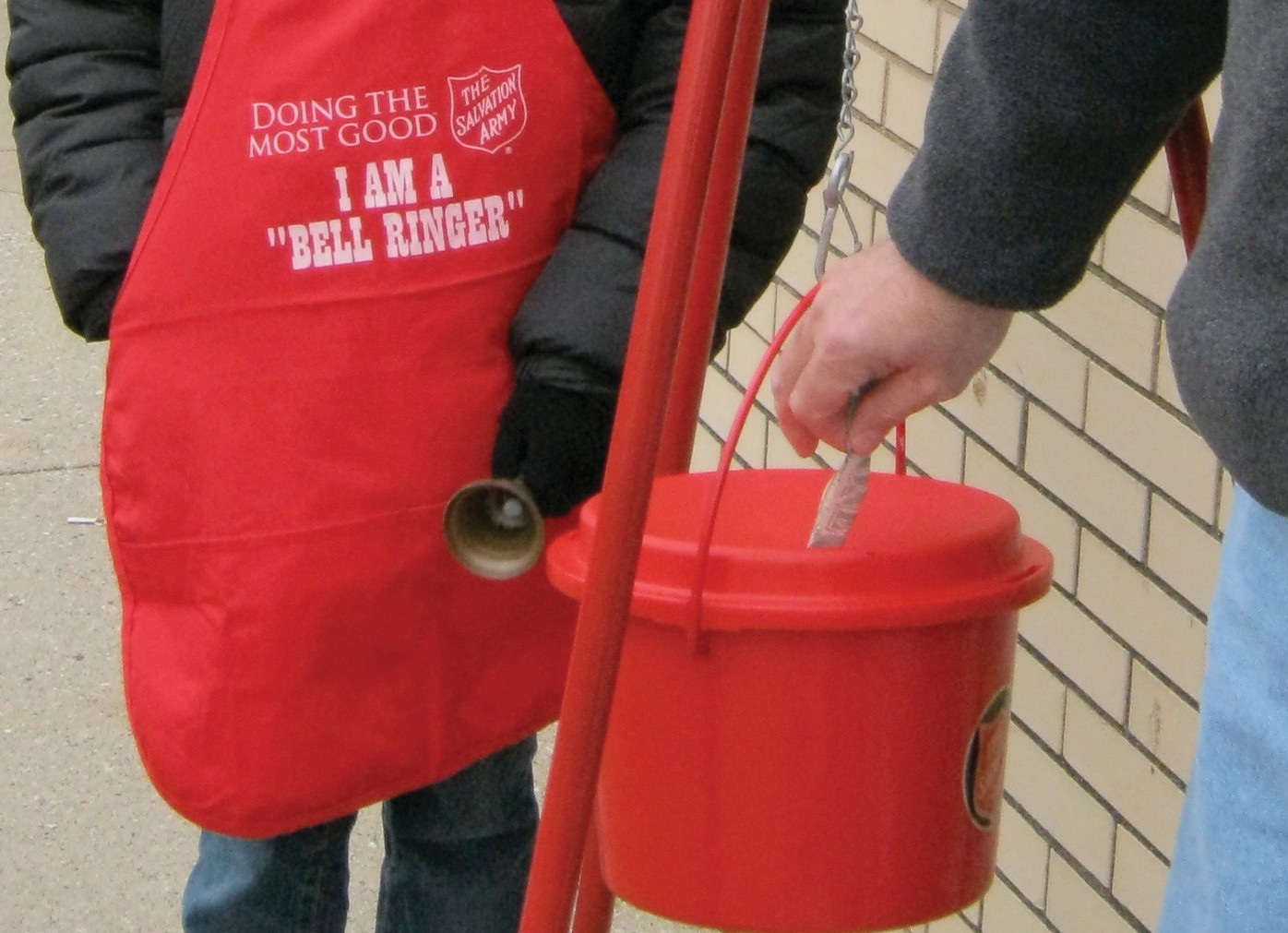 Salvation Army bell-ringers are instructed not to take money by hand from donors, but to allow them to deposit it directly into the collection kettle.

A Blount County man working as a Salvation Army Christmas bell-ringer was charged last week with theft of property third degree, a misdemeanor, when he was caught taking money contributed to a Salvation Army collection point at Walmart. A warrant has since been issued for his arrest.

Connie Montgomery, director of the Blount County Service Center and Thrift Store, said the man was observed on store surveillance video taking money from donors and putting it into his pocket, rather than into the Salvation Army collection bucket. Bell-ringers are not supposed to touch the money, she said. They are supposed to remove the bucket from the tripod and offer it to doners to place the money into the receptacle themselves.

In addition, she said a five-dollar bill was photocopied, then given to a confederate to donate at the suspect’s station. The Oneonta Police Department was summoned to the scene and officer Anthony Brewer spoke to the offender, who took the copied five dollar bill out of his pocket and showed it to the officer, claiming he had brought it from home. He later returned the $5 to the Salvation Army.

Montgomery said she was alerted when two callers reported they had seen a bell-ringer keeping money intended for the Salvation Army’s collection bucket.

“I want those two ladies who alerted us to know what they did was appreciated. This is money that goes to children and poor people for Christmas, and we’re going to protect it. It’s hard to believe someone would steal it.”

Montgomery said when they confronted the offender, she offered not to prosecute if the man would admit the amount he had taken and make restitution. He claimed he never took anything, she said. Montgomery said the Salvation Army will prosecute the offender on the theft of property charge.

Montgomery estimates he kept $60 to $70 in donations on the day he was apprehended. He had worked as a bell-ringer on seven days previously. She said he had also been a client of the Salvation Army. “He’s been one of the people we’ve helped in the past,” she said.

“Officer Anthony Brewer did a really good job working with us on this,” Montgomery said.