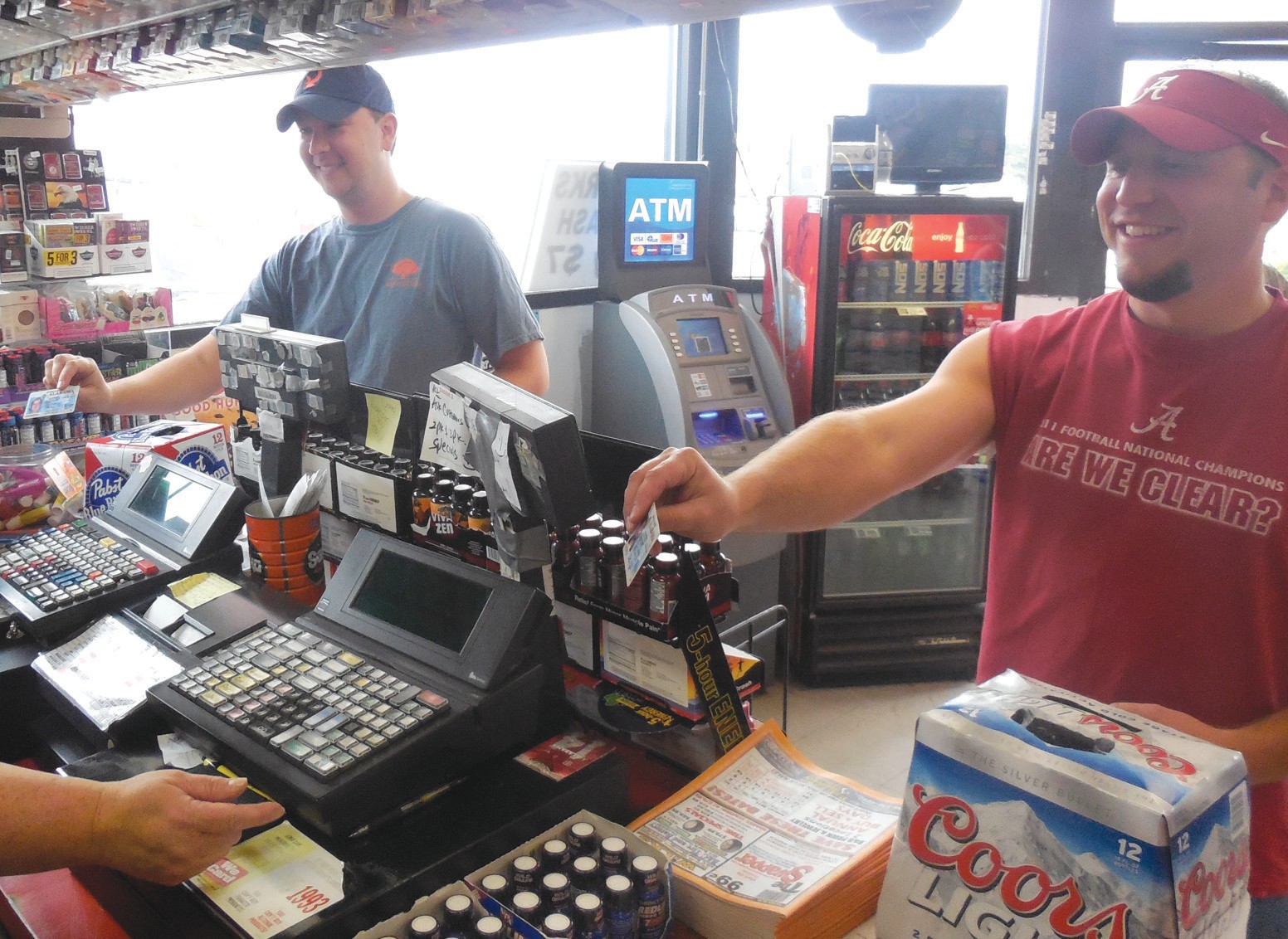 At 10:47 a.m., on Thursday, at M & N Food Mart on Ala 75, Brandon Taylor, right, and Richard Phillips, both of Oneonta, simultaneously showed their IDs and bought the first alcoholic beverages sold in the city of Oneonta. After years of battle between Blount County proalcohol and anti-alcohol groups, it would seem the controversy would have subsided since the latest vote legalized sales in Oneonta and Blountsville. However, when a picture and announcement of the event was posted on The Blount Countian’s Facebook page, which received almost 200 likes within 24 hours, both sides continued to openly express their opinions ranging from,‘Yay!! Best thing to happen to Blount County!’ to ‘Beer does nothing but ruin lives all the way around, just saying.’ Feel free to visit the page and continue the conversation. – Nicole Singleton