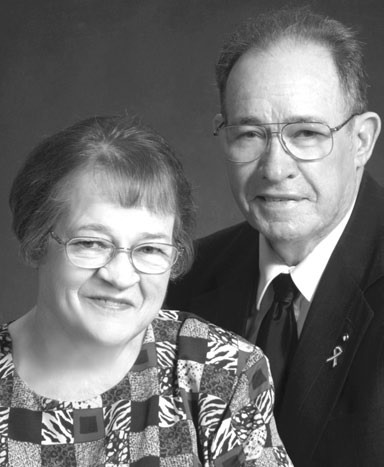 Wayne and Anita Gibbons will mark their 50th wedding anniversary with a reception hosted by their children Saturday, Dec. 19, from 2 p.m. to 4 p.m. at Oneonta First Baptist Church fellowship hall.


The couple was married Dec. 19, 1959, by Rev. Armond Acton at Glencoe Cumberland Presbyterian Church. They have lived in Oneonta since 1965, and both taught at Oneonta High School. She was a science teacher, and he taught vocational agriculture and industrial arts. Their children are Ronald (Brenda) Gibbons of Trafford, Charles Gibbons of Oneonta, Sara Gibbons of Rosa, and Janna (Chris) NeSmith. They have six grandchildren.

Anita Henson was the daughter of the late Harold and Estelle Henson of Glencoe. She attended Glencoe High School and Auburn University. She is a member of Oneonta First Baptist Church, OEA, AEA, CowBelles, Gideons Auxiliary, Jayceettes, and Eastwood Club.