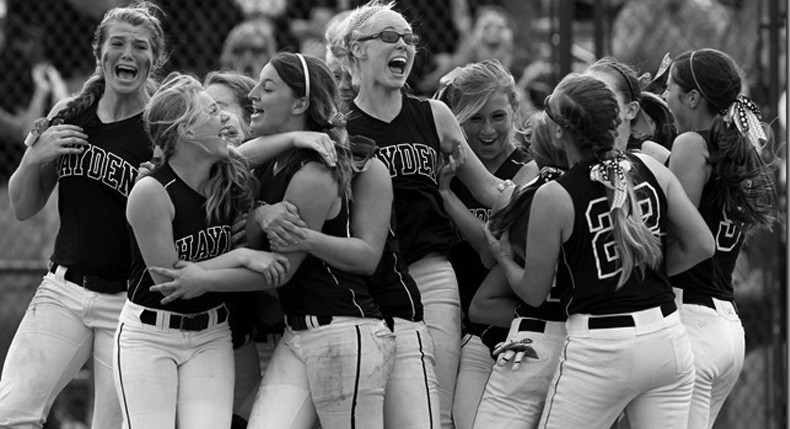 With apologies to Probate Judge/Commission Chairman Chris Green for highjacking his word, but he hit the nail on the head: it was a tumultuous year in Blount County, especially in the political arena. We review a selection of the top 10 major news stories of 2013. Several “honorable mention” stories, most representing a single event, complete the review. Most are public affairsrelated. A couple are not.

Guidelines: this represents The Blount Countian’s judgment. It is not the only possible list of stories, but we wrote them and followed the events, so it is ours. The summaries are not comprehensive. They serve mainly as reminders, with an indication in some cases of current status, for ongoing stories.

1.The wet/dry controversy, aka the right-to-vote case. This was the longest and strongest story of the year, by far. By our count there were some 20 news articles on the subject, and a flurry of letters to the editor. The story arrived early in the Jan. 23 edition with Oneonta Mayor Ross Norris positioning it squarely as a rightto vote issue from the outset. It stayed late – until the Dec. 11 issue – when Keep Blount County Special, the “dry” side – appealed to the Alabama Supreme Court the Nov. 1 ruling by Blount County Circuit Judge Steven King that the law excluding Blount County municipalities from conducting wet/dry referenda is unconstitutional.

A major development along the way came in August when Keep Blount County Special entered what had until then been a rather “dry” legal exercise (pardon the terminology) without a committed adversary to plead the constitutionality of the law.

On Aug. 21, that changed when Larry Gipson and Glenn Bynum, both Baptist ministers representing the anti-alcohol group, were granted status as plaintiff-intervenors in the case. Though the ruling went in favor of the defendants, the appeal of the decision returns the case to the courts for another estimated 12 to 18 months before final resolution. Meanwhile, it’s possible another countywide wet/dry referendum could be held (on Nov. 4, 2014) before the appeal works its way through the court. At last word, that’s still being studied.

2.The District 11 Alabama House of Representatives race. Quick summary of 10 articles, Jan. 2 to April 10: first there were five candidates, then there was one. In between was a lot of politics including a five-way debate in Blountsville, and a late anticlimax in which the last Democratic candidate in the area (and maybe the state?)– Kelly Evans from Cleveland and/or Hanceville – dropped out of the race the week of April 1, just when she finally had a single foe to face. Already vanquished in the special primary election were Cullman County natives Mike Graves and Lydia Haynes, followed by Danny Alldredge, also of Cullman County, who lost in the runoff on March 26. The last man standing was and is current District 11 state Rep. Randall Shedd, who made it to last year’s legislative session just in time for the closing, and has been working to prove his mettle ever since. Never mind exactly what area of Blount County he represents, because it’s getting ready to change before the next election due to redistricting. The Blount Countian covered the new district plan for the Alabama House of Representatives in its Dec. 11 edition, and will do so at least twice more during the 2014 election cycle. The Senate districts for the county, which changed only slightly, are covered in a separate article in this edition.

3.Road-related matters. Ten standalone articles dealt with county road issues. That doesn’t include references to, and sometimes action on, road improvements that occurred in county commission meetings. The biggest single subject was the county’s success in getting an unusual number of roads accepted for inclusion in the state’s Alabama Transportation and Rehabilitation Improvement Program (ATRIP). Under the program, the state commits 80 percent of funds required to upgrade and resurface qualifying “major collectors,” also called “farm-to-market” roads, around the state. Blount County had more roads accepted (10) than any other county in the state and was second only to Cullman County in the amount of money it received ($11.5 million) for the projects. Work has already begun on the roads, and is expected to conclude in 2015. Other road-related subjects included the announcement the the Ala 160 four-laning project has been indefinitely delayed, and was no longer on the Alabama Department of Transportation’s (ALDOT) list of projects scheduled for implementation. Another significant road subject dealt with the oft-delayed Northern Beltline interstate connector project, passing within a few miles of the county’s southern boundary and widely expected to trigger an economic boomlet in its corridor. Recent indications are that construction will begin on the first segment, connecting Ala 75 and Ala 79, in 2014.

•selection of a new county administrator and subsequent introduction and interview.

•two separate repair and upgrade projects on the county jail – one to repair storm damage to the roof, and one to replace the aged-out heating and cooling system; both are now complete.

•initiation of a major project to update aging energy systems in all county buildings, in the process saving much of the cost of implementation through energy efficiencies inherent in design, selection, and installation of replacement equipment; still in study phase.

•decision to accept ownership of abandoned U.S. 231/Ala 79 bridge north of Cleveland from ALDOT to preserve water, gas, and telecommunications infrastructure now attached it, and to secure the bridge as a potential tourism attraction related to the access it provides to the Locust Fork River.

5.The three main drivers of contention for the final third of the year: the great Chamber of Commerce debate, the creation of an economic development effort/agency in the county to replace the one that self-destructed in 2010, and the effect of both on the county’s 2014 fiscal year budget. It took 16 articles, by our count, to cover these related subjects, beginning with a commission work session called in August, ostensibly to accommodate the county’s mayors who wanted to ask the commission to create and economic development agency to recruit new business to the county. Some of them did make that request, and others aimed a withering volley of criticism at the Blount County-Oneonta Chamber of Commerce for what they saw as its failures. When the dust settled – and it just began to do so as the year came to an end – the county-wide chamber sustained a 38-percent cut in its annual allocation from the county commission, the new West Blount Chamber got a 150-percent increase in its allocation, and county wide chamber director Donny Ray resigned amid animosity generated by the exercise.

The tensions over economic development and the chamber fuss were reflected in fiscal year budget discussions and in the final 3-2 split vote approving it. At year’s end, Blount County has two official chambers of commerce. It also has the makings of an economic development council, approved in a resolution of the county commission, and a plan for selection of board members for the council. Unresolved are how the council is to be funded for the long term, although indications are that some assistance will be forthcoming from the state.

6.The ‘split the job’ dustup. This was the item that got the year off to its tumultuous start. It came in the form of a commission resolution requesting that the legislative delegation craft a law for passage providing for a full-time elected commission chairman in Blount County, thus separating the present combined job of commission chairman/ probate judge. The motion was made by District 3 Commissioner Dean Calvert out of the blue with no apparent prior discussion. The subject was not mentioned in a work session four days before. It generated much heat and little light over the next two months, including a public hearing for citizens to express their opinions. Their opinions were predictably various, but the predominant one was that the commission should do nothing before informing citizens fully on the pros and cons of the action. The commission discussed holding public forums around the county to do that, then decided to delay them until a multitude of questions that would inevitably be raised could be reasonably answered. Those questions have not been answered – mainly because they involve money not presently available – and the forums have not been held. Still in limbo.

7. St. Vincent’s Blount in the spotlight. In early April, rumors sprang up in the form of phone calls to the newspaper about St. Vincent’s Blount. “Is the hospital closing? People are being laid off. What’s happening at the hospital?” The Blount Countian scheduled an intensive fact-finding session with hospital administrator Evan Ray. The interview was wide ranging and his answers, summarized here, were unequivocal. No, the hospital’s not leaving. Yes, some people have been let go as a result of a “restructuring” in March. Not only is the hospital not leaving, it’s settling in for the long term with the introduction of new services, more physicians, and new programs aimed at enabling the hospital to sustain itself financially for the long term. Two of the most important of those new features: being designated a Critical Access Hospital and being approved as a “swing bed” facility.

Ray repeated that message at a Chamber of Commerce breakfast sponsored by St. Vincent’s Blount in September, and John O’Neill, president and CEO of St. Vincent’s Health System, repeated it in October at a special event celebrating those achievements, which had been more than a year in the making. “It’s a big deal,” he said enthusiastically. That seems a fair appraisal of the St. Vincent’s story to this point.

•In May, American Apparel began reducing its force as its contracts to produce military uniforms were successively cut back then eliminated. The company issued a release acknowledging closure of the Oneonta plant in early July. At its height, the company employed 250 at the plant. It had been in operation since 2005. The company release treated the closure as indefinite, if not permanent.

•Just two weeks later, Southern States Cooperative announced the closing of eight north Alabama stores, including the Oneonta location, affecting eight employees. The store had been in operation since 1998.

•In May, Otelco, headquartered in Oneonta and providing both conventional and enhanced telecommunications services, announced that it had emerged from bankruptcy proceedings, successfully restructuring its debt with no impact on local telephone service, and a loss of only seven jobs in the north Alabama operating area.

•In late November, Tyson complex manager Ricky Walker announced the creation of 50 new jobs in January 2014 to the Tyson facility in Blountsville. That will take the plant back to full capacity, according to the letter. The recent introduction of a new line of beer-battered chicken (unrelated to the prospective jobs) produced a total of $11,586 in taxrelated revenue to Blountsville.

9.Volunteer Fire and Rescue Departments in the news. The county’s volunteer fire departments (VFD) were in the news, but not as much as they may be in the near future, when their aging veterans retire, unreplaced by younger volunteers. Nominally, West Blount VFD got an ISO downgrade as a result of a failed inspection, then had its rating restored a few weeks later. (May 1, May 22 editions for details.) Some residents were affected when their homeowners insurance rates increased as a result. Mt. High VFD, on the other hand got an ISO upgrade, effective Dec. 1. (Nov. 27 edition for details). The big news, though, is that VFDs countywide are facing challenges to their continued operation. Most are drastically undermanned and many are woefully underfunded, according to a recent, informal meeting of county fire chiefs Next year, or the year after, a procession of closings could begin in communities throughout the county, as one of their most vital and reliable life or death services fail from lack of local participation. (Sept. 18 editorial “Red Alert” for details.) Bottom line: communities either step up or lose out. It’s coming to that.

What happened to baseball?