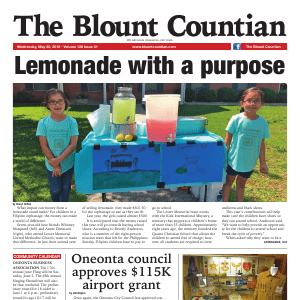 Should Death Occur We carry suits and dresses, any size from the smallest to the largest in stock for less than you can buy the cloth to make them. Call Oneonta Coffin & Casket Co., Oneonta. Ford Cars Scarce Place your order now if you want a Ford Car any time soon. While the production is greater than ever before, […] 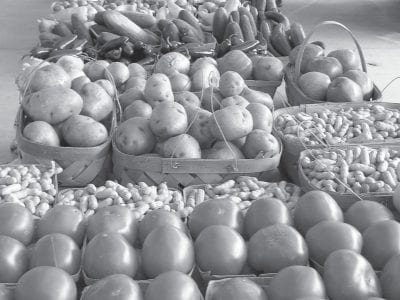 It’s almost tomato time Blount County. As a matter of fact, there are some county-grown, vine-ripe tomatoes here, if you know where to look. Producers that have high tunnels or greenhouse operations are picking ripe tomatoes, and they are good! Of course they may cost a little more, but I am willing to pay for that first tomato sandwich. Field-grown […]

Christian Boyle, loving son of George Boyle and Kerry Payne, went missing on December 12, 2017, and was found murdered on December 25, 2017. Detective Eakes with the Blount County Sheriff’s Office has worked countless hours and talked with numerous people but no one has been charged at this time. Christian was a fun-loving and caring young man who would […]

In the Libraries Rock article last week, the library director was listed incorrectly. Ricky Statham is the director.

What will happen to the newspaper? (Part 2)

As promised, we have published a paper every week. As requested, you have continued to read and advertise. We hope you are pleased with what we’re doing. In the public notices this week you will see a mortgage foreclosure involving Molly Howard’s estate and Rob Rice. Don’t panic! Since Rob was still in the process of buying the paper and […] 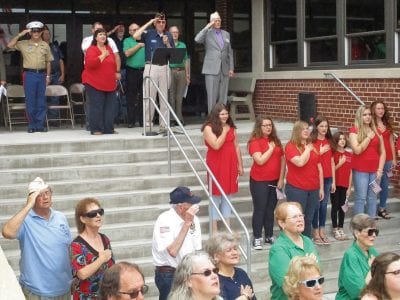 Led by retired veterans service officer Dalton Wester at the podium, Memorial Day observers pledge allegiance to the flag, as Lynda Rhymes, standing by Wester, prepares to sing “The Star Spangled Banner.” An elegy is a lament for the dead. And that was the sentiment underlying the Memorial Day celebration held in front of the Blount County Courthouse Saturday. The […] 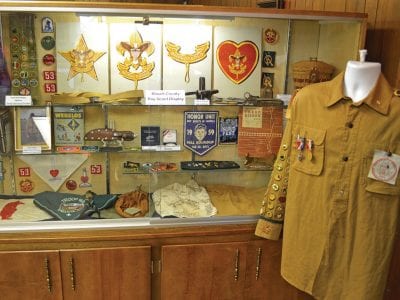 The Blount County Memorial Museum has some new displays of vintage items that any history buff will want to see. One is dedicated to the Alabama Power Cooking Schools, which began in 1922 as a way to “introduce” electric appliances to women, the primary cooks of the day. Adelia Gaboury was the first home economist hired by the company. She […]

Once again, the Oneonta City Council has approved contracting with engineering firm Goodwyn, Mills, and Cawood for improvements at the city’s Robbins Field airport. The $115,000 fully reimbursed federal grant, one of several the city has received over the past couple of decades, will include engineering planning and oversight. In other action the council approved city participation in the state’s […]