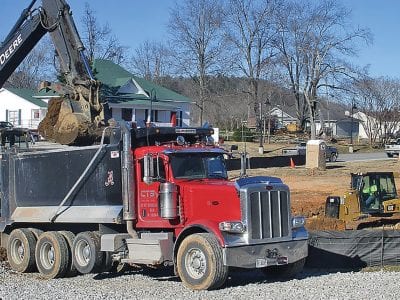 That’s what the billboard on the north corner of the lot across from the Oneonta Senior Center said: ‘Coming 2019’ – until it was removed last week to make room for the main event: the beginning of pre-construction site preparation for the Wallace State Academic Center building. Work is now in progress as Carmen Construction of Albertville is on site. […] 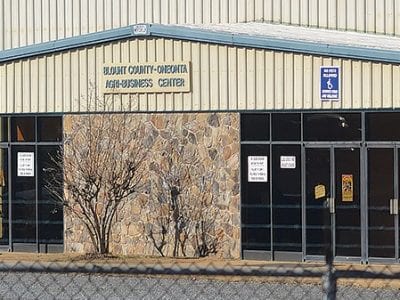 Amidst changes at the Blount County-Oneonta Agri-Business Center, there is currently a vacancy for the executive director position. Outgoing executive director Chase Moore resigned earlier this month. Moore said his time as executive director (a little more than four years) were challenging, but he just felt like it was time for him to focus more on his family. “I care […] 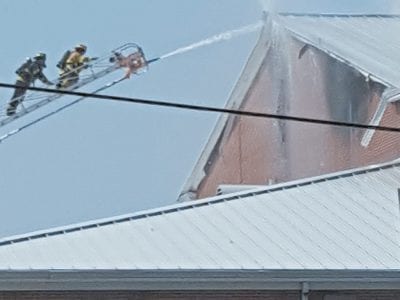 An unpaid bill for $10,000 submitted to Blount County Schools for Hanceville Fire Department’s response to the J. B. Pennington fire in March of last year has become a subject of discussion between the city of Hanceville and Blount County Schools. The bill had been adjusted from the original amount of $11,293. “We don’t want to make anybody mad, and […]

ONEONTA PUBLIC LIBRARY The Novel Destinations book club will meet tomorrow, Jan. 25, at 5:30 p.m. to discuss Julie Klam’s ‘You Had Me at Woof.’ The library will be closed Friday, Jan. 26, for staff development. Dr. Frannie Koe will give a presentation on health care and healthy eating, on Saturday, Jan. 27, at 10 a.m. Receive personal help with […] 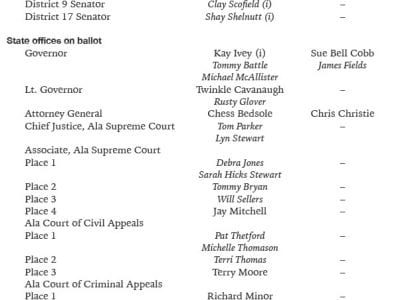 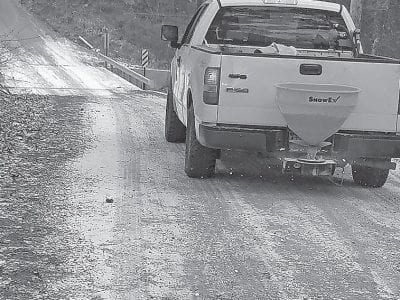 District 2 foreman Terry Franklin prepares to ‘season’ an icy Wallace Road Bridge with a dose of salt following the snow event last week. Overall, roads in the county weren’t severely affected, although conditions were hazardous for a time Tuesday afternoon and evening and Wednesday. Roads were perhaps most affected in the northern tip of the county. The area lying […] 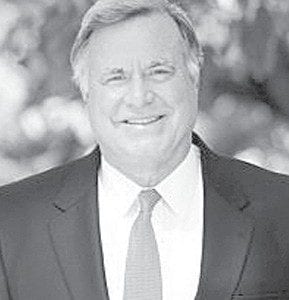 As the 2018 state elections loom, let’s take one last look at the 2017 special election to fill the remaining three years of Jeff Sessions’ six-year term which, by the way, comes up in two years in 2020. It is assumed by most astute political observers that the winner, Democrat Doug Jones, cannot win election to a full term in […] 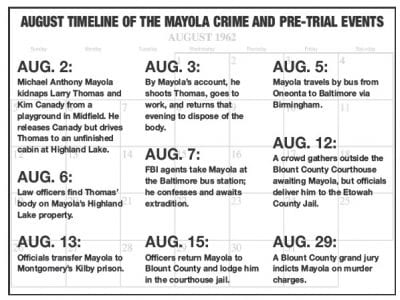 [The accompanying timeline reviews some of the events in the Mayola crime, chosen by a group of journalists as the fifth biggest story in the state in 1962. The immediately past installment in this series noted Mayola’s attorneys had prevailed upon Judge L. P. Waid to order a mental evaluation of the accused. Those officials concluded Mayola did not meet […]

The Cleveland Town Council met Jan. 11 at its regular monthly meeting and park items again took up the bulk of the meeting. The first was Councilman Doug Hill’s report that Councilman Tommy Swindle’s term on the park board was over, and he was being replaced by Joey Dixon if the council approved the appointment. A motion to appoint Dickson […]

Bottom Line – Oneonta ends fiscal year with deficit The City of Oneonta ended fiscal year ’85 with its general fund in the red and members of the council are predicting the financial crunch will worsen next fiscal year with the anticipated loss of more than $100,000 in revenue sharing funds. The council was presented the ’85 audit at the […]