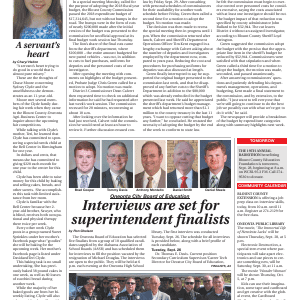 In a special meeting Monday, called for the purpose of adopting the 2018 fiscal year budget, the Blount County Commission passed the 2018 expenditure budget of $17,314,645, but not without bumps in the road. The bumps were in the form of cuts of nearly $200,000 made after the initial version of the budget was presented to the commission for unofficial […] 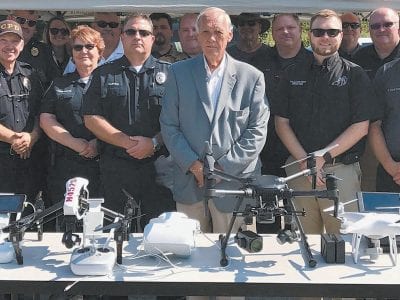 Members of law enforcement and emergency management proudly display Blount County’s newest piece of technology – the DJI Matrice 210 UAV drone. The drone is expected to be used in many different capacities, including searches and manhunts, storm damage surveys, aerial imagery for mapping and wildfires and structure fires or any time there is a need for ‘eyes in the […]

BLOUNT COUNTY EXTENSION is offering a job prep class on interview skills, today, from 10 a.m. until 11 a.m. Register at 274-2129 for the free class. ONEONTA PUBLIC LIBRARY The movie, ‘The Immortal Life of Henrietta Lacks’ will be shown Thursday, Sept. 28, at 5 p.m. Electronic Destruction, a special teen event where participants will take apart electronics and use […]

Hoping for another Jim Allen

As one of America’s most conservative states, we have a history of electing very conservative senators. Jeff Sessions proved to be one of the most conservative members of the U.S. Senate during his 20-year tenure. Another conservative that served 10 years in the Senate from 1968 to 1978 was the great Jim Allen. Jim Allen had an illustrious career in […]

The Alabama Board of Funeral Service issued a warning last week about a current scam that targets grieving families. The agency has received reports of individuals who do not work for a funeral home calling families who have lost a loved one and requesting additional money be paid for funeral-related items such as caskets, cemetery items, shipping, and other things. […]

Investigator Jimmy Baldwin reports Oneonta Police Department have opened two elder abuse investigations due to financial exploitation. Charges have not been filed as the investigations are in the initial stages. On Sept. 21, OPD gained sufficient evidence to obtain a search warrant in reference to possible narcotics at a home in the 2000 block of Second Avenue East. The search […] 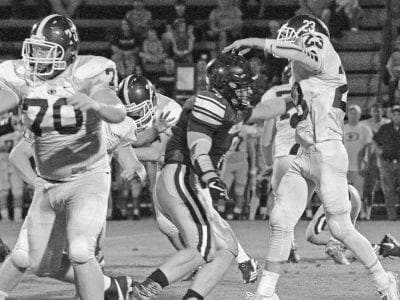 On a night when the two teams combined to rush 88 times and complete four passes, it was a missed extra point in the fourth quarter that proved to be the difference as the visiting Locust Fork Hornets fought their way to a 14-13 victory at Susan Moore. Locust Fork took an early 7-0 lead on a 33-yard touchdown pass […]