Knocked Down By Lightning During an electric storm Saturday afternoon Bill Aniton and his little grandson, Roy Roberson, Jr., were knocked to the pavement when lightning struck a shade tree on Second Avenue near the residence of R.R. Harris. Neither was seriously hurt. The little one was cut on one arm and was bruised about the head. Bill was badly […] 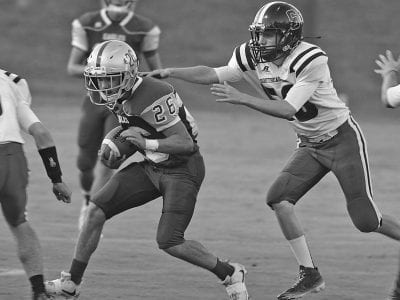 Eagles pull away from Mustangs

The Appalachian Eagles used a terrific effort from their defense and a big night from a running back to outlast Southeastern 21-12 last Friday in the season opener for both teams. Both defenses played well for the most part as the offenses struggled for consistency. Turnovers were also a problem as the teams combined for 13 giveaways. Appalachian got a […] 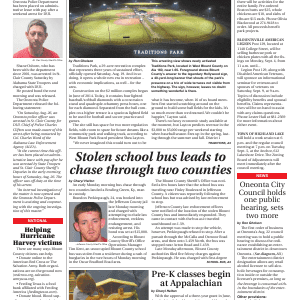