‘When you wrongfully arrest a civil rights lawyer, you know what’s coming next’ – Victor Revill

Attorney Victor Revill and his associate Megan Garcia were arrested last week outside the Blount County Courthouse. They had just emerged after representing a client during a protective order hearing. Revill is the owner of Revill Law Firm. The arrest related to Revill’s refusal to permit an inspection of property in connection with a search warrant. Therein lay the problem, […] 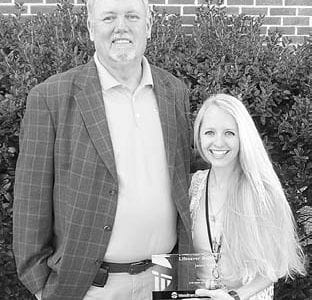 At a Locust Fork Elementary School assembly last Friday, teacher Jenny Goble received the Lifesaver award presented by WoodmenLife representative Phillip Robertson. Goble, who performed the Heimlich maneuver on an 11-year-old student, is credited for saving the student’s life. During the presentation, Robertson recognized all teachers as being heroes in the community, however, he pointed out that Goble exemplified much […]

The body of an Oneonta man was discovered inside his vehicle early Saturday morning. The Jefferson County Sheriff’s Department responded to the report of a single-vehicle crash in the parking lot of Center Point High School. Jonas Maldonado, 31, was found dead at the scene, inside his vehicle which had crashed into a light pole. Authorities believe that Maldonado was […] 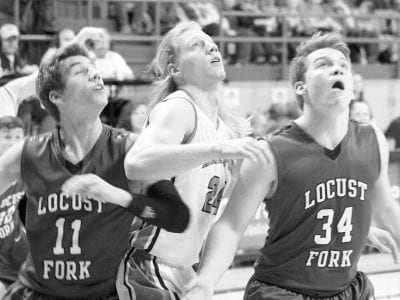 Fourth time not the charm for the Hornets


The Oneonta Redskins opened the high school baseball season going 2-1 against a trio of bigger schools last week. Oneonta 3, Pinson Valley 2 The Redskins scored two runs in the top of the seventh to get the win at 6A Pinson Valley. Oneonta pounded out 10 hits, three from Kevin Crim. Brody Moore and Jake Hodge had two hits […] 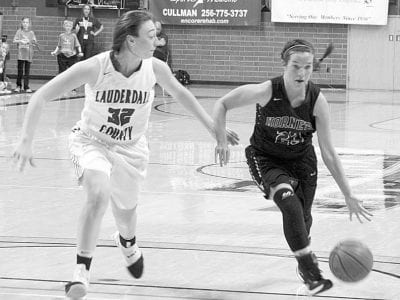 
It was a game worthy of a state title – more on that later – as Locust Fork booked a return trip to Birmingham and the Final Four with a 62-57 victory over five-time defending 3A champion Lauderdale County last Wednesday in the Northwest Regional at Wallace State Community College in Hanceville. The Lady Tigers (ranked No. 1) and the […]


J.B. Pennington will host the 16-team Tiger Pride Classic this Friday at the Blountsville Town Park. The park’s four fields will be utilized for the tournament. The teams are divided into four pools of four teams each and pool play will begin Friday at 4 p.m. There will be pool games at 4 p.m., 5:30 p.m., 7 p.m. and 8:30 […] 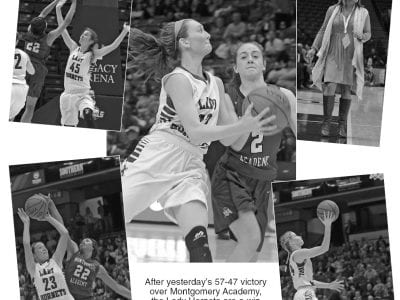 
EVENTS VALLEY GROVE BAPTIST CHURCH will have spring revival tonight through Friday, March 3, at 7 o’clock each night. The church’s temporary location is 1340 Deavers Town Road, Cleveland. Evangelist is Tommy Riggs, pastor is Jeff Logan. PINE BLUFF BAPTIST CHURCH in Locust Fork will have a singing with Canaan’s Crossing performing on Saturday, March 4, at 6 p.m. For […]