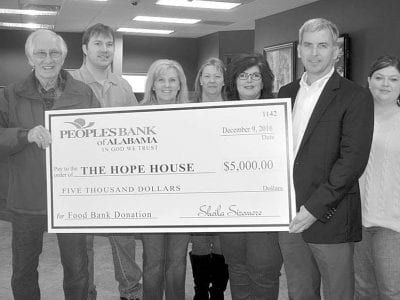 
Chris Latta, manager of the Oneonta branch of Peoples Bank, is shown holding a big check with Bud Jones, of the Hope House. The $5,000 check was given to the Hope House food bank as a part of the Peoples Bank Blount County locations’ chosen charity during the holiday season. The banks in Oneonta, Blountsville, and Locust Fork also sponsored […]

Lady Hornets and Redskins keep on keeping on

The Locust Fork Lady Hornets didn’t win the AL.COM Holiday Tournament in Huntsville last week but they came very, very close. Barbara Roy’s team took down 6A Hartselle (68-43) and 7A Bob Jones (57-43) in the tournament’s first two rounds before meeting Madison Academy (11-0, No. 2 in 4A) in the semifinals. The Lady Mustangs proved to be the toughest […]

At this month’s Cleveland Town Council meeting, the report from the park board took up most of the meeting. Councilman Doug Hill, reporting for the park board, expressed how wonderful “Christmas in the Park” went. Over 100 people came to enjoy the festivities such as refreshments, music, and photos with Santa. Hill requested that the park board go ahead and […] 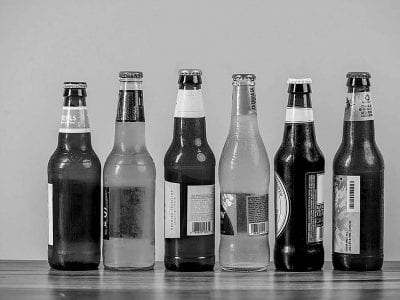 Hayden will hold an election Jan. 24, 2017, to determine whether to allow the sale of alcoholic beverages within the town limits. About 40 citizens of the town signed and submitted a petition requesting the election, as required by law, and the town council scheduled the election to take place more than two years following the last such election, also […] 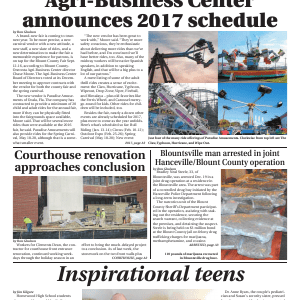